It’s officially been one year since I started Femme Frugality.  It’s been fun, fun, fun.  There’s a myriad of benefits I’ve enjoyed from it, but my favorites have been learning about new ways to save and make money that I would have never been exposed to if I had not constantly been looking for content, and interacting with readers and other bloggers alike.  In fact, quite a few of my posts have come from readers contacting me with their ideas, like How to Become a Brand Ambassador or How to Get Free Stuff for your Opinion. 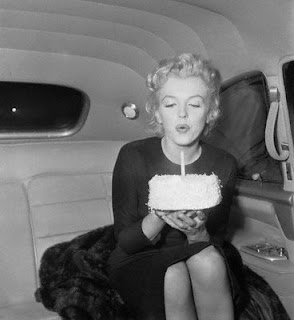 I thought it would be fun to spend today looking at some interesting stats from the past twelve months.  We’ll start with what can sometimes be the strangest:  Google Search terms.  Here are the top 9!
1.  joint  (The best thing I ever did for my blog’s SEO was to post a picture of marijuana.  Even if the article    itself was about joint checking accounts.)
2.  how to roll change (I know the exact post this one is talking about.)
3.  pediatrician sign (I have no idea how this one directed people to my blog.)
4.  DIY photo magnets  (Again, I know the exact post.)
5.  watch movies before they come out in theaters
6.  femme frugality (Aw, some of you didn’t get here by accident!  I love that!)
7.  how to do sign language  (I have a couple of posts that mention the language I have a love affair with.  It could be the one about kids in the library or the DIY sign language valentines I posted in February.)
8.  carnegie science center  (I wrote about how you could get in for free on the summer solsticeif you saved a snowball.)

That was a lot more boring than I thought it would be.  I guess the most common search phrases aren’t going to be the most off-the-wall ones.  A lot of them tie in to some of my most popular posts, though:
1.  A Pinteresting Post, which highlighted all the sweet things I had been finding on pinterest.
2.  How to Live Frugally in Spain:  A Guest Post  Thanks, Will!
3.  How to See Movies for Free.  In the Theater.  Before they Come Out.  It’s exactly what it sounds like.
4.  How to Sell Your Body to Science  Earn some side cash by letting the medical field farm you.
5.  How to Buy Whatever You Want Without Any Money  An ode to swagbucks.  Some people signed up under me after reading this…a lot of them  have earned some pretty serious swag!
6.  How to Tredecuple Your Coinage  I was rolling my change when I came across some odd coins.  Took them in and traded them in for about 13x what they were worth!
7.  Father’s Day for Free
And of course, the top referers to Femme Frugality!  There are so many fantastic bloggy friends out there, but these guys have sent the most traffic here:
1.  Life As Mom
2.  Nicole and Maggie
3.  Michelle at Making Sense of Cents
4.  JLCollinsNH
5.  Learning the Frugal Life
6.  Getting Ahead Blog
7.  The Frugal Girl
I’d be remiss if I didn’t mention the Yakezie network and challenge, which is a great tool for any PF blogger. I started the challenge in December and met my initial goals in June.  I hope to be in the next class!  Oh, and Erika from From Shopping to Saving and Lil Desiqua from Faster than Forever for encouraging me to start tweeting!
My goal for the next year:  stop using the word awesome so much.  I was looking over my posts and realizing I sound like I’m a surfer dude straight out of the 90s.  I don’t want to sound like that.  So I’m going to put a ban on myself for the next month:  Femme Frugality will not contain the word “awesome” in its content until at least July 27.  Wish me luck.