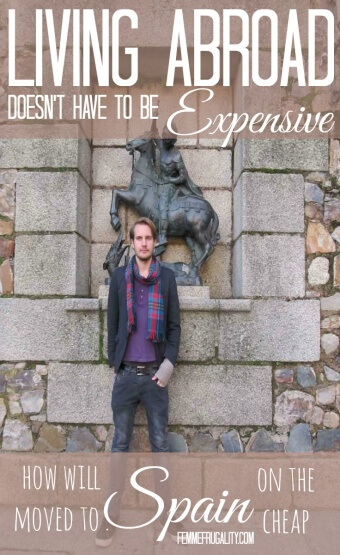 Will Peach is one the author of My Spanish Adventure, a site that documents his experiences living on the cheap in Spain. Take it away, Will! 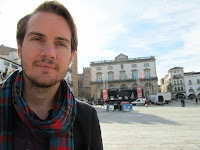 Many people see the object of frugality as a road to freedom and travel. Forget that. You don’t have to be rich to see the world. In fact living abroad, experiencing new cultures and getting all the joy that travel brings is so much easier than most people think.

Take my story for example. Living and working in London, scraping by each month, I used to think that travel was nothing but an intangible wish. And that was despite working in the industry itself!

It wasn’t until I took a big chance in fact, because I arrived at a certain point of desperation in my life, that I came to such a realization. Informing my employers that I’d be leaving, that I wanted to go learn Spanish and live in Spain, was how the levees broke. Now, almost five months later, I’m still here and saving more money than I’ve ever been able to before.

How do I do it? Well, as I’m sure Femme Frugality would attest, it’s actually very simple. But aside from the obvious one of keeping my expenses lower than my income, there’s actually a lot more you can do to live frugally in Spain. What’s more is that you can also have an ace time doing so, too!

Travel on the Cheap: Couch Surfing 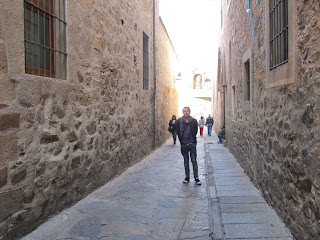 The first massive money saving tip that has helped to revolutionize my life abroad can actually extend to anywhere in the world.

In avoiding pricey hostel and hotel stays – specifically when I fly to and from my native UK – CouchSurfing.com (CS) has become a key tool in my arsenal of frugality. Signing up for free there has been the best expenditure of energy I’ve made in the past year.

During the past few months I’ve surfed couches in many different regions and cities in Spain including Madrid, Caceres, Merida, Malaga, Plasencia and also here in my city base of Granada. Not only have I saved money, but I’ve also made amazing friends along the way.

I’ve managed to save money on travel in and around the country too by linking up with other CS’ers online (the Spain and Granada group are very active) to car pool, share ticket costs and snag discounts on local deals.

No matter where you live it’s worth investigating CS! 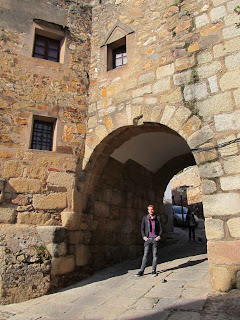 To keep up with my objective of achieving Spanish fluency before I reach 27, it was obvious that moving out here would be the most logical thing. A member of the EU (thanks to my British passport) I knew coming to Spain would be sensible as I wouldn’t have to pay the visa costs of somewhere possibly more attractive like Argentina or Chile.

The next smart move I made was to base myself in one of the cheaper areas of Spain. If I’d have gone to Madrid or Barcelona (and paid the 300-500 Euro apartment costs) straight off the bat, I would have struggled to keep afloat financially. That’s why I first chose Extremadura, and the provincial capital of Caceres, to live the first time I came here. In that location I knew I would pay only around 100-150 Euro in apartment costs, enabling me to live fairly comfortably without the risk of blowing everything all at once.

Returning the second time around, thanks to my increased income, I’ve chosen to live in Granada, Andalusia. Here I don’t pay too much more (175 Euro a month) for a shared apartment and I also get to know and explore a whole new region of Spain without having to worry too much about my finances. 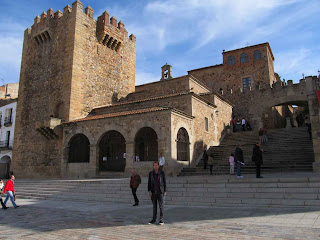 One of the great things about Spain – and one that it absolutely spanks the UK on – is its great weather. Thanks to it my flatmates and I can avoid hefty heating bills by foregoing it altogether.

But that’s not the only area we can make quick and easy savings. We also save by sharing the costs of consumable goods like milk, cheese, tea and butter as well as cleaning products we use to keep the place in good shape. There’s no “I” in teamwork after all – and frugality is certainly something that falls in line with that philosophy.

Having said that, Granada is also a fantastic place to eat out on the cheap alone, thanks to the wonderful Spanish cultural staple of tapas. Here you can walk into a bar, order a drink and get a main meal (I’m talking bruschettas, sandwiches, burgers, steaks) completely for free.

Other ways in which I save on a day-to-day basis include buying a transport card (which lowers the cost of each individual bus fare), shopping for produce at fruterias (generally cheaper than supermarkets) and swapping going out time for Spanish learning time (enabling me to be able to suss out if I’m getting good deals on things in the future or not).

Possibly the Most Powerful Frugal Tip As readers of this blog will know, nothing is better for saving than increasing your level of income (or adding different streams.) Here in Spain, as native English speakers, you’re sitting on the potential goldmine that is your language.

Finding work as a private instructor or even in an institution isn’t hard at all. Start by posting some notices around town, writing ads on local websites and just talking to people saying you’re looking. After you get that first client things will quickly snowball and you’ll end up being recommended across town. You don’t have to worry about being certified in any manner, either. Most Spaniards are interested in conversation classes, so all you need to do is pitch up with a list of topics, talk and correct their errors.

Living Abroad Doesn’t Have to be Expensive

Living abroad and traveling, in terms of frugality, isn’t that different from what you’d do at home. The benefits however, especially for people like me, are ten-fold. Not only does this opportunity allow me to better know myself and what I want in the future, but it also opens my eyes to new possibilities.

So while a lot of these tips can be extended to any country, I would urge that you do try to live and work in a different culture at least once in your life.

Dive in and you’ll probably also notice it’s a lot easier to remain frugal and live cheaply in other countries than it is in say the UK or the USA.

The fact that people assume that living or working abroad is a pursuit solely reserved for the rich is ludicrous. Hopefully I’ve helped to show you that this isn’t the case at all.

17 thoughts on “How to Live Frugally in Spain”