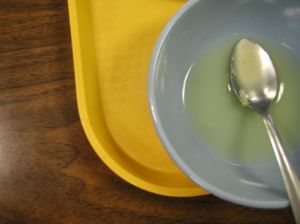 One of the biggest things that left an impression on me while working in the public school system was noticing for the first time that some children get their lunch for free.  I’m sure it went on while I was in school.  (Though probably not as often as I was fortunate enough to grow up in a school district full of privileged [and sometimes overly-priviledged] children.)   After I made this realization, I started to recognize that for many of these children, this may be the only true meal they eat all day.  It broke my heart, but also made me smile that at least there was this resource for them.

In my naivete, I had never thought about what happened in the summer months.  Surely resources for families do not get any better just because school lets out.  But those same children are missing at least one meal they would have otherwise been provided with.
Enter the Summer Meal Program.  Started in 1968 by the USDA, it’s gone through some evolution over the years, but the end result as it stands today is that those same children can get nutritious meals at any number of sites throughout their state.  In Pennsylvania there are over 2,000.  You have to apply for the program with your state, much the same way you would have had to apply for your program during the school year.  Then, locate a site using the resources below:
Find a site in Pennsylvania
For nationwide inquiries, you can ask for a list at the time of your application or call the National Hunger Hotline at:  1-866-348-6479.