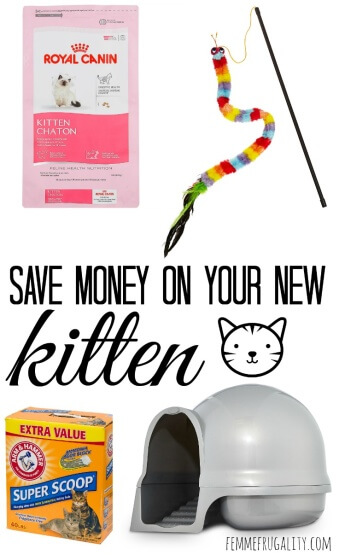 It all started when I was purchasing a health care plan in December. Prices in our region went up dramatically. But we’re young (ish) and generally healthy, so I opted for a plan with higher deductibles. I was still spending more on premiums than in 2015, but affording a plan similar to our old one would have put more strain on our budget than necessary.

Or so I thought. We’ve had to pay a co-pay at least once a week this year, and have had more health care emergencies than I’d care to think about. Next year, I’m going with the lower deductible and higher premium. We would have saved so much money this year if I had just done that in the first place.

Then, our car started giving us troubles. The one that’s paid off. Of course.

So many troubles that we found ourselves paying thousands over the course of just a few months, only to get the bad news that it will probably only last us a year. So while we fix that one, it’s time to start saving for another.

Then, there was the kitten. In this respect we’re lucky, my friends. One of our children could benefit from a therapy cat, and a family member was incredibly generous to essentially sponsor us. So while the following expenses were heartbreaking, they did not destroy us financially. Though without this generosity, they easily could have.

Initially, we tried to adopt a shelter pet. The breed of therapy cat that could benefit our child, though, is not overly common. Every time we found one, it was gone by the time we got to the shelter.

Time was ticking by. Precious time that the animal could have been helping us with. Eventually, the sponsor-esque family member decided to go with a breeder.

We brought Chaton Frugality home, and all was right with the world. Our child was reaping the emotional benefits, Chaton would sleep with them every night. They were inseparable best friends. Though sometimes she would take a break to help me out with work.

A few weeks into her stay with us, she started acting weird. She was eating a little less. She was playing a little less. It was enough of a cause for concern that I took her to the vet. They gave her some antibiotics and told us to come back in 48 hours if she wasn’t feeling better.

I got to 24 hours before I rushed her into the vet ER. She wasn’t drinking or playing at all at this point. They calmed my nerves, saying it was probably nothing…something viral that would work its way out. But they were going to give her an x-ray just in case.

When the vet came back, she wasn’t as cheery.

Little Chaton had FIP. It’s a corona virus that attaches to the white blood cells, so every time your body tries to fight the virus, it’s actually making things worse. It is always fatal. She had a couple weeks left at most, but I was told it would be kinder to put her down when her quality of life got unbearable.

Grief. Vet bills. The decision on whether or not to educate our young children on the concept of death. It was a harrowing time.

As I said, our family covered the bills. I don’t know how to thank them. They came out to well over $1,100, and after three days, all we had to show for the expense was a kitten that we had to euthanize. Her stomach had expanded with fluid. She wasn’t eating or drinking. She literally laid there all day because she could no longer walk.

We took some time to grieve. Our family member contacted the breeder, who was devastated. None of her other cats had FIP, though it is possible that they were carriers. Since they didn’t exude any symptoms, there’s no way she could have known. And truly, we don’t know with a certainty where the illness came from.

We call this one Dog-Cat, because that’s exactly what she acts like.

The kids are adjusting well. At first, the child that needed the cat to begin with was calling her Chaton. They look similar, and death is a hard thing to comprehend.

But her individual personality shines through, and I think through these unique quirks, my children have learned that while we will love and miss Chaton always, there is more than enough room in our hearts to love Dog-Cat, too.

And loveable she is. When we have to close the door to our child’s room at night, Dog-Cat camps out outside the door until morning. She plays incessantly, and is encouraging my children to find excitement in the world where others would find nothing but boredom.

Love. Grief. And love again. Nothing would stop us from saving those souls that we love, but unfortunately bills are real life. Our family member’s generosity, and the ensuing positive results that it’s had on my child, once again remind me that we should not be too stubborn to accept help when it can impact our lives in such a deep and meaningful way.

Here are my best guesses to how much the kitten ordeal has cost:

Kitten from Breeder: I don’t want to know. I’m sure it’s expensive.
Vet bills: $1,100+
Food, supplies, toys and then replacing them after Chaton: Hundreds.

I know my math isn’t anywhere near concrete here, but the point is this: the cost of pet ownership can get ridonkulous right quick.

Save on Pet Supplies

There are certain ways to save on pet supplies. Of course, you can shop sales, but there are more regular things you can do, too. 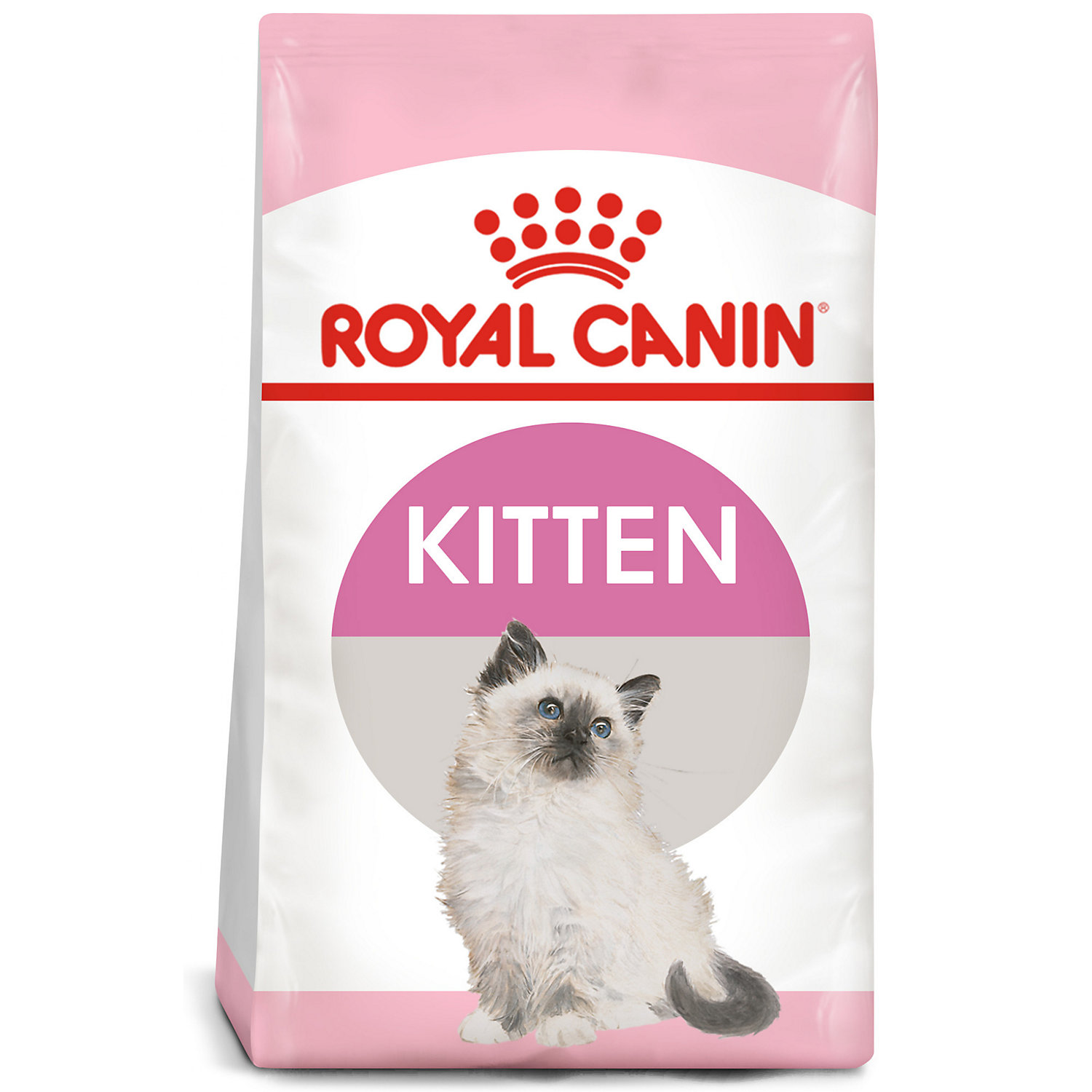 This is what Dog-Cat eats. Currently 34% off at Petco.

Going out to buy food can be inconvenient at best. One way to cut costs and avoid that scheduling issue is to set up regular delivery. Setting up regular delivery makes it harder to shop sales, though, so Petco assures that whenever it’s time for your delivery, you’ll automatically get the lowest price online without lifting a finger or doing any research. 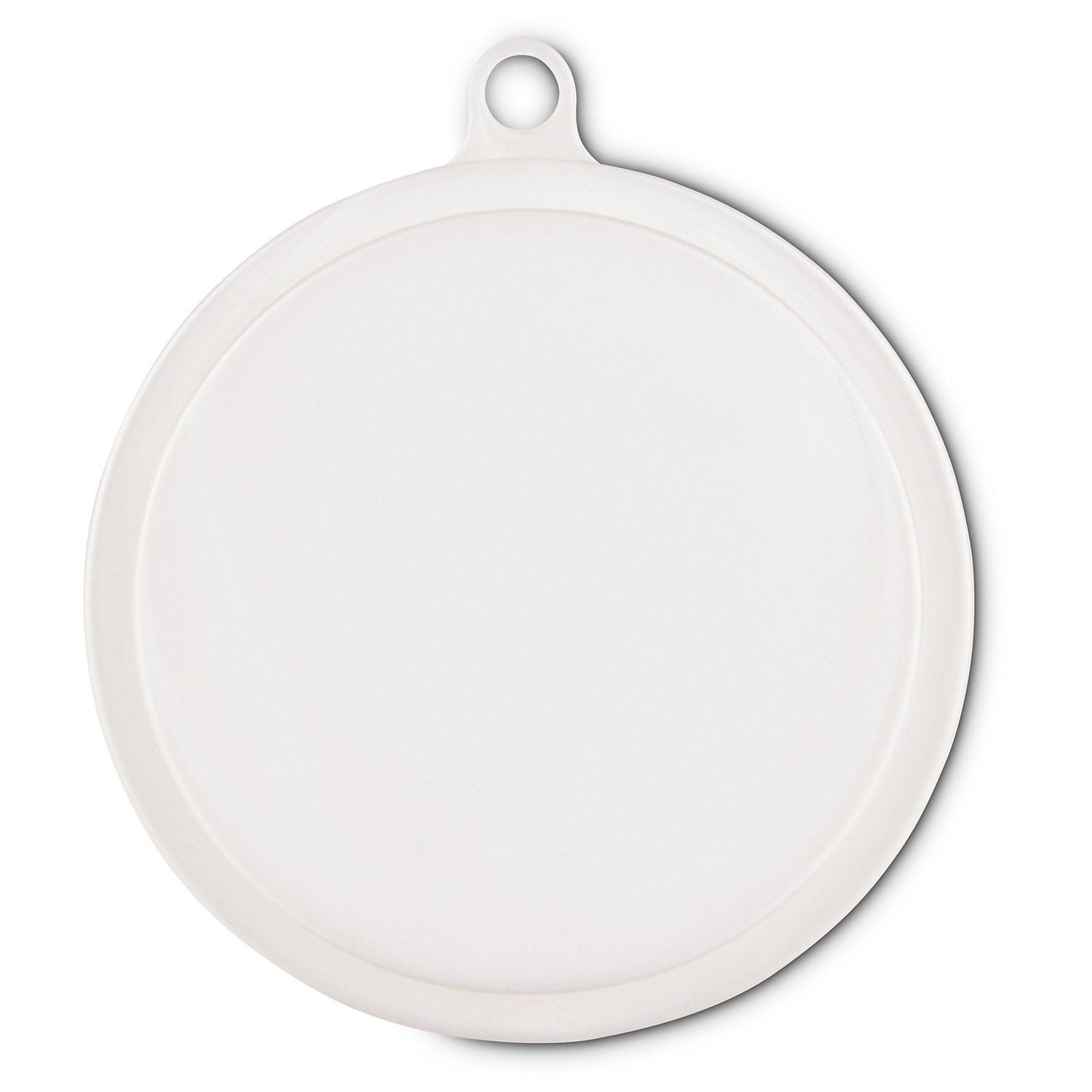 A cardinal rule of frugality is taking care of what you’ve already got. I wouldn’t have even thought of it, but having a lid for wet food is an essential part of keeping it fresh. Kittens typically only eat 1/4 of a regular-sized can at a time. Under $1 each, these lids have helped us avoid much food waste—and wasted dollars.

Pet Supplies Worth Investing In

This is the first time I’ve owned a cat as an adult, and I’m super glad our family member made these recommendations. Yes, you have to spend money, but these are products that are worth it. 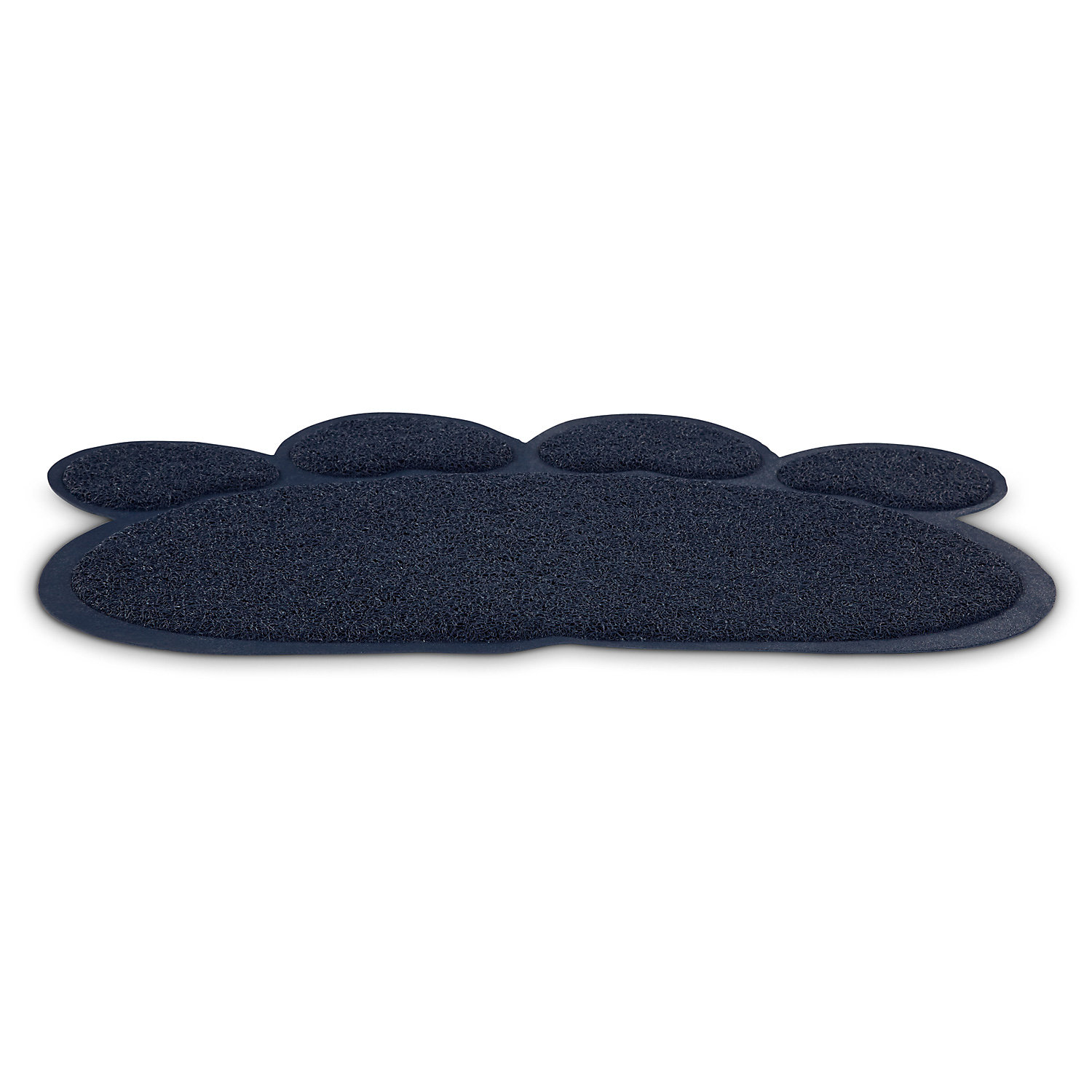 This is essentially a door mat for your cat’s litter box. That way when they get done doing their business, they’re not tracking litter all over the house. This one comes from SoPhresh, the same brand we have, and we’ve been extremely pleased with the quality for the price. In fact, right now it’s only $12.74—15% off. 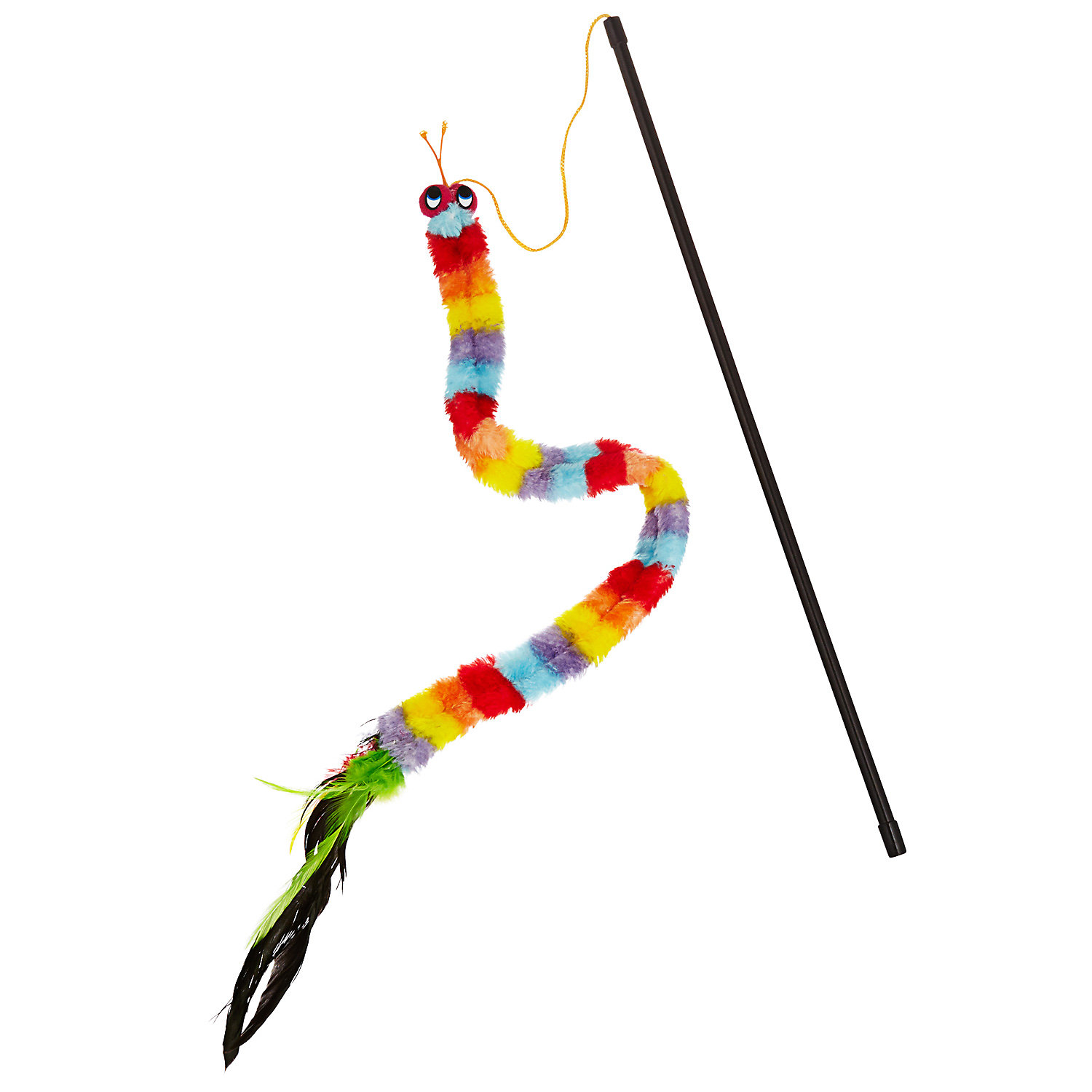 Maybe we have super strong cats, but every time they had a teaser with a toy attached to a string, the string would break in one day. We’ve found fuzzy teasers like this one to be far more durable. They don’t cost a lot of money at all–under $4—but if you’re constantly replacing them that can add up. 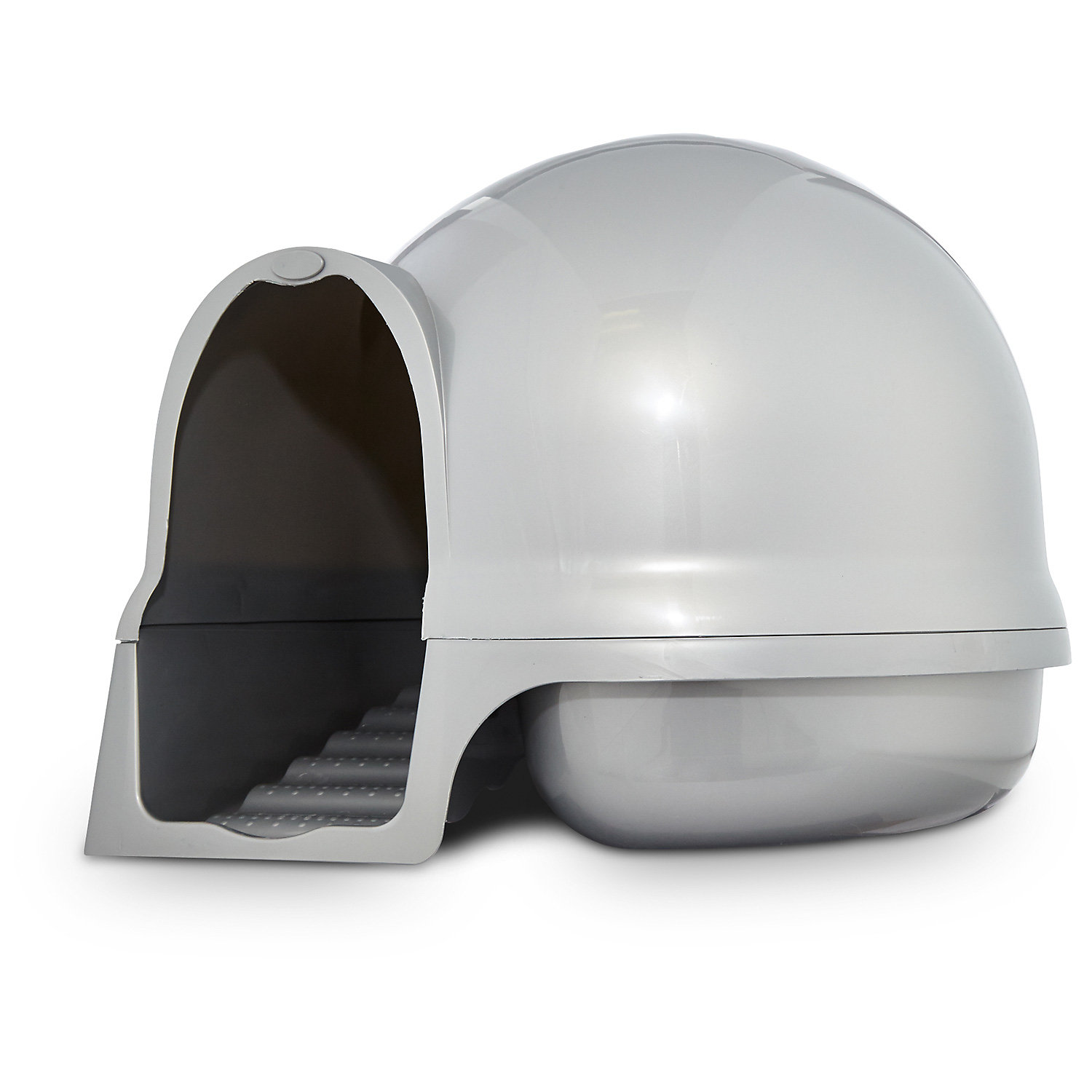 We have curious kids. Curious kids that don’t always get how nasty some of the things they do actually are. We knew the litter box was going to be a massive problem….it’s like sensory play only with disgusting germs!

So we made sure to get a domed litter box. This one also has a grooved ramp for the cat to climb into, which both prevents our kids from reaching directly in the hole to “play,” and helps get a little more litter off her feet as she comes out. But the litter trapper is still necessary.

It’s a little bit more expensive than your traditional litter box, but has also prevented us from having to call that number on the Mr. Yuk stickers. 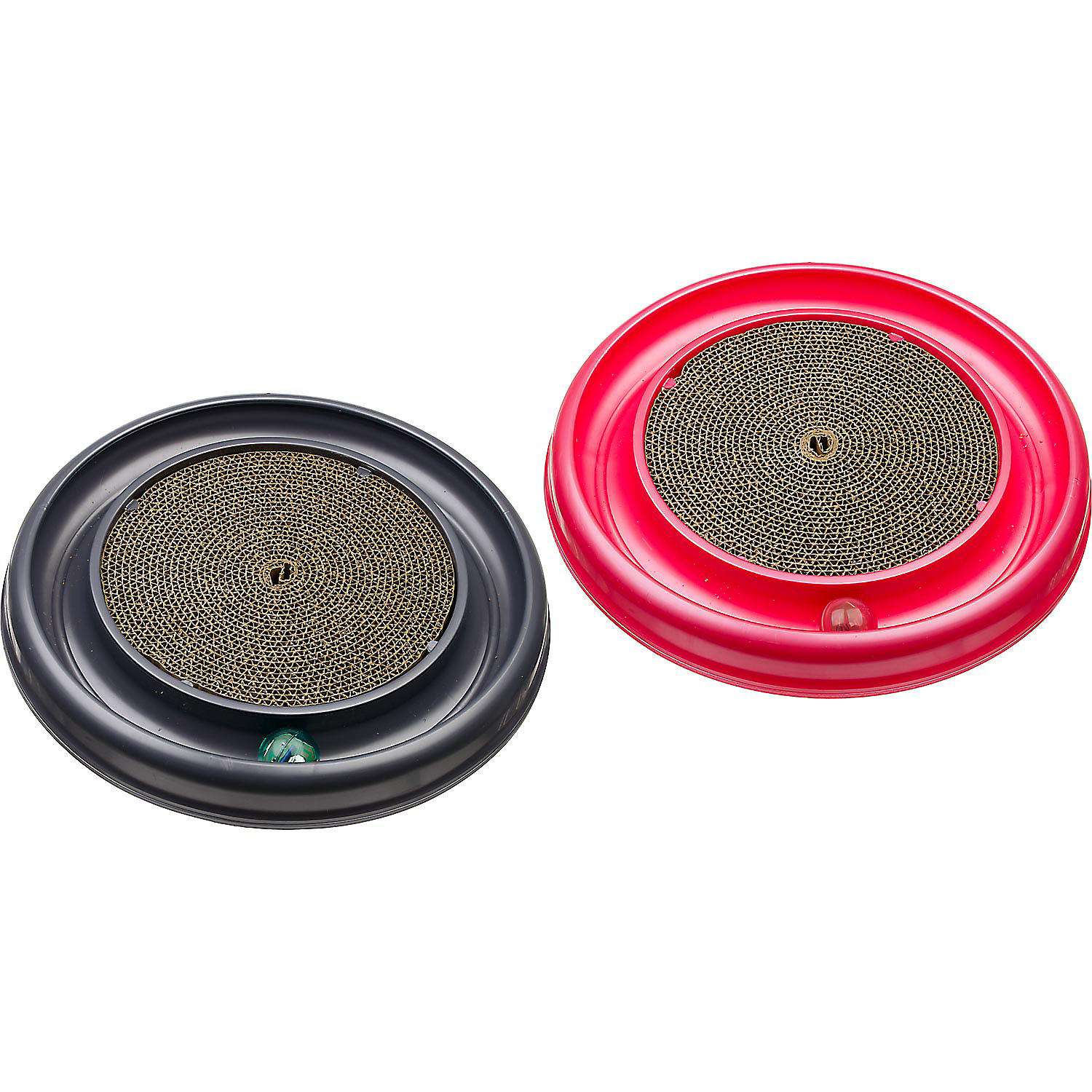 As far as I’m concerned, this is an essential. Every cat I’ve ever had has loved these. It’s a toy, but the middle, cardboard part also serves as a scratcher so they won’t feel inclined to put a hurting on your furniture. Plus, if they tear the scratching part up beyond repair, you can easily buy a replacement insert. That’s something you can’t do with most scratching posts. 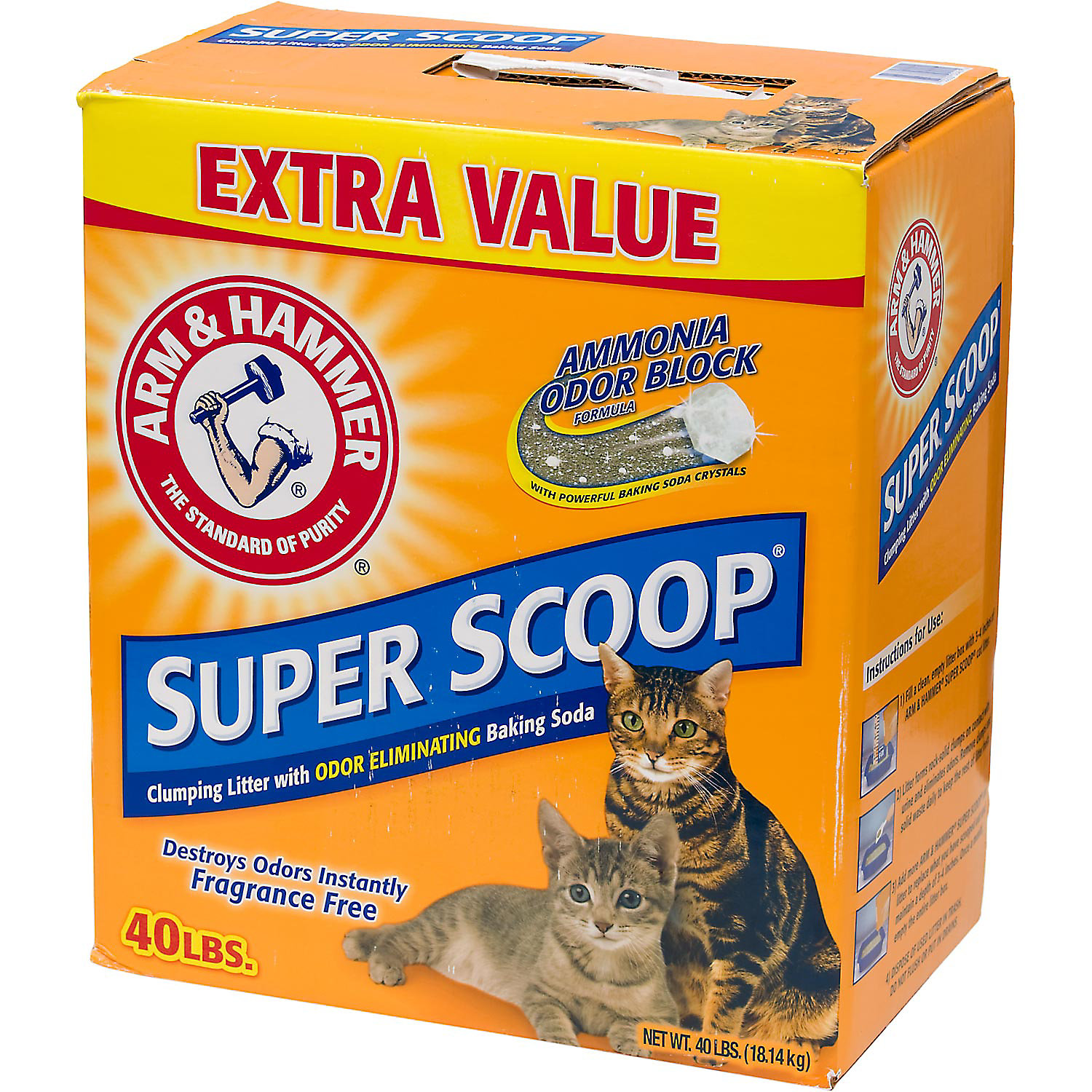 If you’re like me and your sinuses hate you, dustless litter is the way to go. Arm & Hammer came highly recommended by our vet, and has served us well thus far. No allergic reactions. No need to run out and buy some Claritin. No missing work because of a sinus infection. Technically only 99% dust-free, but total win.

Helping You Afford It All With a Giveaway

There’s no getting around it—even with hacks and buying quality products that will last, the costs of pet ownership add up. To help you ease the cost a little, I’ve teamed up with PetCo to bring you a $40 e-gift card giveaway. It will be open until 12:00 AM Eastern time on August 2nd. Use the Rafflecopter below to enter—best of luck!

I want to hear from you! How do you save money on pet expenses? Leave a comment below!

*This post is in partnership with Petco. I have received compensation for my time writing it. Regardless, all opinions are 100% honest and my own. This post also contains affiliate links.*

18 thoughts on “How to Save Money as a Cat Parent”