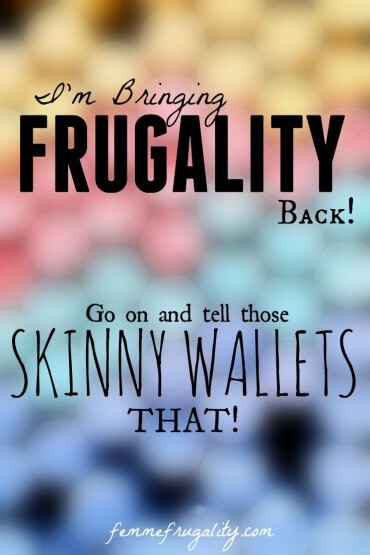 Along with 900+ other people in the financial media space, I recently got back from FinCon15. It’s a financial media conference that I’m sure most of you have read so much about it makes you sick, so I’ll keep my thoughts to the one biggest lesson I learned while I was there.

Everyone’s scared.  Every time you put a piece of your writing out there, a piece of your good writing, you’ve put a little bit of your heart and soul on the line. It doesn’t matter if you’ve just started writing, or if you’ve been doing it for years with wild success. Putting yourself out there is intimidating. Those insecurities are something we all feel, but when we push through them we have the potential to do great things.

There were about a million other valuable things I learned, too, but rather than tell you all of them I’ll try to show you all of them by implementing them over the next year.

FinCon was one of the most expensive things I’ve done in a while, though it was well worth it.  Although it hasn’t paid for itself yet, I’m hopeful that it will. Hopes don’t pay my bills, though, so for the time being I’m going to be bringing  frugality back on a serious level to help mitigate the splurge.

I’ve Been Bringing Frugality Back

FinCon isn’t the only reason I need to bring frugality back. I love my day job, but it’s feast and famine. At the beginning of the year, it was a feast. A glorious, financial feast. We saved a large portion of the additional income, and it’s been growing interest in our higher yield savings account among other places.

During that feast, we also found ourselves with a lot less time. My husband works and goes to school full-time. I was blogging and writing for others. I was working my day job in feast mode. And we have kids. It all resulted in a serious time crunch, where we started paying more for convenience than we ever had in the past. Couponing got thrown out the window. We went on a road trip that I didn’t have time to prepare for, and as a result, ending up spending way too much money while we were gone.  We found ourselves eating out more, because we were so beat we couldn’t imagine cooking our own food.

Pretty much, we were ridiculous. While we upped our savings rate in a huge way, we also upped our spending rate. An increase in income isn’t a move up unless you avoid lifestyle inflation like the plague. I shudder to think how much more we could have saved if we had kept to our old, frugal ways.

[Tweet “An increase in income isn’t a move up unless you avoid lifestyle inflation like the plague.”]

Over the summer, work dried up naturally. So we started bringing frugality back to avoid dipping into that savings. We started rolling coins again. I kept an eye out for coupons we’d use on products we already buy. We started cooking more, but have to get back to doing it every single night like we use to.

I thought the Fall would bring a more modest feast, but it’s turned out to be a famine. It also turns out that we’ll be okay since I’ve been building this writing thing, insecurities and all. But should the rain start to fall on the dry fields that are my day job work opportunities, or should I start picking up enough writing clients to get our savings numbers back where they were at the beginning of 2015, you can be sure frugality will still be there.

One of the biggest things I learned at the beginning of our journey was just how little we could get by on, and it seems a waste to earn more if we let our spending creep up.

My wallet is definitely skinnier lately, after traveling and taking a temporary income cut. But I’m not defeated. I’m always up for a good challenge. With frugality and some tenacity, we’ve totally got this.  My wallet will have its booty back in no time.

How is your wallet looking these days? Want to enter a frugal sojourn with me?

UPDATE: Now you can, by joining The Frugality Challenge!

30 thoughts on “I’m Bringing Frugality Back! Go On and Tell Those Skinny Wallets That!”