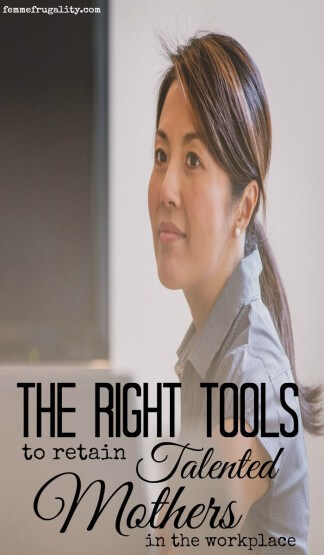 When I was expecting my oldest, we had limited idea what we were doing with a newborn. I had some babysitting experience, even with the littlest of babies, but that does not equate to having one of your own 24/7. My husband…I don’t know that he had ever held a child that small.

Luckily, our local hospital had some classes, and thanks to insurance, they were free. The first was a one-night training on how to take care of a newborn. I learned the proper way to swaddle, which came in super handy. The husband learned things like how to change a diaper, and how to hold our little bundle of joy without breaking their neck.

We also learned not to get freaked out by milia, how to take care of an umbilical cord until it falls off, and that if our baby’s eyes didn’t move in tandem on day one, that was perfectly A-OK. It was awesome. It gave us all the right tools to be less-stressed out new parents. We were as prepared as we could be to take care of this new, human life.

The other class was a six-week childbirth class. I was hoping to learn what the heck I was supposed to do with my body, and what the entire process would look like from triage to discharge. Instead, here are some of the gems we came out with:

[Tweet “Horses don’t scream when they give birth, so you shouldn’t either. SMH.”]

More power to women who want to give birth au naturel. But that’s not the course I signed up for. I signed up to learn what was going to be happening with my body, and how I should handle things in my specific situation. Even if I chose the epidural.

The last class was about one week before I gave birth, and my body was feeling kind of horrific. I was completely burned out on horses and dogs, and since the course wasn’t giving me the right tools for my specific situation, I cut class.

What Happens When You Don’t Have the Right Tools

New mothers often don’t have the right resources. After they’ve given birth, those who opt to go back to work are forced into yet another new situation that’s stressful and intimidating: reentering the workforce as a mother.

Most employers don’t have the right tools ready and waiting for new mothers. It starts with maternity leave, something that’s fairly easy to plan for should it be a healthy pregnancy. Instead of calling in a temp, many companies pass the workload on to fellow employees, making them resent the new mother. Instead of looking at the problem with HR, too often we look at the woman’s biology, labeling it as the problem.

After you come back from maternity leave, you may deal with some tension, but you’re even more likely to deal with stress. Instead of getting the flexibility you need, you’re often met with rigidity that doesn’t allow for the creativity needed to retain your talent.

And that’s how it happens. That’s how we lose talented women in the workforce. While some opt to stay home from the get-go, others desperately want to go back to work, but aren’t met with the right tools to make it all function. Gender bias, both external and culturally-inflicted to the point where it’s internalized, makes mothers experience this more often than fathers.

To give you an example of a company and career field that does provide what mothers need to get acclimated to a new environment, here are some of the tools Northwood Realty, a real estate agency that actively recruits mothers, provides:

Simply having an infrastructure like this works wonders. It allows employees to work at times and places that are good for them. In this specific industry, you get paid when you produce, and I’ve met enough of their star agents to know that mothers are among the highest ranking. It just goes to show that motherhood isn’t the hindrance; it’s the system we have set in place.

Ever come into a situation where you were set up to fail? Or succeed? Mother or no, I’d love to hear your experiences in the comments!

[Tweet “Motherhood isn’t the hindrance; it’s the system we have set in place. #NorthwoodForMoms”]

*This post is part of the Northwood for Moms campaign through the Motherhood.  Regardless, all opinions are 100% my own and 100% honest.*