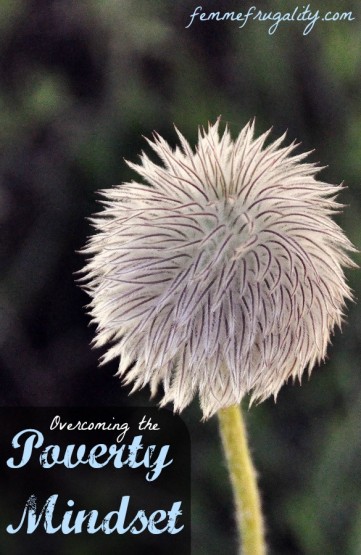 My family has been on a long journey. You know those posts titled, “How this family of 5 lives on under $xxxxxxx per year?” And they get you all amped up that maybe you, too, could live on that little and invest the rest?

When I started this blog, we lived on far less than $xxxxxxx a year. If I revealed the exact number, your jaw would hit the floor. There was nothing inspiring about it. It was hard. It was demoralizing. A lot of days, it seemed like there would be no end to the struggle. For a while, we worried about things like food. Then we got wise and humbled ourselves enough to get assistance for our family. There were children involved. This was no time to fight a battle of the ego.

During this time, I went to school. My husband worked full time. I applied for mad scholarships that helped fund our day-to-day, and did crazy side hustles like entering medical tests for cash. It was stressful, but we were doing all the right things to move up and out of that perpetual stress.

Because it is stressful. A lot of times when we read about the poverty mindset, we read that the thought process itself is debilitating. I disagree. Maybe it does different things for different people. In our case, that mindset motivated us to do everything we had to do to in order to provide. Get by. And eventually, move up.

Move up we did. I graduated and got a job that paid far more than the $10/hour I had been making previously. (Because that’s what happens when you have a high school education and live in a city where education is one of the top two economic drivers.) My husband cut some of his hours so he could go to school, while applying for those scholarships along the way to compensate for lost income.

Our situation had dramatically improved on paper. But when we lost assistance, we had to allocate a large portion of our newly earned cash flow to the things it had been covering. While we sometimes flew without health insurance for the adults in our family before the ACA, tax penalties made it a bad financial move to not purchase a plan that runs us hundreds of dollars per month.

So we kept hustling. Our tax returns looked better, but that poverty mindset persisted. We were in this weird middle ground where you aren’t, in fact, below the poverty line anymore, but in order to maintain that adjusted gross income, you have to keep living like you are. There was always something to do. There was always more work. There were always more chores. I, for one, was exhausted.

Things eventually got a little bit better. Today, we don’t make anywhere near six figures, but our efforts are evidencing recognizable rewards.

A few weeks ago I asked myself, “If all of this is true, then why am I still so stressed?”

That poverty mindset is tough to beat. After living in it out of necessity for so long, I hadn’t allowed my brain to shift gears and realize that things were finally going to be okay. It doesn’t help that I write about personal finance, and as a result have very lofty goals for my retirement, house fund, and income. We’ve always been great at managing our finances, and have stellar credit scores.

It was always the income that was lacking, despite our hard work and practiced responsibility. Since our numbers had changed, I had been stuck in this backwards ambition to be so wildly successful, not in spending, but in saving and earning, that I was doing a reverse version of Keeping up with the Jones’.

For the first time in a long time, I’m giving myself permission to breathe. I can do this because we’re lucky enough to no longer be in a position where relaxing will destroy us.

Something funny has happened since I gave myself that permission. I feel calm. I feel less panic and stress in my life. I’m more productive, and am actually able to work less because of that productivity.

That stress was what allowed us to move up so quickly, though nothing about it felt quick while we were in the midst of it. It is a tool that I wish no one would have to wield, but I am nonetheless grateful for the role it played in our lives. Today, I’m able to set it down. Put it in a drawer. Pray that I’ll never need it again.

My success no longer depends on that stress. It depends on all the tools and skills I have armed myself with throughout this journey. It depends on my active decisions to engage daily with happiness.

I’m out of survival mode.

20 thoughts on “Overcoming the Poverty Mindset”