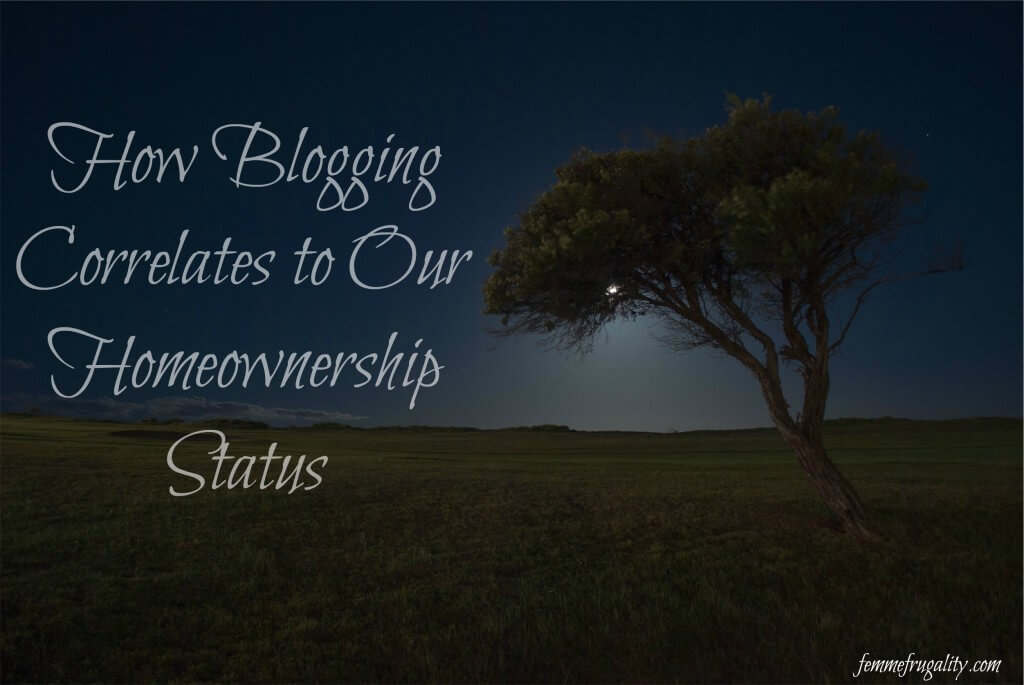 Back in at the New Year I shared my goals to own a house (we’re taking seriously now, I promise.)  In order to do this in the time frame we wanted to, we were going to have to pull $10k out of nowhere.  I decided to make “nowhere” this blog.  I set a goal to double my stats in six months: June.

Some pretty big things have happened, so I thought now would be a good time to share.

Part of that $10k calculation included a pretty hefty tax return.  While we still got a lot back on our taxes, we made a little more money in 2014 than 2013.  It turned out that it lowered our return by a lot.  So that $10k goal probably just jumped up to $15-17k over the course of the years I made my projections on.

Want to hear something else semi-interesting related to our taxes?  If we hadn’t gotten married in 2014, our return would have been closer to what I projected.  Filing separately would have hurt us, but if we had put off the big day for another year it would have paid dividends.  I don’t regret it even a tiny a bit.  But it was something I was unprepared for.  (I don’t think this is typically the case.  We have kids together.  And our incomes are not equal.  Both things to take into consideration.)

So I’ve been seriously thinking about not putting 20% down.  We could move tomorrow if we did this.  But we’re not going to.  If we save up say 12%, then we would only have to pay PMI until we had 20% equity rather than the entirety of a loan if we went FHA.  (I have no idea if you read this blog regularly, but either way thank you to my dear friend for pointing this out to me the other day.)

12% is not the goal.  20% is.  But if we don’t hit it in our time frame, all is not lost.  We’re shooting for the moon, and hoping we’ll land among the stars.  It would be really cool if we got to the 20% moon, though.  The biggest concern with this time frame is my children’s educational options.  Great now.  In a couple of years the greatness starts subsiding.

My biggest goal was to double my traffic in six months.  Something kind of amazing happened.  I didn’t need six months.  I hit double on February 20, and I just checked my three month average.  That’s double, too!  So now the goal is to maintain that.  Because that in itself is going to be some hard work.

In order to reach the double goal, I had some approaches I wanted to try out.  The first was SEO.  I must be doing something right in this realm, because my search engine traffic went up.  Not a ton, but enough to see progress.

Side note:  I’m still not quite sure what I’m doing right.  I just write.  And then try to make my plug in happy without editing my posts.

The second aspect was social media.  Pinterest has been the hugest driver of traffic overall period the end.  I owe a lot of this to tips from Joyce at My Stay at Home Adventures and Jessi from The Budget Mama.  Thank you for fielding my questions and helping me grow!

Twitter has gone all right.  I’ve gained probably 800 followers.  I could dedicate a little more time to this (emphasis on the little.)  I know what I’ve got to do.  I just have to make it a priority.  It’s something I just keep forgetting to include on my long to-do list.  As far as mutual tweeting, I’ve gotten on Twitter Feed, but I’m finding that a majority of people I’m mutual tweeting with aren’t reciprocating.  In some cases I’m convinced it’s an error with the system, but in others I’ve found that they’re just plain old not reciprocating.  Does anyone else have this problem?

And Tweet Cards.  I’m having a nightmare of a time figuring that out.

As far as giveaways I had one over the past month, and have another one coming up around the corner.  I found some really great sponsors (or they found me!) and that does seem to help numbers, too.

My last goal was Alexa ranking.  It was my least important goal, but I’m seriously thinking about just dropping it.  As other things have been going so well, Alexa has dropped (or gone up, depending on how you look at it) by 100k.  It’s just not an accurate measure of total traffic.

I haven’t upped the monetizing, really, since these changes have happened.  So income hasn’t gone through the roof with these changes.  But hopefully the groundwork is laid.  I’d like to reach the moon of 20% if at all possible.

Seriously.  Those numbers that doubled?  That was you.  If you want to see anything here let me know.  Sometimes I write my opinions. Sometimes I write what I think will be helpful. But I want to write what you think will be helpful.  Not just for the moon of 20%.  But because that’s the whole reason I started writing 3 years ago.  And it’s the real reason I keep writing now.

28 thoughts on “The House and Blogging Goal: An Update”