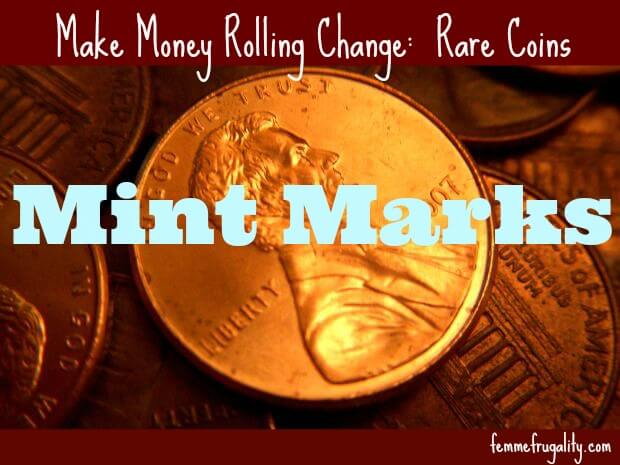 Last week we talked about what to look for when you’re rolling pennies.  I referenced mint marks a good deal, and realized that perhaps I should have explained those a little better.  This post will cover what mint marks are, where you can find them, what they mean, and what their absence means.

What are mint marks and where do I find them?

Mint marks are tiny little letters generally printed to the right of the figurehead on your coin.  (On many coins, this is also right near where the date is printed.)  You may see a D, S, P, or even nothing at all.  Finding different letters on coins printed in different years may denote value.  You will learn all about specific values in the specific articles geared towards pennies, nickles, dimes and quarters.

What do they mean?

Each letter notates where the coin was created, or minted.  For example, D indicates that the coin was minted at the treasury in Denver. 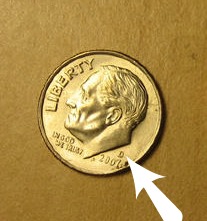 Denver has been minting coins since 1863.  But it didn’t start out the way you’d think.  Originally it was set up as a part of a private bank where gold miners could bring in their finds to be melted down, measured, and stamped with their worth.  Shortly after the turn of the century (the one that turned 1899 into 1900,) they revamped and made it a full-on mint where they print coins that are distributed for use by the public.  Pretty much every coin that has come out of Denver since that time will have that “D” mint mark on it.  Except for the years 1965, 1966, and 1967, when no coins have any mint marks at all.  (If you have a coin that predates 1965, look for your mint mark on the back.)

Spoiler alert:  the P is for Philadelphia.  And once all those people started moving west for gold and other opportunities, not only did it take a lot of time to ship coins from Philly all the way to the west coast, but it was also incredibly dangerous.  So a mint opened up in San Francisco in 1854.  It started out much the same way as Denver, but eventually started making circulating coins.  And those are notated with an “S.”  There were a couple of years they weren’t printing anything at all, and since 1955 they haven’t printed any circulating coinage.  Just proofs.  (Which we’ll talk about in a later post.) 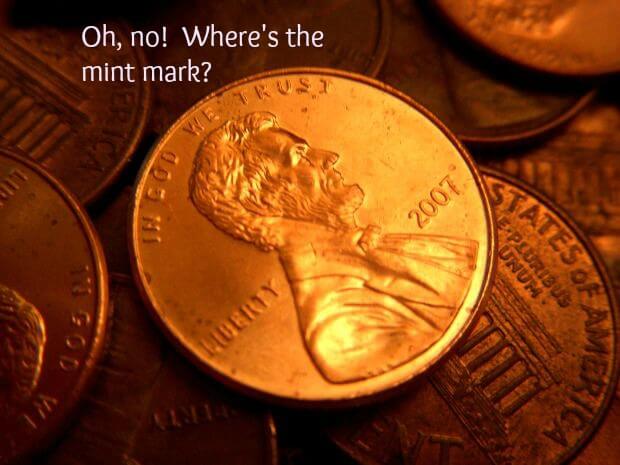 The original mint was in Philadelphia.  Because they were running solo, there wasn’t much need to mark the coins with any mint mark.  And when other facilities in other parts of the country opened up, they just continued with the mint mark, and that was their coins’ distinguishing feature.  In World War II there were some nickles minted that had a P for Philadelphia on them.  And Susan B Anthony Dollars.  But it wasn’t until 1980 that printing the “P” became an actual practice.  On everything except the penny.  So when you see a naked penny, know it was struck in the city of brotherly love. 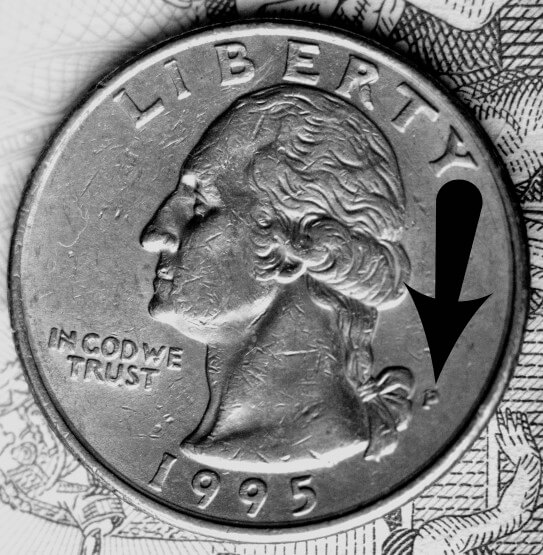 Just because you haven’t seen a W on your coin doesn’t mean you haven’t held money that was struck at West Point.  For a long while, they were creating coins there even though they weren’t an official mint until the late 1980s.  So they didn’t have any mint marks on them, which means you probably just thought they were minted in Philadelphia.  Now they make collectible coins that do have the “W” mint mark, but if you’re rolling coins you’ve gotten back as change the odds are very low that you’ll come across one.

There are some other mint marks that have been used in our country’s history.  If you find one of them,  you’ve likely recognized it by other features unique from contemporary coins.  It’s going to be very old.  Well over a century.  Don’t touch it with your bare hands.  Put on some gloves, grab some tweezers, whatever you have to do to not get those hand oils on there!  And then take it to a coin dealer you trust.  Or save it for future generations.  Whatever floats your boat.

11 thoughts on “Make Money Rolling Coins: What Are Mint Marks?”