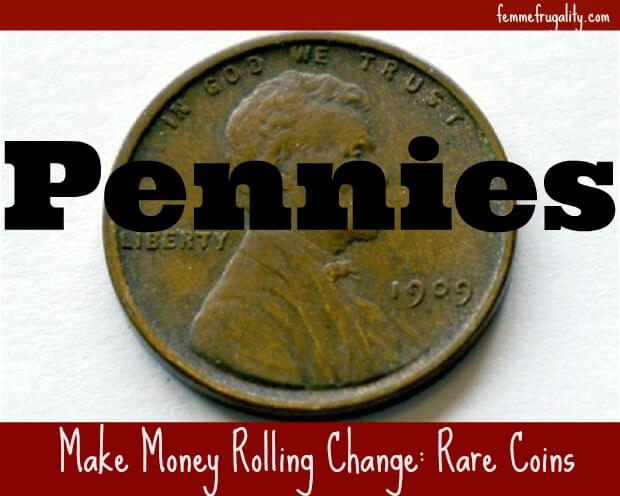 Over the past few years, we’ve been collecting our change rather than spending it.  Saving it up really makes you appreciate how much you let slip through your fingers each day.  We roll our own rather than taking them to the bank, so while I’m at it I try to make sure I don’t let anything really valuable go for less than it’s worth.  The first time I looked for higher than face value coins I wrote about how I tredecupled the value of some coins I found.  Since then I’ve really been researching what to keep an eye out for, and I’ll be sharing it in a weekly series here on the blog for the next month.

The rarest of rare.

A good rule of thumb is, if there’s anything other than Lincoln on the face, you’ve struck penny gold.  Your coin is probably old as all get out, and there aren’t a lot of those around anymore.  We are accustomed to the small cent, and back in the day the small cent had pictures of the Flying Eagle or Indian Head.  But their contemporaries and predecessors were larger, and are known by the names of Flowing Hair Chain, Flowing Hair Wreath, Liberty Cap, Draped Bust, Classic Head, Coronet, and Braided Hair.  These coins are well over 100 years old, worth hundreds to thousands to even a million dollars, and you’re not likely to find them in your change jar. But it never hurts to look.

Let’s say you’ve got Lincoln on the front, but on the back you have something that looks like this: 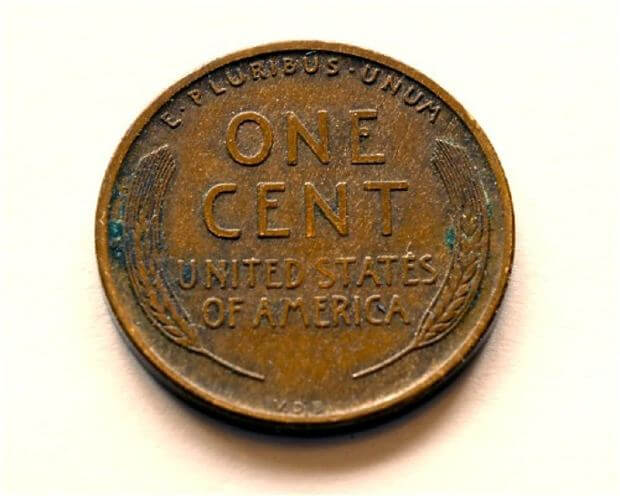 You have a wheat penny. Not all of them are valuable.  But some of them are.  They’re where I’ve had my best luck in my searches.  If you look at the one above, you’ll see at the very bottom between the two stalks the initials of the artist who designed it:  VDB.  These coins were only made in 1909, and if you can find one made in San Fransisco (notated by the ‘S’ mint mark,) you’ve got somewhere between $300-$600 (if it’s in somewhat decent condition.)

Here’s the other wheat pennies to look out for.  As a general rule, I always trade in wheat pennies.  A coin dealer/store will often pay you up to six cents even for the most mundane ones, which is six times the money you would have had when you walked in the store.  (You’re rolling change anyways, right?)  But  here are some of the more lucrative finds, with estimated pay-outs from About, who I’ve found to be fairly accurate.  (Listing anything above 50 cents, because in my opinion, that’s a huge return.)

As a rule, if I find a penny printed before 1955 I keep it as it most likely has some value.  Most coins after that are valuable hold their worth because the mint made an error while printing them.  They’ll look just like your regular penny that you’re used to with slight, but important, exceptions.

1960 D over D- This is a Denver mint coin that looks like it has a very faint ghost “D” printed right around where the normal D appears.  The value is somewhere around $100.  I’ve never come across one, though, so I don’t know how much a dealer would actually give you.  The same goes for the rest of the coins in this section.

1972 Double Die- The easiest place to see the double die for this particular coin is usually the word “LIBERTY.”  $300-ish!

1995 Double Die-  You’ll notice this one if you look extremely closely at the “BER” in “LIBERTY.”  Somewhere around $7.

Not Losing Your Mind When Rolling