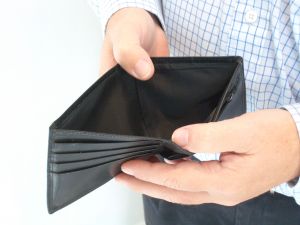 There’s been a list of things to-do to bring in some extra cash via the side hustle that I’ve been ignoring.  And I’ve decided that’s okay.  Some activities just aren’t worth my time or don’t utilize my talents.  But they may just suit you!  So instead of never putting them out there, I thought I’d give you the opportunity to give them a  try.

1.  Sell my clothes on eBay
I’ve had success selling stuff on eBay in the past. I haven’t done it on a large scale.  I thought about selling the clothes I no longer want on the on-line market place, but it requires some work.  You have to take pictures, take measurements (which would require me to buy a tailor’s measuring tape,) and weighing items to predict accurate shipping.  So my sell pile grew higher and higher while I waited to find my motivation.  It never came.  So I did what I’ve always done in the past:  donated them.  And I feel good about it.  I may not have made money off of it, but by donating I’m definitely still helping my community.  Stores like Goodwill use their profits to employ and train individuals to get job.  There are also some local thrift stores in my area, and by donating to them I’m allowing a small business in my area to make a profit.

2.  Design clothes on Zazzle
I have designed on Zazzle.  I kind of tried.  I’ve sold one thing in a year.  I haven’t really marketed my stuff, though.  And I’m not really trying to.  I’m not very artsy.  But for creative types, this may be a great option.  I have a whole post on how I failed and how you can succeed.

3.  Take on-line surveys
There’s tons of on-line survey companies out there that pay you to do them.  I think there’s one called Pinecone Research that pays at least $3 a survey.  While I’ve taken a few on Swagbucks, I quickly abandoned the idea.  It’s too much time for too little money.  There’s other things I’d rather spend my time at.  But I know there are a ton of people who absolutely love taking this avenue to build up some extra cash.

29 thoughts on “Things I Haven’t Done to Make Money”