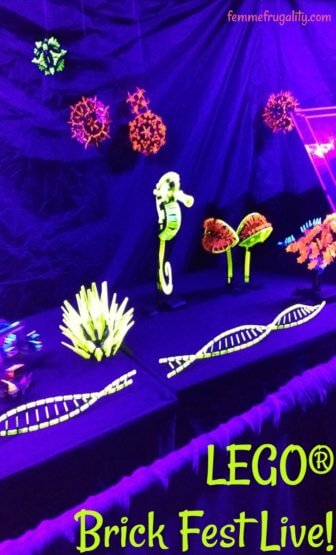 Did anyone take advantage of that promo code to go to LEGO® Brick Fest Live! this past weekend?

If you didn’t–you missed out! It was such an incredibly fun day with so much to do. In the days leading up to the event, I got an earful about how cool the races were going to be, and how I better be ready to take pictures of the crashes. (Because that’s the coolest part of racing, I suppose!)

Obviously, when we arrived, that was the first thing we did. They had pre-made platforms which you built your car on top of–in four minutes. It was intense. 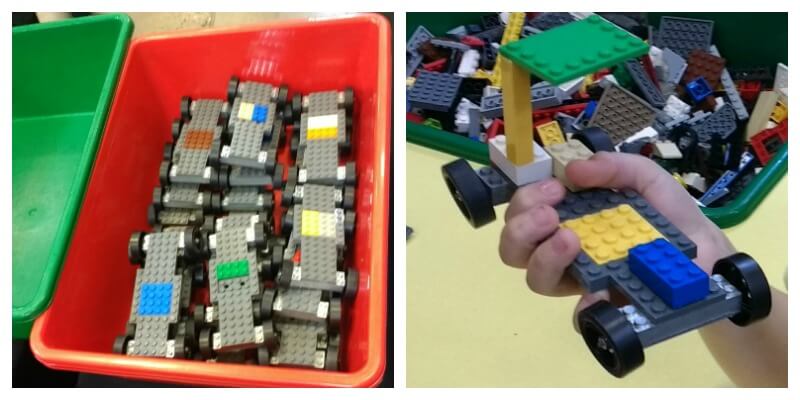 To  be honest, I wasn’t sure how well that vehicle was going to do. It didn’t look hyper aerodynamic even though it was super cool looking. Much to my surprise, watch who comes in first in the second race!

We also got to contribute to a couple of large-scale LEGO cities–including one that glowed under black lights–at the Inspiration Stations. 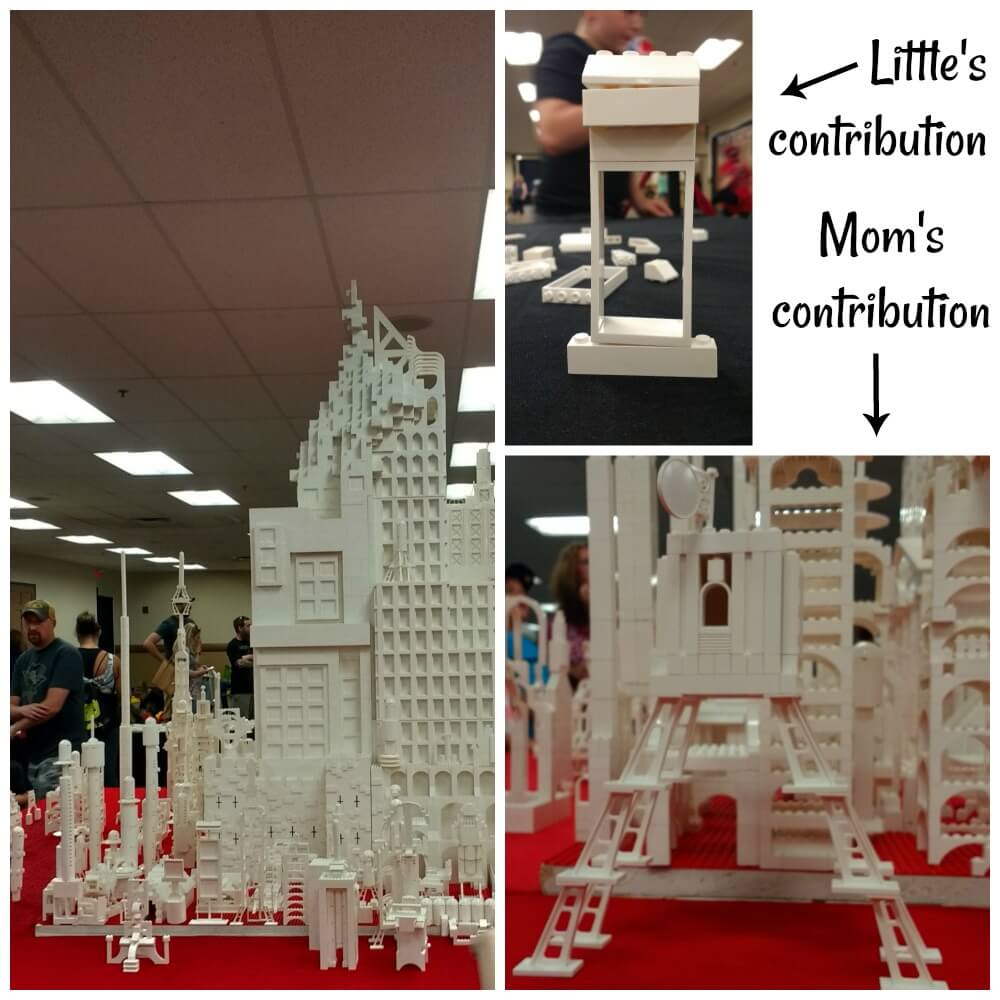 There were so many vendors there. I was a little bit oblivious to how many groups and businesses are built around the LEGO industry.

One that my kiddo was immediately attracted to was this station with remote control car bases that could be controlled through an app on your phone. I told them we might have to wait and ask Santa for this one if they still want it around Christmas time (it was $50), but we did get to try it out while we were there. It was pretty darn fun.

While we were there, we got to see some fine art and learn a little history:

And play in ALL the brick pits: 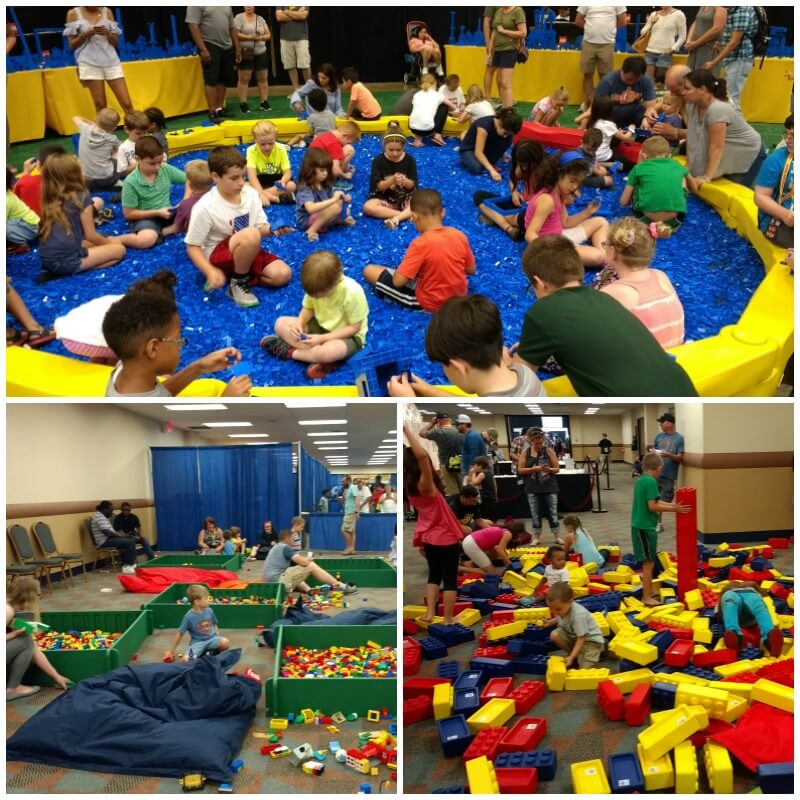 To top it all off, we played nine holes of LEGO mini golf and got to contribute to the mosaic wall. There were patterns you could use to make a variety of cool images. We picked the Poke Ball: 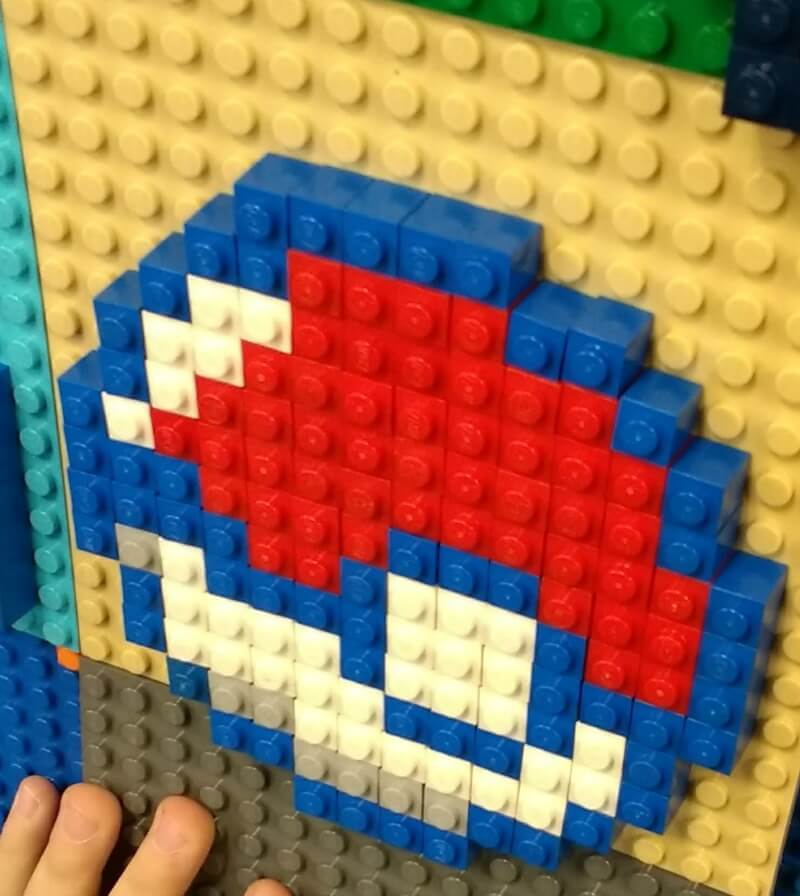 One thing to note: we were finishing up our mosaic at quarter to close. If you’re going to do any collaborative projects, I’d recommend doing them earlier in the day as they were starting to tear down right as we were putting ours up. We didn’t have any tantrums or anything over it, but I can see how something like that may happen.

This is our second year running attending a LEGO event. They’re so fun, and you get a lot of bang for your buck with the tickets. We did get our tickets for free in order to facilitate this review, but I’d be happy to pay the ticket price for a day full of fun like this one. Can’t wait to see what next year may hold!

Cities Where You Can Still Catch LEGO Brick Fest Live!

The event’s over in the Steel City, but you can still catch it if you live in any of the following areas. Click here for exact dates.