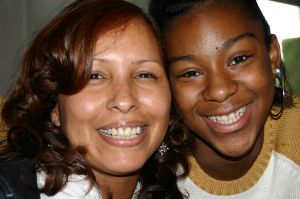 While lending clubs are a relatively new phenomenon in this country, they’ve been around elsewhere for a while.  Most notably, the Caribbean.  In the states they’re most commonly known as sou-sous, a term which originated in West Africa and then migrated to Trinidad. In Mexico and Central America they’re known as tandas or cundinas.  Ask a Jamaican and they’ll tell you they’re called partners.  They’re even found in the eastern hemisphere, known as gye in South Korea and hui in China.

We see them in the states mostly among immigrant populations.  A major part of that is cultural.  Another part, however, is that if you don’t have any credit or are not legal, things like a bank account or loan can be impossible to obtain.  It seems to me there’s a whole bunch of people these organizations could be good for, though.  You may want to join/start a lending club if…

…you cannot get access to credit/a bank loan.  There are many people who have this issue, even if they are native-born citizens.  A rocky financial past usually predicates this predicament.

…you are one of those people that need accountability to reach your goals.  A common question asked in a sou-sou is, “What are you saving for?”  There is a lot of excitement around everyone’s goals, and the fact that other people are relying on and expecting you to pay your monthly dues may just be the motivation you need to get your saving done.

…you have people you trust.  Traditionally, at least in populations from Trinidad, things are run within families.  In large families that are close knit, it’s more difficult for someone to just run with the money or not pay their dues.

When I came across this subject, I thought it was incredibly interesting, and hoped that perhaps someday there was a way to track and report the activities of these lending clubs so that people without credit could have it built.  They may not be for everybody, though.  There are a couple of arguments that should not be ignored:

Have any of you ever participated in a lending club?  Would you?