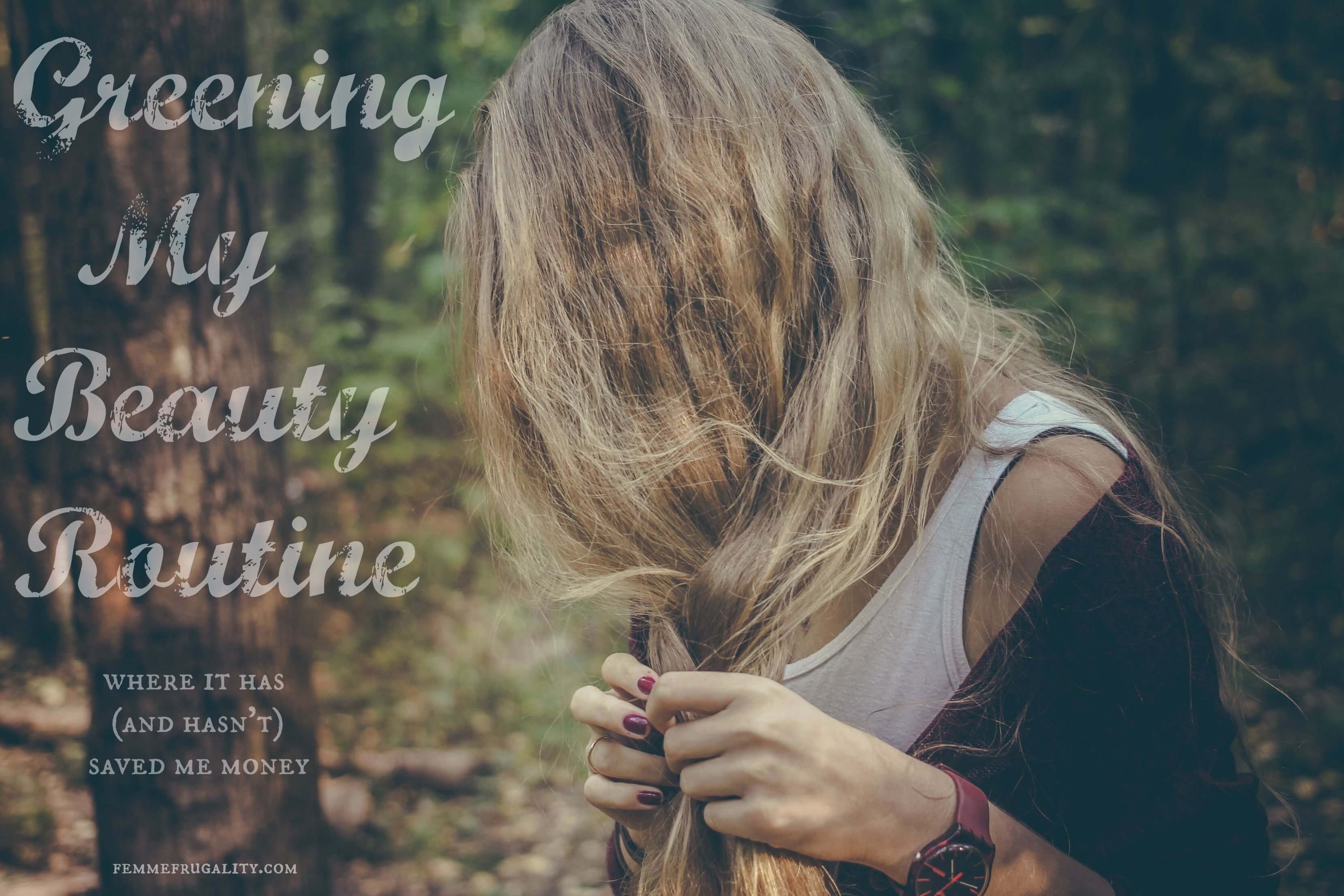 A little over a year ago, I decided to make a concerted effort to go green.  It’s something I had wanted to do for a while, but the switch seemed overwhelming.

While we’re not living in an earth-sheltered hobbit home like I’d like to be, we have made a lot of smaller changes that added up to dramatic progress.  We’ve been cleaning largely with vinegar and baking soda for a while, eliminating the harmful chemicals (and pricetag) of many mainstream cleaning products.  We’ve made recycling part of our regular routine.

I’ve also started greening my beauty routine.  Not only has it been arguably better for the world and saved me money, but I’ve also found it to be better for my skin and hair.  I was curious to see just how much cash it had actually saved me, though.  I ran some numbers and got an answer.  Glorious details below.

Shampoo- Starting last summer, I tried replacing my shampoo with baking soda.  When I use shampoo, I regularly have to go back and forth between two bottles of two different brands.  Otherwise I get build up.  It turns out baking soda works the same for me.  When I used it in isolation, I still got build up.  So I started rotating between baking soda and regular old shampoo.  In other words, I went 50%.

I’m spending half as much on shampoo, but I have to spend 79 cents on a box of baking soda every once in a while.  I use about 1 tablespoon for each wash, and there’s 16 tablespoons in my little eight ounce boxes.  So a box lasts me a month.  Before I was spending $6/each on two bottles every two months, or $6/month total.  Now I spend $3/month on conventional shampoo, plus 79 cents for baking soda.  My new total is $3.79, for a whopping savings of $2.21.  (One thing I didn’t factor in is that while shampoo is taxed, baking soda is not in our state.  The same will hold true for all of the beauty items I replaced with items sold as food.)

Conditioner-  I still have a bottle of conditioner, but it’s over a year old.  I used to use it a couple times a week.  Now one week out of the month I use coconut oil as a hair mask.  I brush it into the bottom part only, pull it up into a low bun, and sleep in it.  I wash it out well, and it leaves my hair super soft.  I’ve cut down my conditioner use to one time the other three weeks of the month.

It’s nice, $20 conditioner, and used to last me four months.  (I don’t always buy conditioner this nice; it just happens to be the bottle I had at the time I started.)  With my new routine, it’s lasted over twelve, and still has about a month left in it.  Let’s just say I did always purchase $20 conditioner.  I would have saved $60 by now.  I’ve also bought coconut oil, though.  I use somewhere between one and two tablespoons an application.  I get about 33 tablespoons out of a 16 oz jar.  That 16oz jar costs me $8, making each tablespoon cost approximately $0.24.  Let’s be liberal and say I use two.  That’s $0.48/month, or $5.76/year

Exfoliant– I never used exfoliant regularly before, but right before I was making the switch I was having changes in my skin that made me feel like I needed to add it to my routine.  Instead of going out and buying something fancy, I made my own out of brown sugar and coconut oil .  Both ingredients are pennies for each application.  Let’s be liberal and say all together each application is $0.06.  I use it twice a week, and added $0.48 to my monthly budget.

Many years ago, I used an exfoliant to shave.  It was super expensive, but made my legs looks awesome.  At least compared to what shaving cream usually does to them.  I couldn’t afford the expensive exfoliant, so this time around I made my own.  In fact, at this point, I just use the same stuff that I use for my face.  I use quite a bit more to apply for shaving purposes, though.  Probably four times more.  So I spend $1.92/month.  On average.  In summer I shave more, and in winter I shave less.  One can of the cheapy shaving cream that I used to use cost $1.  I’m up $0.92.

Where to Get the Most Bang for Your Green Beauty Buck

The only area I’m saving money in is hair.  This kind of surprised me.  I thought for sure I’d save in all of these areas when going green, but by adding new “products” to my routine, coupled with the fact that I used such cheap products before, I’m actually spending more rather than less now on my skin care and shaving.

The pluses?  It’s healthier for me. And the improvement in my skin (though it’s still not perfect,) has been worth the marginal spend.

If you’re looking to save money with your beauty routine by greening it up, look at the area you already spend the most in.  You can make low-cost, high-quality products at home for less, and you’ll know exactly what ingredients go into them.  If you’re looking to improve your skin’s health, it may be worth the extra few bucks to upgrade from bar soap and cheap shaving cream. 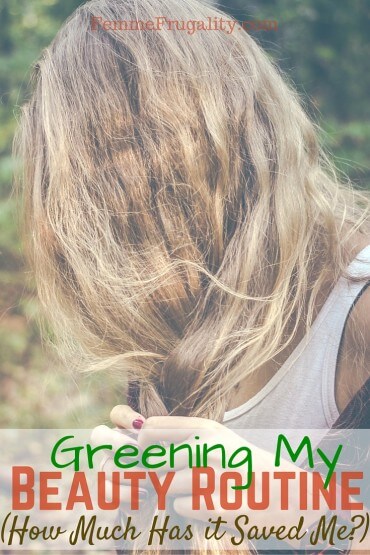 19 thoughts on “Greening My Beauty Routine: How Much Has it Saved Me?”