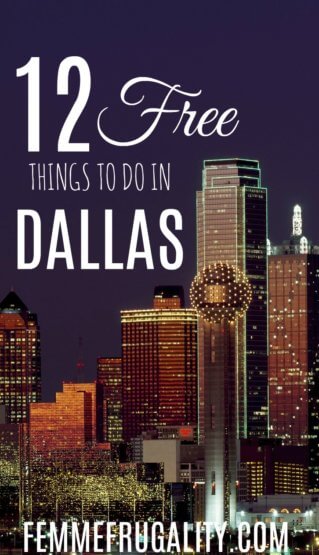 As conference season inches closer, I’m realizing that I really need to start planning my travel itinerary now. While I have flights and hotels booked, I haven’t cemented what, exactly, I’ll be doing once I hit the ground at FinCon this year.

So I started planning a couple of lunches. I blocked off time for specific events I know I have to participate in.

I also started planning exploratory trips into the city. Last year I got to see some amazing things in San Diego, and I’m excited to learn more about Dallas.

As I do my research, I thought it would be fun to share some of the free things the city has to offer. Whether you’re headed there for business or pleasure, here are 12 FREE things to do in Dallas:

I’m a huge history nerd. I get super psyched when I see that a city offers more than just a glimpse into its past for free. Dallas is one of those cities.

This is where JFK was assassinated 54 years ago. There is no admission price to go to Dealey Plaza itself, but if you’d like to go to get a little background at The Sixth Floor Museum, you’ll pay $16 per adult.

You can also score a sweet deal by picking up a CityPass.

While you’re at Dealey Plaza, you’ll see the JFK Memorial. It’s simple, but in a move of genius, secluded in a very public place. The structure allows for a moment of silence, contemplation or meditation, and was built in hopes that it would help celebrate JFK’s life rather than serve as a place of mourning for his death.

Art deco was huge in the 1930s, and Dallas went big with it. Fair Park is home of the largest collection of art deco buildings in North America. The largest is the Hall of State, which houses some impressive murals and regularly hosts events like weddings. You can tour the building for free.

Juanita Craft was an NAACP champion. She joined in her hometown of Dallas, but went on to establish nearly 200 more chapters in rural Texas. She integrated colleges, theaters, restaurants, and even the Texas State Fair. She was such an important player in the Civil Rights movement that Martin Luther King, Jr. and Lyndon Johnson paid visits to her home in attempts to coordinate their efforts.

That home is now open to the public. If you want to go, just make sure you call ahead to make an appointment. 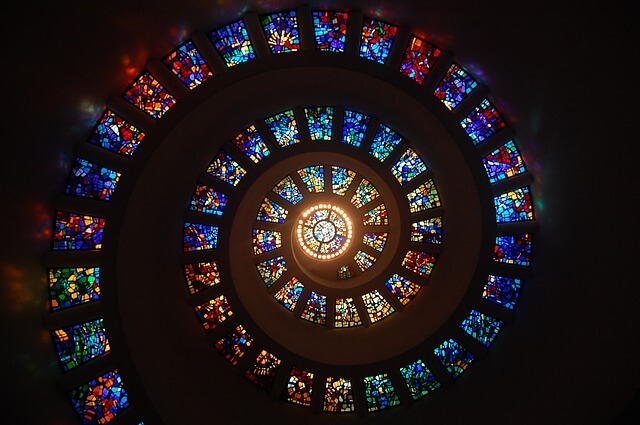 Gratitude makes our life better. It helps us feel at peace and gives us some perspective–hopefully inspiring us to do good for other people.

Thanks-Giving Square stands in honor of that sentiment. The art collection and nautilus-shaped roof serve to inspire peace to every human being–regardless of religion or ethnicity. There are also outdoor meditation gardens.

There are a ton of time slots for this one. Check out the hours as you plan your visit.

At 68 acres, Dallas boasts the largest urban arts district in the United States. Klyde Warren Park sits at the center, hosting free muscial performances every Thursday and additional family-friendly fun throughout the week.

While in the Dallas Arts District, you’ll also come across the Dallas Museum of Art and the Crow Collection of Asian Art–two museums that offer F-R-E-E admission.

Located in Fair Park with the Hall of State, the African-American Museum houses one of the largest collections of art and historical documents in its niche. It also regularly hosts lectures and workshops.

Open from 10a-5p everyday except for Sunday.

If you’ve been to Dallas before, but it’s been a while, this will be a new experience for you. The Ann & Gabriel Barbier-Mueller Museum opened this exhibit in 2012, making the vast personal collection open to the public.

This is literally the only place outside of Japan where you’ll find a museum dedicated to samurai armor.

Before viewing the museum’s 1,000+ piece collection, you can grab some eats at the Saint Ann Restaurant and Bar downstairs. It gets more than decent reviews, so hop in if you’re there around meal time. You don’t HAVE to eat in order to see samurai armor, though.

Oh, also, this is all in an historic school building. So good food, local history and samurais. Random, but awesome.

9. The Economy in Action

This interactive exhibit brought to you by the Federal Reserve Bank of Dallas is literally all about money. Hopefully, since you’re reading a personal finance blog, that makes you giddy as all get out! 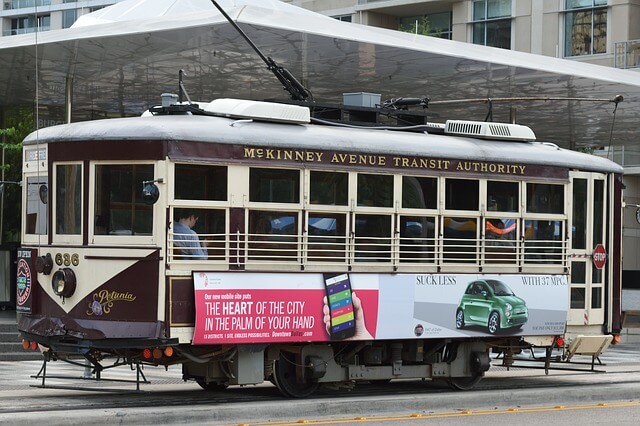 There are a surprising number of ways to get around Dallas for $0.

Need to get to all of Dallas’ art and culture between the hours of 11a to 11:30p? There’s a free bus for that. Seriously.

What’s better than free? How about eco-friendly and free?

E-Frogs uses street-legal, modified golf carts to get you around the city without charging fare. Better for the environment than cars, and better for your wallet than ride-sharing services.

You will have to tip, though. Don’t be so cheap that you turn into a total and complete jerk.

Also known as the M-Line, the McKinney Avenue Trolley runs seven days per week between the Arts District and Uptown. While there is no charge to ride, the trolley does accept donations.

You can check out the schedule here.

Know of any other free things to do in Dallas that should be added to the list? Share them in the comments below!

8 thoughts on “Free Things to Do in Dallas”