About a month ago, I, along with 1,200 of my closest friends, descended upon San Diego, California. We were there for a conference where we learned a lot and met a lot of good people, but some of us also got our tourism on.

We came in early and left late, because, who are we kidding?

San Diego is an amazing city. 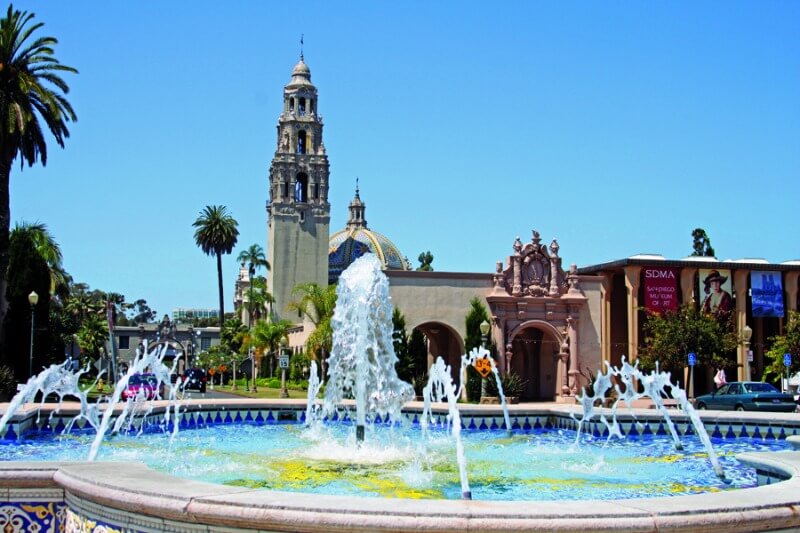 On Day One, a good friend and I hit up Balboa Park. There are a bunch of international houses that open on the weekend that looked pretty cool, but, alas, it was a Tuesday. We strolled through the sprawling grounds full of massive buildings with ornate architecture, ending up in the Japanese Friendship Gardens.

They also sprawled, and were the perfect setting for catching up on all those IRL things that you sometimes miss out on when you both do the bulk of your work on the internet. There were gorgeous, well-tended plants. There were zen waterfalls. There were shelters we hid under to escape the light rain as we talked.

There was also a lady there giving massages. There were small buildings along the way that seemed to host an array of rotating opportunities for visitors. We got invited to roll our own sushi, but I’m a nonfishetarian (which I know is a waste when you’re visiting a coastal city.) Even within the peaceful gardens, there was no shortage of things to do.

But we were very content to just walk and talk in a beautiful setting.

The next day, a few of us headed out on a Harbor Cruise with Hornblower. They usually do whale watching trips, too, but we just so happened to be there during the three-week window when migration patterns take most of the species away.

Not all was lost, though. We took the North Harbor Cruise so we could check out the sea lions. 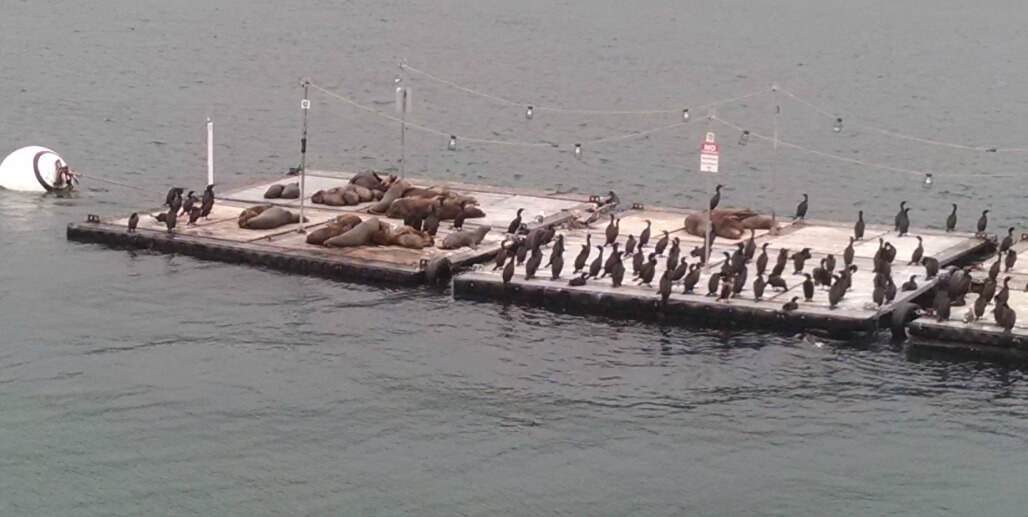 I also found out there is a naval base on Coronado Island, which I didn’t know existed until we got out on the water.

While we were learning more about the city, we got some pretty stellar views of the skyline. I’m glad we did this this when we first got into town; it allowed me to orient myself to the parts of the city that were on the water and gave me great ideas for other stuff I would have gone to see if I hadn’t had business meetings  for the better portion of my stay. 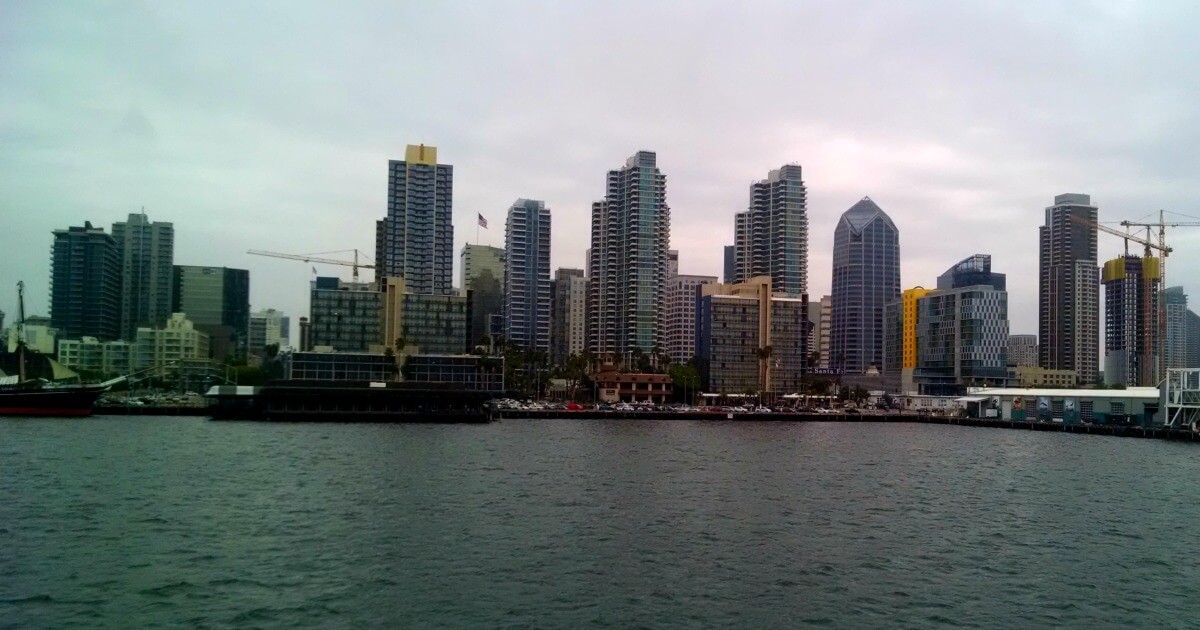 Pro tip: Don’t wear a dress out on the windy harbor. 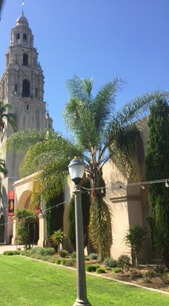 If you’re looking for another way to check out the city at the start of your stay, Jana and Athena went on a trolley tour with Old Town Trolleys and loved it. You can get off at any stop and explore and then hop back on when you’re done. It’s like picking up the next bus. 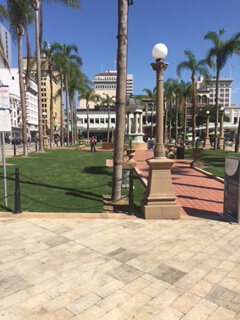 Jana and I are both East Coasters, and she was telling me that San Diego is laid out so much better—the public transport system there seemed like it was pretty easy and made a whole lot more sense. 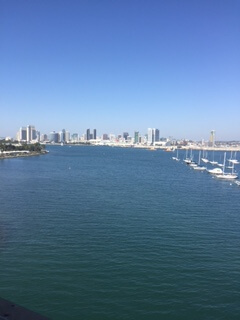 One night we went out to dinner at The Fish Market—which was amazing!

When we left we were waiting around for an Uber and discovered some fantastic sculptures we had somehow missed on our way in. Right next to the USS Midway Museum was a gargantuan, 3-D rendition of that famous kiss: 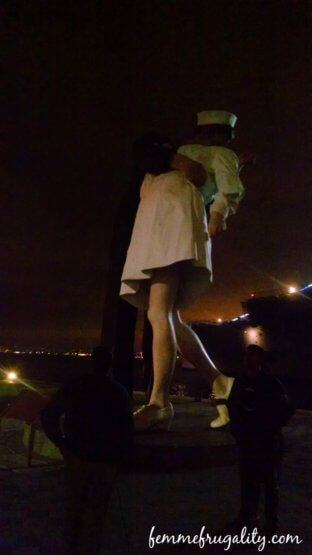 There was also a sculpture garden depicting Bob Hope at a USO event for WWII soldiers. 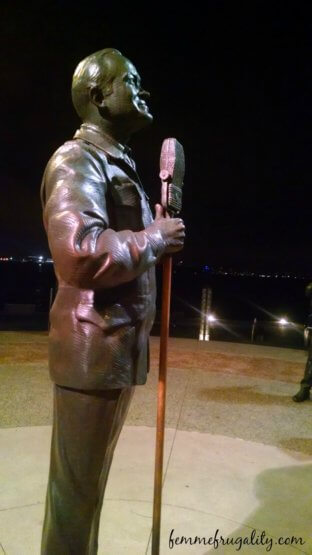 It was incredibly well done. Walking around the sculptures, 360 degrees… 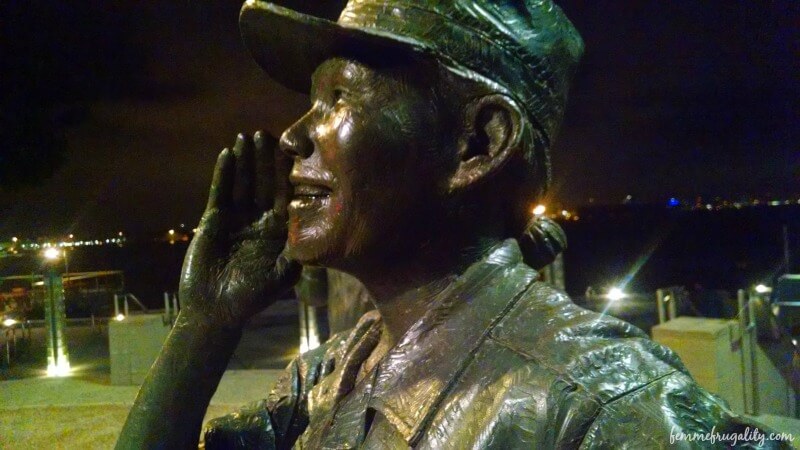 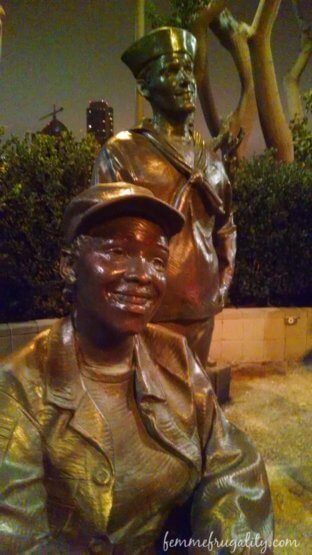 After hanging out with 1,200 people for the better part of the week, I needed some alone time. I still hadn’t seen the Pacific ocean yet, so I took a solo trip to Coronado beach.

It was weird. I’ve been to beaches before, but they’ve always been East Coast, Caribbean or European. Coronado was different. First of all, it’s arid, even when you’re near the surf. Part of that might have been that my visit coincided with the Santa Ana winds.

But even familiar things were a little bit off in terribly interesting and beautiful ways. First, there were the dunes. Where the beach I had visited just a month before had dunes carpeted in tall grasses, this is what they looked like in San Diego: 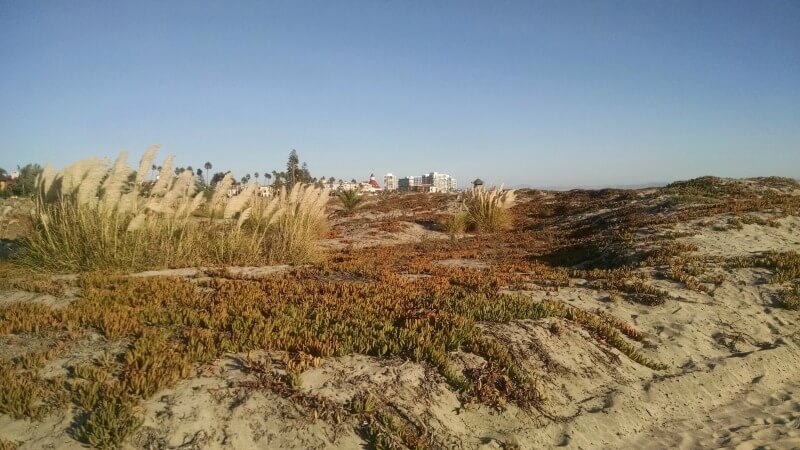 The sands beneath my feet were firmer than what I’m used to and easier to traverse. Yet the grains were finer than any I had ever felt. 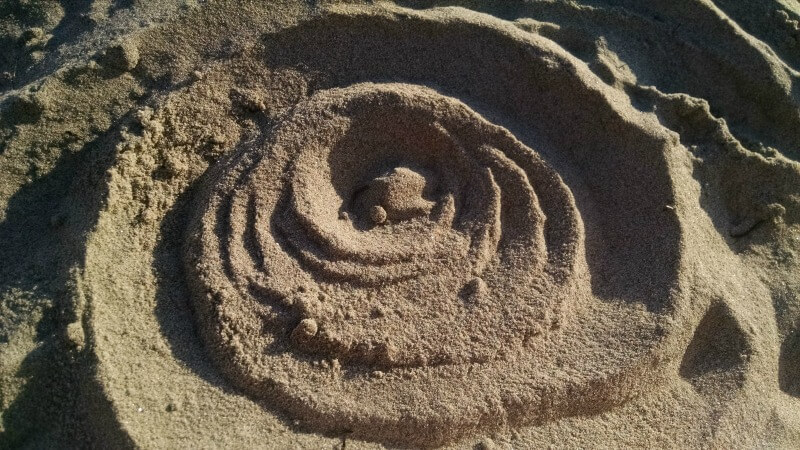 I was warned of things I’ve never worried about at my beach visits before, like tsunamis and sting rays. 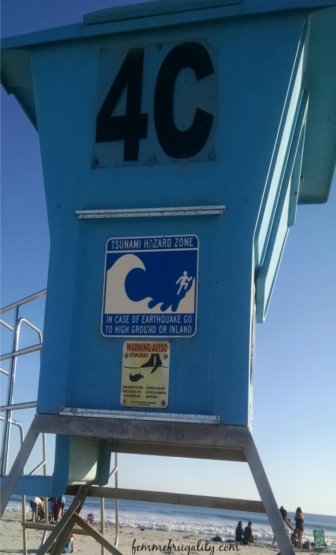 The waves were faster and longer, and though I barely went in the water I sensed they were more powerful as they curled in on themselves. 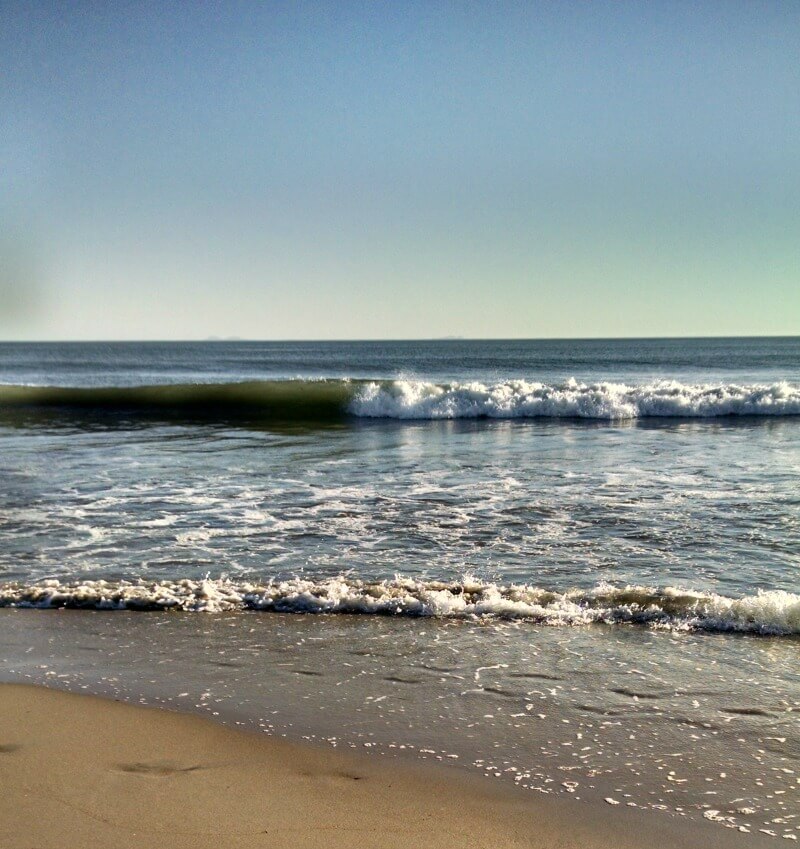 Oh, and the big thing. The sun sets, rather than rises, over the ocean. While I was waiting for my Uber back to the hotel, I got to see it set over Point Loma, the furthest southwesterly point in the continental US. 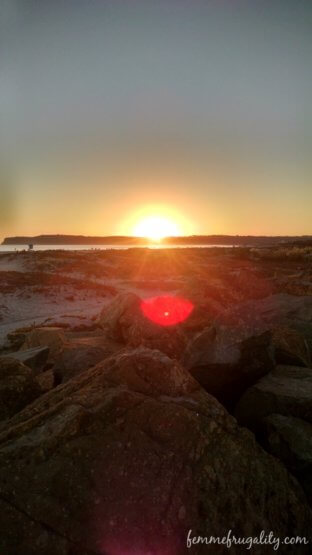 My only regret? That I didn’t get to see more. I’ll be back, San Diego.

Until then, stay classy.