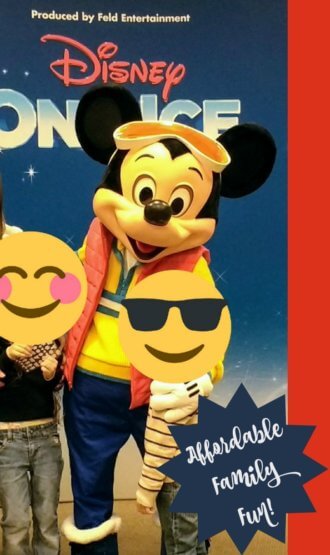 Last week we were invited to go see Disney on Ice Presents Frozen. Our tickets were comped as press passes, but I was surprised to find out that even if we went as paying members of the public, tickets started as low as $15. While Disney is usually pretty expensive (worth it, but expensive,) Disney on Ice is super affordable–a happy surprise!

Before the show, we had the opportunity to attend a meet’n’greet with Mickey Mouse. The kids absolutely loved it. They got smile-inducing high fives and hugs. It was nice that we did it before the show, too, because when Mickey came out on the ice, they felt like they had a buddy out there performing.

The show itself was absolutely amazing. First, a slew of characters came out on the ice to introduce themselves. Princesses, Toy Story characters, and staples like Mickey, Minnie and Donald were all there to greet.

The rest of the show was presented as a story, with much of the same dialog and sequencing as the movie itself. It was amazing! Production value was high, and my kids loved the entire experience. My favorite part was probably when the ice monster came out to defend Elsa. I roamed and roared around the ice as it inflated and came to life before our very eyes. 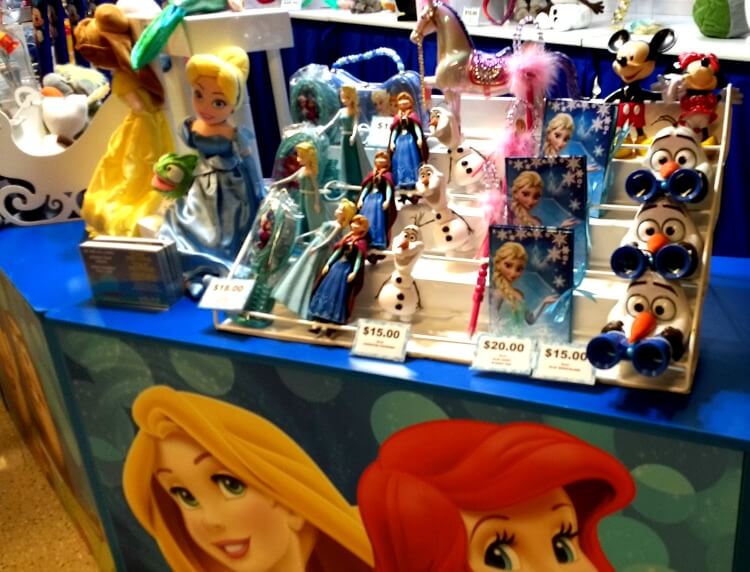 Of course, while admission was affordable, there were tons of expensive baubles to purchase while we were there. My youngest really wanted one of the light up toys. In their defense, they were enticing, especially in the darkened arena.

We had a long talk about trade offs. We talked about how lucky we were to have received a SWAG bag with an adorable Olaf plush and a super cool Olaf hat. We talked about how if we got a toy here, we’d have to pick one at home to give away because we have so. much. stuff.

It took talking about all of those things, but it got through. The next day, they got out all the Olaf swag and bragged to their dad, “We didn’t even have to pay anything for THESE toys! And we can go to Disney World (the trade off we’re saving for) sooner!”

Highly. Affordable admission for a Disney production is something too good to pass up with young kids. And, if you go in with eyes wide open and plan ahead, you may just be able to budget in one of those light-up toys.

Frozen is making its way to other cities right now, but if you’re in Pittsburgh they’ll have a new show coming back in February! You can check out the full schedule at DisneyonIce.com.