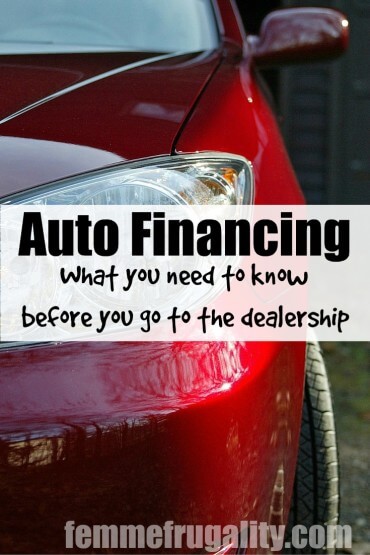 Last winter, I bought a car towards the end of the season. I’m pretty sure I was a fool, as I bought used, and was met with no room for negotiation. Used salesmen don’t get paid on a traditional commission model in our area anymore, and buyers are on the losing end of the supply/demand curve at the moment.

A week later, I heard an ad on the radio for a brand, spanking new car for a marginal amount more. It was a better make. It was likely just as stock as the used model I had just purchased. Even their ad said they were willing to negotiate. I was kicking myself.

Winter is hard on new car salesmen. Not as many people come in to buy, and when you’re paid on commission that can be a tough fact to reconcile. Prices plunge as dealerships are eager to see revenue, even if it’s not as big of a cut as they’d see in warmer months.

The end of year is even more of shopper’s dream. Dealerships are motivated to get last year’s models off the lot, and put on sales to draw people in. If you’re in need of a car, you may want to skip the line for that super jumbo TV at Walmart on Black Friday. There may be a better deal for you at the dealership.

Because I know you’re smart shoppers, and you’ll be among the ones shopping in these colder months if you have an automotive need, I wanted to take a minute to review with you one of the most important processes I’ve learned over my years of car buying: auto financing.

While it would be great if you could go in and buy a car in straight cash, I know sometimes that’s not possible. It hasn’t been for me since I started refusing to buy the worst clunkers around. That doesn’t mean that you can’t be smart about your financing, though. You’ll need to understand your credit score. You’ll need to know how to shop around. And you’ll need to be ready to spend another hour or so at dealership while they launch an all-out bidding war for you.

Your Credit Score Will Be Calculated Differently

Before you even buy a car, it’s a good idea to know what your credit score is. A higher score will reward you with lower interest rates, which can save you a good bit of money over the course of your loan.

An auto score, however, takes other factors into consideration with more weight. They will scrutinize things like payments on past auto loans, past settlements on auto loans, and if you had an auto loan or lease included in any past bankruptcies far more closely.

Auto scores tend to have a larger range, meaning they start below the traditional 300 and go above the traditional 850. A higher score will mean a better interest rate, but auto scores cannot be measured on the same scale.

After you’re for sure on your car, the dealership will offer to run numbers for you. They’ll pull your credit score(s), submit the loan amount along with your information to a slew of banks they work with, and have them initiate a bidding war over you.

The bank that comes in with the lowest rate wins. Not the lowest payments. Payments may be spread out over a longer period of time to give you the illusion of owing less money, or making the payments more manageable. But lower interest rates will save you more money, especially if the term of the loan is shorter.

Before you even go into the dealership, get some quotes yourself. Call your bank. Call other banks. Call credit unions. Seriously on the credit union thing. I was a fool and didn’t try them this time around. For example, PenFed Credit Union currently has rates as low as 1.49% on new vehicles and as low as 1.99% on used, which is a good bit less than what I’m paying now. And I thought I had a pretty decent rate. There may be a refinance in my future…

In my situation, the bidding war got me lower rates than my bank. That may not have been the case if I had shopped credit unions. Either way, going in armed with your own quotes is a good way to make sure you’ll be happy with the interest rate you walk out with. If the bidding war hadn’t panned out, I knew I could still more than reasonably afford the quoted rate I had walked in with.

What have you learned about auto financing through the car buying process? Do you buy when it’s cold? Let us know in the comments!

*This post is in partnership with PenFed Credit Union. All content has been created by and is the opinion of Femme Frugality.*

20 thoughts on “Auto Financing: What You Need to Know”