For the past few years the Carnegie Science Center has been hosting this fun day on the summer solstice where if you bring in a snowball, you get to name your own admission.  I don’t think they like to say free, because they’re hoping you’ll donate something.  So if you’d like to take the family to the Science Center in June for cheap, cheap, cheap, here’s what you’ll need to do: 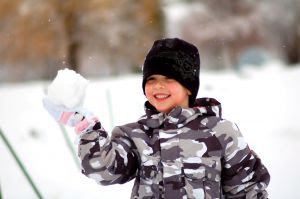 1.  Clear out room in your freezer to store the snowball.
2.  Make a snowball.  Don’t make it silly big.  Remember you need to store it.
3.  Put it in your freezer until June.
4.  Bring it to the Science Center on June 21.
5.  Don’t be a jerk.  Bring like 50 cents or something.
6.  Have a fun day at the Science Center!  You’ll get to throw your snowballs into the Ohio River.

Confession:  They haven’t officially announced this event for this year.  But they seem to wait a while to do that, so I thought I’d give you a heads up before Spring is even close to coming.  If for some reason this is the year they stop the tradition, I’m sincerely sorry.  But at the very least you could have a snowball fight out in your yard in the middle of June.  That’s fun.  And it doesn’t even cost 50 cents.

2 thoughts on “Pay with a Snowball instead of Cash”