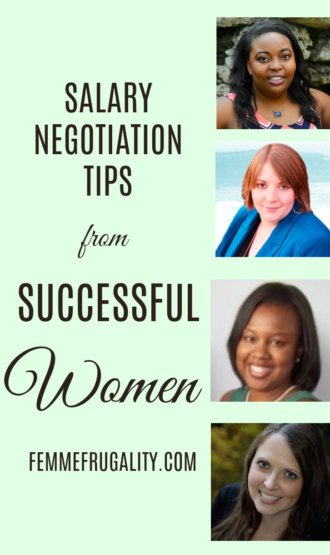 Women get paid less than men. It’s a fact.

Part of the wage gap has been attributed to the fact that women don’t feel comfortable negotiating. There is some level of truth in that. According to a study done by Glassdoor, only 32% of women negotiate their initial salary with an employer compared to 48% of men.

But do women have justification for being more hesitant?

Unfortunately, the answer is yes. In Glassdoor’s study, only 4% of women secured more pay via negotiations, while men had a success rate of 15%.

Another study–this one scholarly–showed that women are 25% less likely than their male counterparts to get a raise when they request it.

Still others show that not only do women not get the raise, but they’re sometimes punished for asking at all.

But that doesn’t mean all is lost. Today, we’ll get some hot tips from the experiences of four successful women–all of whom have successfully negotiated substantial pay increases. 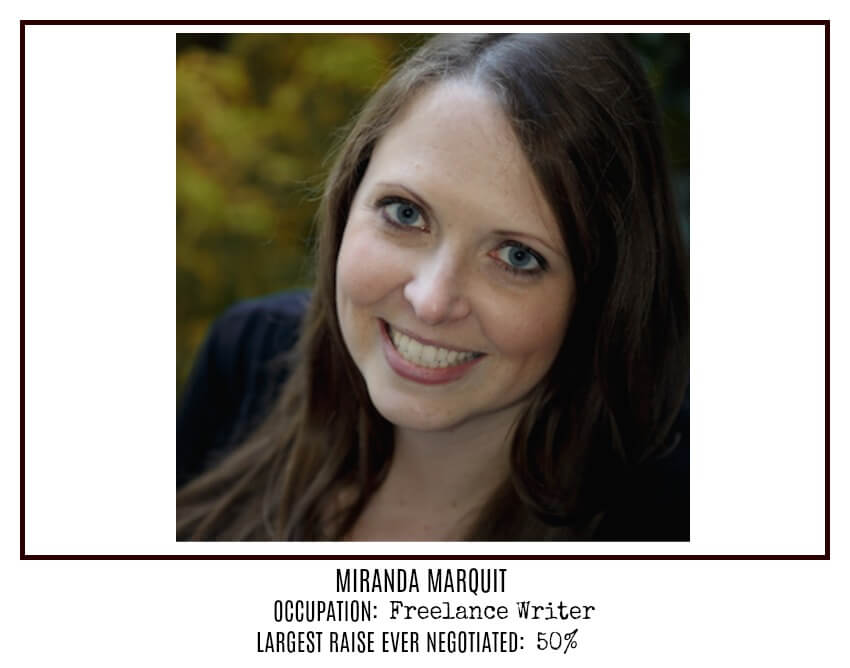 Being one of the millennials that unfortunately reached career-entry age at the height of the Recession, I understand being hesitant to negotiate with no experience. If you have a job offer on the the table, you don’t want to lose it.

“I was too afraid to negotiate my salary when I landed my first career-level position,” says Chonce, a current freelance writer who runs My Debt Epiphany. “Now, I regret that because I probably could have earned more money instead of just accepting the raises I was offered.”

Chonce’s regrets are not unique. In fact, only one of our experts negotiated her first salary. She also entered her career in a 1099 position rather than being a W-2 employee.

“I started by negotiating my fee for my first piece of content written for a client,” says Miranda Marquit, freelance writer of Planting Money Seeds. “It went reasonably well, I suppose. I didn’t get what I asked for, but I did get more than they originally offered. However, I didn’t really understand market rates and I perhaps should have done more research.”

Talk to people in the industry to find out the nuances of current market rates. While finding info on the internet is a starting point, it’s unlikely to be completely useful for regional markets or your specialized skill set. That’s assuming the data you find is even current.

Talking to a real-life person is the best way to get an idea of what you should be charging. 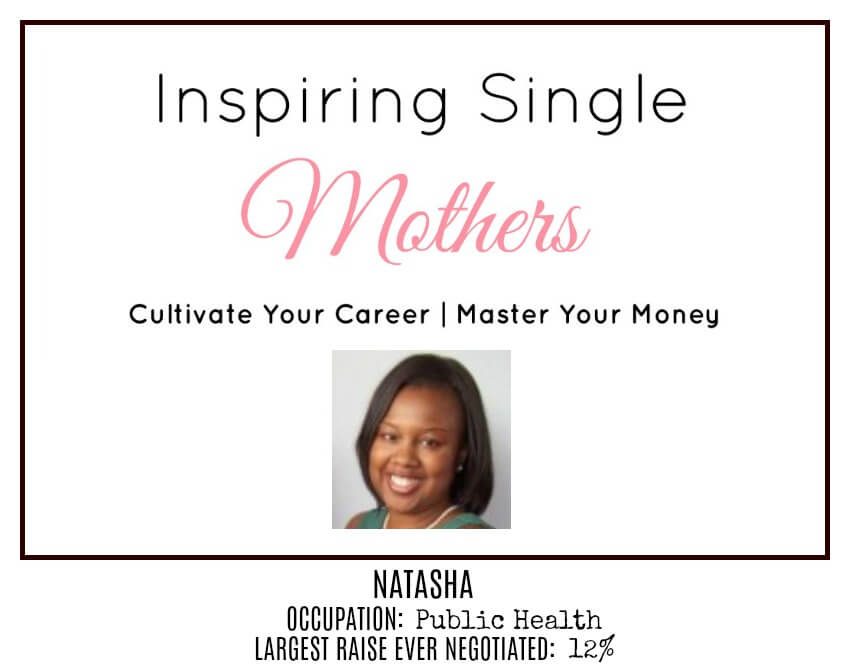 How to Negotiate a Salary Increase

Are you great at what you do? Then don’t be reluctant to ask for a salary increase!

Natasha, who works in Public Health and owns Inspiring Single Mothers, didn’t feel comfortable negotiating her pay until she was offered her third professional position. But when she did, she went in prepared.

“I became more confident and knowledgeable of salary ranges for various positions,” she says. “I talked about my knowledge of the work, and had a reputation for being the subject-matter expert in that area for the division.”

Even if you know you’re phenomenal at your job, you might still feel nervous asking for a pay bump. Freelance writer Kayla Sloan has a life hack for knowing what to say when negotiating salary–or, in her case, freelance rates.

“I use a script–this makes me less nervous about what to say! I point out our past working relationship, the results we’ve achieved, and how I’ve helped their bottom line.”

She also shares what she’s done to increase her skills and knowledge base since the last time compensation was discussed.

When you’ve been doing everything right in your career, document your efforts. It’s the information you’ll need to convince your client or boss to up your pay, and simply reviewing your experience and training should give you the confidence you need to ask for the raise in the first place. 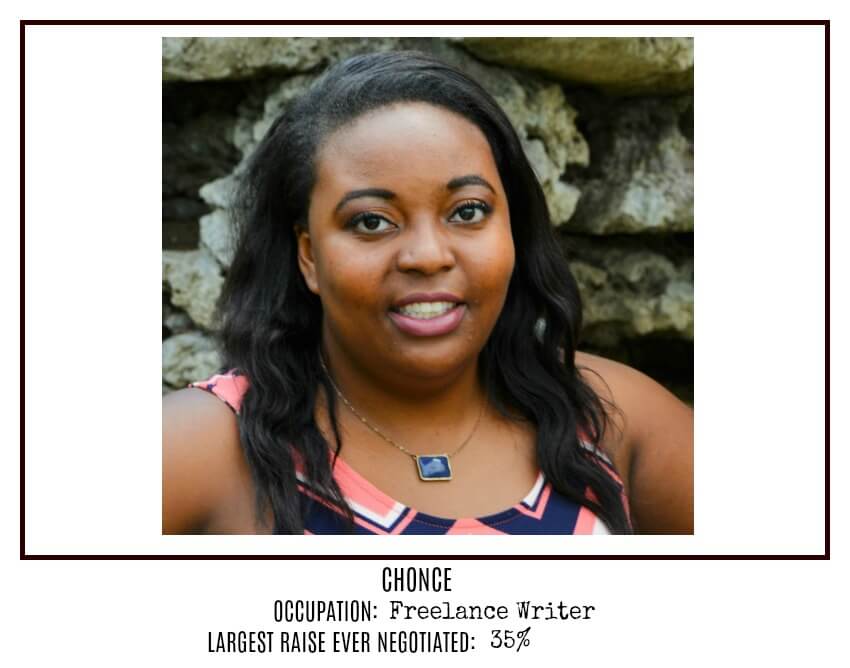 The Nitty Gritty of Negotiating a Raise

Okay. You know it’s important to negotiate for more pay. And you know you need to have an idea of what others are paid on top of a documented list of what you’ve done to bring value to your employer.

But how do you even bring this topic up? And once you do, how do you exude the necessary confidence  to do this successfully?

“Leverage your annual review if you have an employer,” Chonce advises, “or just reach out to your boss or clients and ask for any feedback on your performance.”

She does so every six to twelve months.

Once you’ve opened up the conversation, Natasha has a specific formula for your conversation:

Oh, and that counteroffer? Miranda reminds us to make sure it’s higher than what we actually want. That way if they come at you with another number, you’ll have room to negotiate without going below your bare minimum. 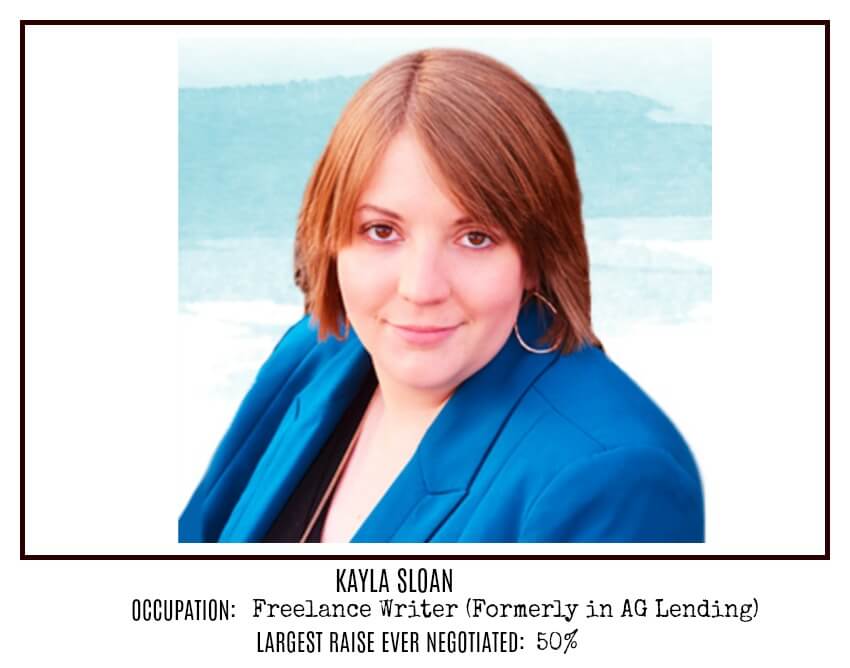 What if I really need this job?

If you can’t walk away from negotiations, it does take a lot of your bargaining power away. However, that doesn’t mean you can’t make an attempt.

If you find you’ve hard-lined yourself into a position where you have to walk or cave, another tactic is to negotiate something other than money.

“In the past I accepted what I had to and actively looked for other gigs that would pay more so that I could quit the lower-paying job,” Miranda recounts. “Another tack is to talk about other benefits, like flexibility or days off, rather than pushing on higher pay. ”

By bringing these other benefits into the picture, you may be able to convince your boss to still give you something–even if they’re unable to give you a raise. This allows you to keep both your job and your confidence as you’re not walking away defeated or empty handed.

If you really need the money and an extra day off just won’t cut it, Chonce suggests taking more on.

“You can also ask that you add an additional task to your workload. That way, you’d get your pay increase, but you’d be doing more or different work. ”

This isn’t necessarily a raise in the traditional sense, but it does allow you to pad your bring-home pay so you can make ends meet. It also provides your boss or client with even more value so they’re not walking away from the meeting with a bad taste in their mouth.

Be Cognizant of the Pay Gap at Your Place of Employment

You may have heard the argument that the gender pay gap only exists because women choose to go into lower-paying fields. While that does have some effect on the overall numbers, it doesn’t account for the entire gap. Women frequently get paid less than men for doing the exact same job.

“Do your research and know your worth,” Miranda advises. “Talk to men in your field to find out what they make. I was shocked when I talked to another writer, and he was charging twice my fee. I was a better writer. I just didn’t realize that I could charge that much. Know the going rate, based on experience, skill, and knowledge, and ask for that.”

Increase Your Negotiating Power with Your Personal Finances

When asked what a woman should do as she prepares to negotiate her salary, Natasha gave sage advice that she should empower herself by getting her personal finances in order.

“She should put herself in a strong and steady position as soon as she’s employed–whether entry-level or mid-range–by staying out of debt, building savings, and forming genuine connections in her field. By doing these things, she is in a stronger position to negotiate or walk away.”

Have you ever negotiated your salary? Share you experiences in the comments!

12 thoughts on “How to Negotiate Your Salary As a Woman”