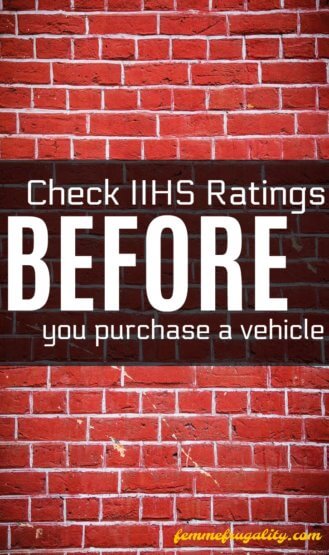 Two years ago, one of our vehicles broke down out of nowhere. There were no warning signs, which was both a blessing and a curse. We had no idea we were about to enter the used car market on the one hand, but on the other we also didn’t sink a bunch of money into repairs for a vehicle that was going to die anyways.

I hit the used car market as I always do, looking for a great deal. I quickly realized that prices had gone up since the last time I went shopping, which was back before Cash for Clunkers was a thing. I also realized that virtually no dealership in my region was going to negotiate with me.

I browsed and browsed, until I finally test drove a vehicle that seemed just right. It had about 40,000 miles on it, had an automatic transmission, and was under the $10,000 mark. It handled well and drove smoothly despite being seven years old. On top of it all, I was able to get great auto financing at a low interest rate.

Naively, I bought it. I wasn’t going to find another deal like that, and if I thought on it too long someone else was going to scoop it up.

What’s wrong with this story?

Can you see the glaring mistake I made in all my car-purchasing haste?

The deal was too good to be true. I recognize that in retrospect, but in the moment, I just wanted the really good deal.

A few months later, I was researching a piece on auto recalls and came across an organization called the Insurance Institute for Highway Safety (IIHS.) It’s an agency that assesses the safety of all those vehicles we put on the road.

For kicks, I looked up where our vehicles fell in IIHS’s ratings. The first one fared all right. It wasn’t at the tippy top, but it was well above the median safety level.

That car I had bought for under $10,000? It turns out there was rationale behind the price tag. It was literally the least safe car produced in its model year. I had used this vehicle to drive my kids on our annual trip to Niagara Falls, nonetheless to school, therapy appointments and the like.

Sick to my stomach, I realized that even with all the recall service orders that had been completed prior to my ownership, I was still going to be in a lot of trouble if I ever got into a wreck. I also suddenly understood why, exactly, my auto insurance rates had jumped up with the new purchase.

How to Check IIHS Ratings

IIHS makes it super easy to check out how safe a vehicle is before you purchase it. Simply go to their ratings page armed with the make model and year. You don’t need a VIN or anything of the like.

There are three different aspects of safety rated—four if the vehicle comes with an option to not have side airbags:

While these three tests are the ones you will find immediately, if you dig a little bit deeper you’ll also be able to find ratings for tests on roof strength, crash prevention technologies, headlights, and LATCH systems for children’s car seats.

I still have the unsafe car. We don’t put the kids in it since we made the IIHS discovery, though. I’m always aware of my surroundings, but I ratchet my senses up to Spidey level when I drive this vehicle.

Don’t make the same mistake I did. Check the IIHS rating before you purchase a vehicle. Not only will it ensure you’re safe on the road, but it will also help you make sense of increased costs like insurance rate spikes. And you may just find out why that deal actually is too good to be true.

6 thoughts on “Check IIHS Ratings Before Purchasing a Vehicle”