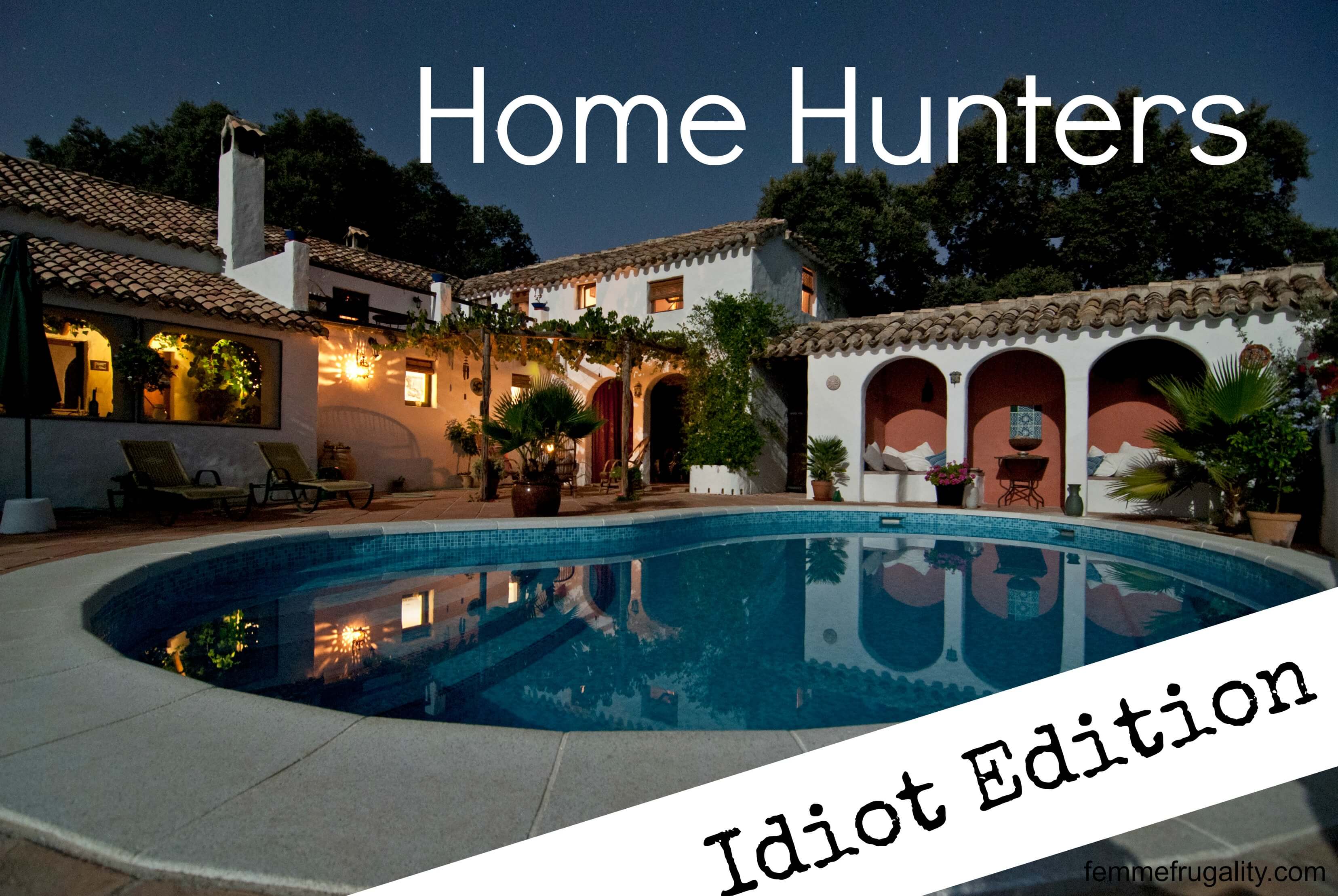 During one of my pregnancies, I had an obsession.  It was watching, “Say Yes to the Dress.”  Not just watching.  Binge watching.  My husband, then boyfriend, asked me, “Is this your not so subtle hint that you want to get married?”

In keeping with tradition with watching reality TV shows to propel my life goals, I’ve been watching a lot of HGTV-esque stuff lately.  I’ll admit it: on the nights where I have time, I’ve been binge watching.  I’ve learned as much as you possibly can from staged, addictive TV shows.  Or at least as much as I possibly can.  Here are some of the things I’ve gleaned:

The other night, there was one woman who just about killed me.  She was arguing with her husband over the budget.  He didn’t want to go over no matter what.  Then they cut to her talking with the camera, and she seriously said this:

“I understand the budget’s important.  But at the same time, I don’t want to not get everything we want just because we can’t afford it.”

WHHHHAAAATTT?  There were so many things I wanted to say to this woman.  Like:

The story has a pseudo happy ending.  The husband convinced her to buy a house within their budget.  Because it was the option that would make the dogs the happiest.  If it were me, I would have chosen the house that was within the budget that made me as a human the happiest since I’d be the one paying that sucker off for 30 years.  But to each their own.

The episode that immediately followed was a single guy buying a four bedroom mini mansion in Houston. For himself.  And that’s it.  Presumably he could afford it, and he cited the reason for wanting such an expanse as having room to grow.

Kudos to him for thinking long-term?

At that point I had to turn it off.  I think I may be done with reality TV for a while.  At least until I set another life goal.