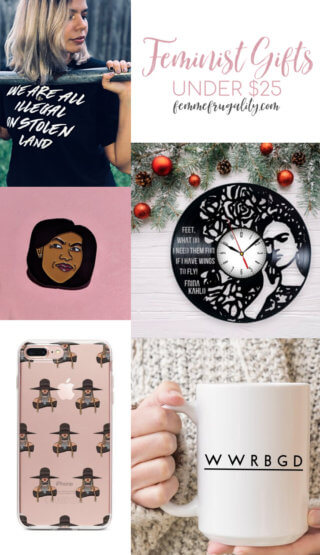 The holidays are just around the corner! In fact, today’s Cyber Monday, which means you can grab some great deals–like this one on an AncestryDNA kit.

While you should definitely check out the deals today, I wanted to put together a gift guide that could last beyond the clickiest holiday all year. So today we’ll be looking at some gifts for the feminist in your life–all for $25 or under

I’ll give you a nudge to check out the book in the side bar for starters, but after that you’ve done that, here are some more great gifts at a great price. 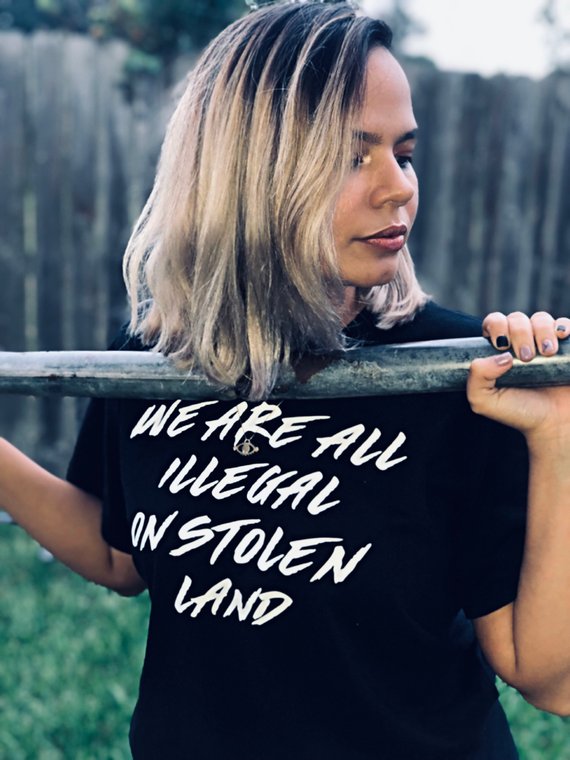 Personally, I’m mostly super white. My family was among the huddled masses that sought refuge in this country, and it’s something I’ve always been grateful for and proud of. While America has never initially loved its immigrants, I was raised in an America that was proud of its status as a melting pot.

But the fact that my family thought this was a safe and good country to come to hinged upon the fact that the white people who had come before them had robbed and slaughtered this land’s native people. Throughout our history our country has denied its native people so many rights, including the right of citizenship on its southern border. As people native to this continent attempt to come here seeking asylum from violence and persecution, we need to remember that we are all illegal on stolen lands.

This shirt from Ava Rose Apparel reminds us of just that. 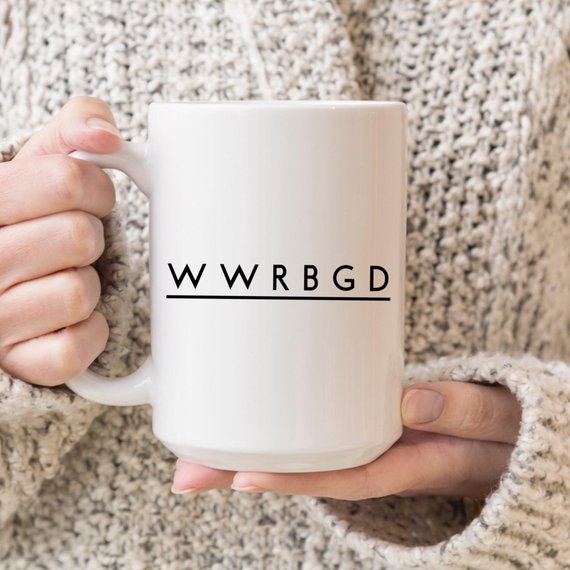 In This House We Believe… 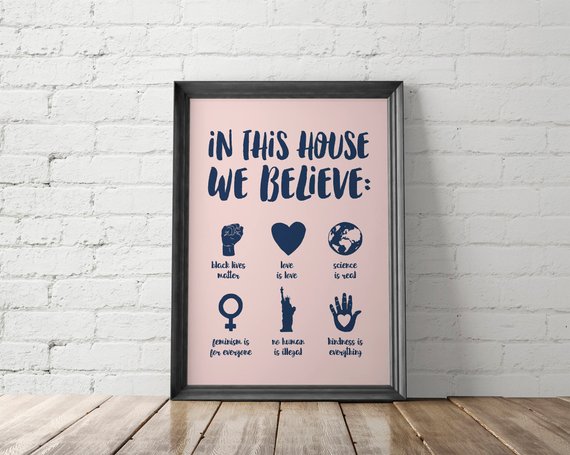 Seriously considering downloading this printable from littlegoldpixel for the walls of my own home. It makes me more than a bit sad that these ideals aren’t standard across American homes. Because of that, though, I want to make sure they’re reinforced with my own children. Odds are, your feminist holds these values, too: 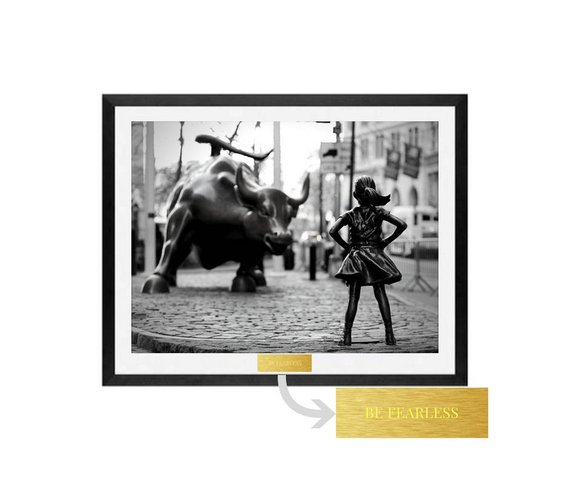 It could be because I’m a huge money nerd, but I find the Fearless Girl statue so powerful. Although it may have been placed by State Street Global Advisors in an attempt to distract from a lawsuit they had going on regarding pay inequities among its female and black employees, it’s also true that when women sit in the highest levels of financial corporations, the companies perform better. Even if there is a hint of irony, the statue stands for equal pay and representation, even in the face of great discrimination.

You can gift this powerful message via this photo from Modern Memory Art. 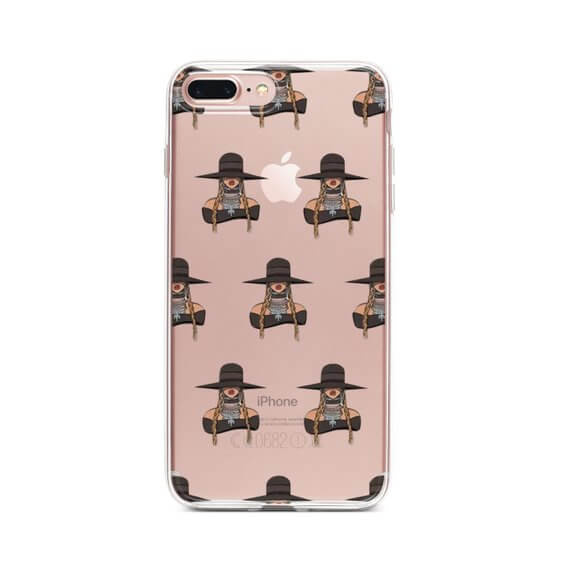 Icon and legend Beyonce used her album Lemonade to feature the poetry of black women, express righteous anger and then an altruistic capacity for forgiveness, reinforce that black lives matter and that we need to do something about it culturally, and that women–especially women of color–have the power to economically take charge of their own lives despite facing a myriad of oppressions.

Celebrate all that goodness with this clear iPhone case from PipeszCases as you’re shopping this holiday season. 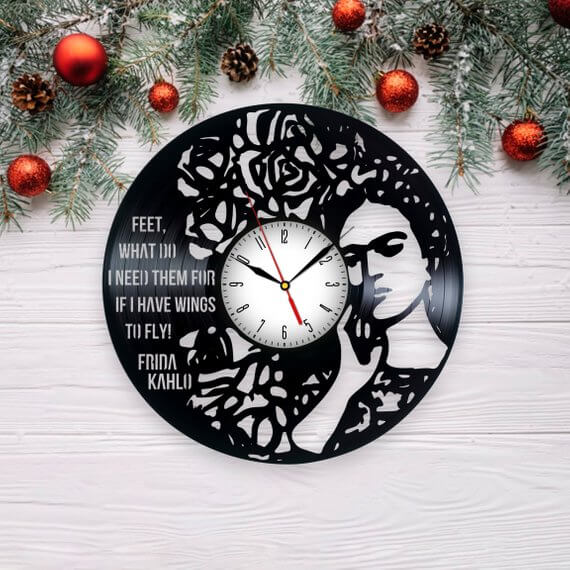 Frida Kahlo was a Mexican artist who explored so many intersections. From gender to race to colonialism to socioeconomic class, she covered all the bases in truly powerful ways. This clock from RachelClock memorializes her with a line of her poetry:

“Feet, what do I need them for if I have wings to fly!” 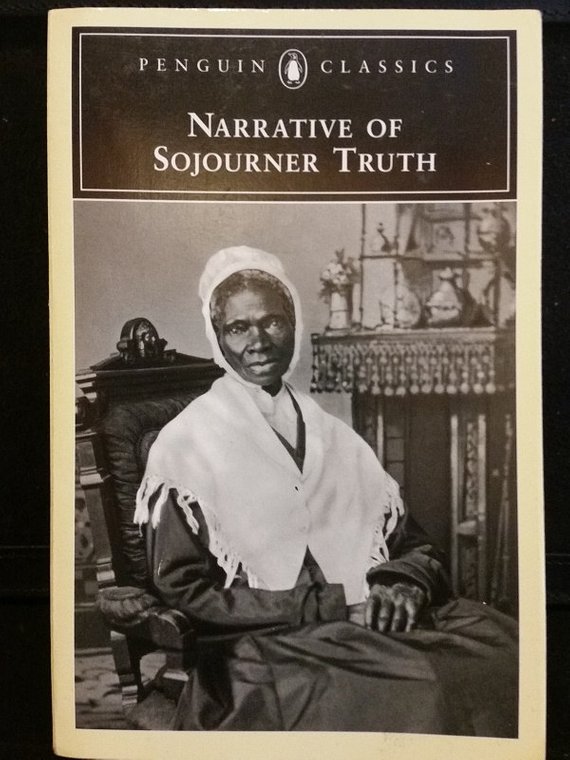 If you’ve got a reader on your hands, you’ll seriously want to consider ordering the Narrative of Sojourner Truth from AffordableBooks. Truth was arguably America’s first intersectional feminist, and the pages of her narrative cover her years as a slave, an abolitionist and a feminist. 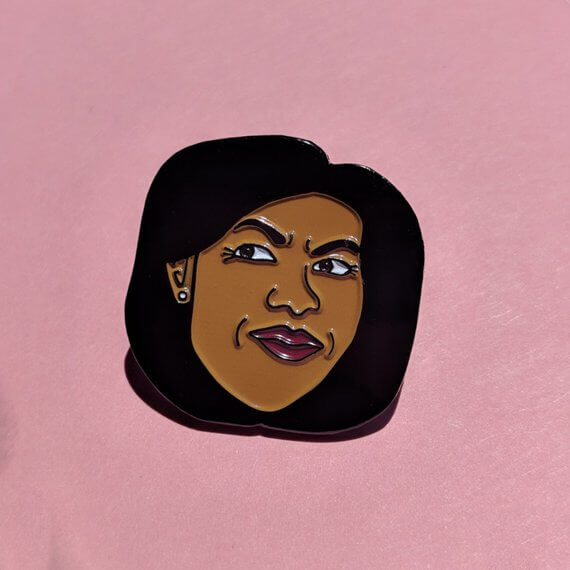 When I asked Twitter about putting together a feminist gift guide, Veronika from Debts to Riches recommended vinyl pins from GRL TRBL. I immediately started falling in love with the self-described “kitschy” feminist products by Afro-Latinx artist Emerald Pellot. When I came across this Michelle Obama side eye pin, I knew I had found my favorite to feature. Obama is a hero in so many ways, but her obvious disapproval at the last presidential inauguration was everything. She expressed what so many of us were feeling while somehow still remaining classy as hell. 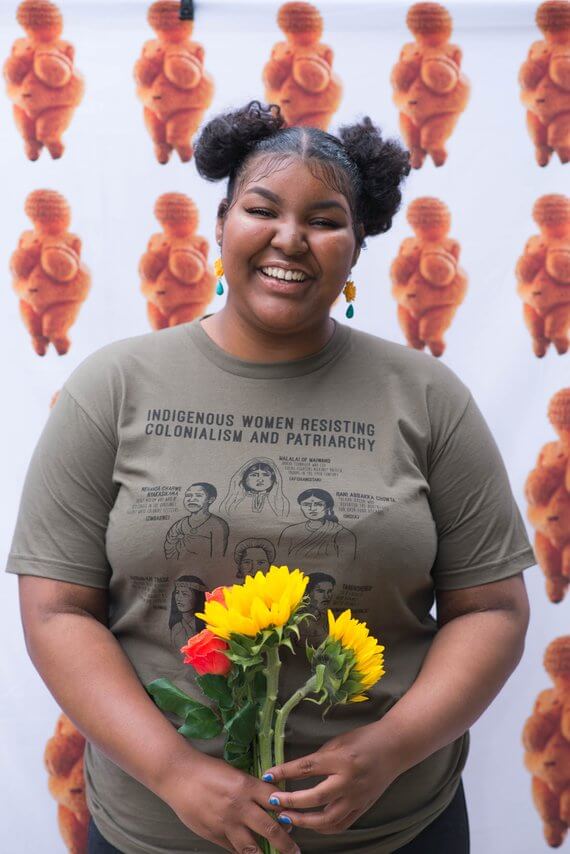 Colonialism and patriarchy often go hand in hand, and there is no shortage of strong women who have resisted at every turn. This tee from NalgonaPositiveShop celebrates a few of these heroes: 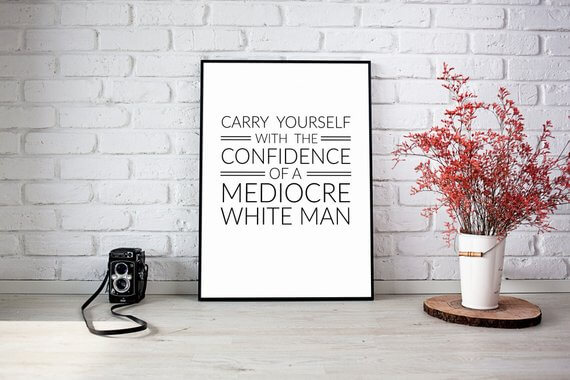 When society tells you you’re not worth as much–whether that be via your pay or because of how you measure up to the real way society largely defines value for women: looks–you start to internalize it. When you don’t have to live up to those standards, e.g. you’re a white man, you inherently have a lot more confidence. This poster from Murkantile Designs reminds us that we, too, can be confident with a dash of humor.