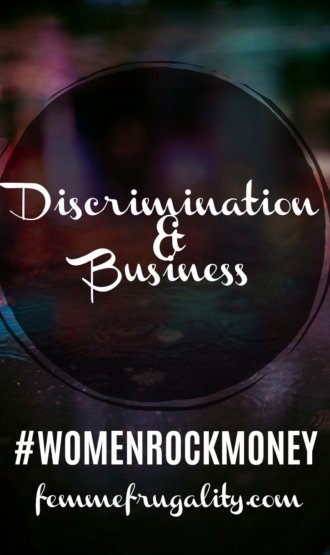 Did you know that as of 2016 there were 11.3 million women-owned businesses in the United States?

True story. Since 2007, the economy at large has only seen an increase of 9% for the establishment of new businesses. But women-owned businesses? Forty-five percent growth.

Businesses run by women have seen a 37% increase in revenue since 2007–ten percentage points higher than the economy at large.

They’re rocking it once they head off on their own.

Beyond the obvious ridiculousness of this circumstance, it has been proven time and time again that companies with female CEOs or chairmen significantly outperform the broader market. While the world market has seen returns of 11% since 2009, women-led business have seen more than double the growth–25%.

Want to learn more about women and finances? I happen to be writing a book on the very topic: The Feminist Financial Handbook. Sign up for the newsletter to get updates and be one of the first to get a copy!

What the heck is going on?

But it would be foolish to think sexism was the only type of oppression at play.

All that growth of women-led small businesses?

Not all of it is for positive reasons. One reason people leave the W-2 grind and head out on their own is unequal pay and marginalization in the workplace. It stands to reason that women would start working for themselves or taking charge and employing others.

This is especially true for black women, who are the fastest growing group of entrepreneurs in our country. When you consider the added barriers that racism imposes, it’s not surprising that so many women are taking control of their own destiny.

Another form of prejudice that forces women out of these positions is heteronormativity. While office politics are one factor in this oppression, discriminatory state laws play a large role, as well.  From 2005-2014, over one million jobs created by LGBTQ+ entrepreneurs moved to states with inclusive laws and policies for the demographic.

What can we do about it?

When you look at these numbers, it’s easy to get discouraged. Angry. Desolate.

But rather than wallowing in that despair, it’s important to recognize that there are things we can do about it if we channel those negative feelings to fuel positive action.

You don’t have to have a huge platform to address systemic oppression. You can address it in your everyday life. When you hear your aunt, co-workers or friends make comments that further reinforce othering, say something about it. Culture changes one opinion at a time.

Stick Up for Each Other

If you have privilege, use it. We’ve seen some high-profile cases of this in Hollywood recently. Perhaps the biggest comes from Octavia Spencer and Jessica Chastain. When Chastain realized that women of color got paid far less than white women, she tied her co-star–Spencer’s–salary to her own, ensuring equal pay.