This latest installment in the Intersectional Money Series is by Jamila Souffrant.

We’d all like to think that success is attainable for anyone who has the proper tools, drive and necessary grit to withstand all the challenges that come, building wealth and accomplishing goals along the way.

Unfortunately, not everyone has access to the same resources or begins at similar starting points in the money and entrepreneurship game.

Why is it important to represent minorities?

Sometimes, the advantages that push you closer to success are tangible such as supportive parents or access to a well-connected social network. Some advantages are not as easy to detect because if you are not affected by them, they are somewhat invisible to you.

Personal characteristics such as confidence and courage are major intangible advantages any entrepreneur or business owner must have to succeed. If you were lucky, these personal attributes were first instilled in you by your parents.

But we also receive this messaging of self worth and capability through mainstream media and from the world around us.

In other words, seeing people who look like you, who talk like you and who you can relate to in positions of success matters when building your confidence.

My experience with misrepresentation in finance media.

A couple of years ago, Entrepreneur Magazine picked up an article that I wrote for another site called Why Quitting My 6-Figure Job Was The Best Decision For My Family. When Entrepreneur first ran the story on its site, a white family was used as the stock photo.

Once it was brought to Entrepreneur’s attention that the stock photo picture was a misrepresentation of me as the author, the image was changed to one that more closely represented my family — a black family.

I don’t think Entrepreneur purposely used a white family as the story image knowing that I was a black author. I didn’t directly submit the article to the site and it was picked up as a syndication article from another site. Entrepreneur picked the image that they thought went best with the article.

But why should a white family be the go-to image of happiness and success? This is an example of the implicit bias and systematic inequalities that exist in our society. The default image of success is usually white.

Representation reinforces that success is possible.

In a society where people of color, specifically black people, have been blocked from building wealth and attaining economic freedom, we desperately want and need to see more people who look like us achieving happiness and financial success.

For so long, we didn’t see ourselves in the traditional happy and positive news stories. There is still a big discrepancy today in how black people are portrayed in the media.

Sometimes, all it takes to spark the confidence that you, too, can be successful, is seeing just one person who looks like you. One person doing something you want to do, but thought was impossible.

I get excited every time I see someone accomplishing something amazing reported in the media who looks like me. Not only do I cheer them on like they are a friend in my head, but it creates a sense of hope that if it were possible for them to achieve it, it can be possible for me to achieve it, too.

Why representation in financial media is important for everyone.

Representation does not only matter for people of color and other marginalised groups. It also really matters to everyone else.

It’s important that non people of color see positive representation of people who don’t look like them in the media. This further reinforces inclusion, diversity and challenges the overall perception of what the typical success looks like.

Jamila Souffrant is a podcaster, writer and founder of JourneytoLaunch.com where she shares her journey to reach Financial Independence while helping others do the same.

Jamila is considered a go-to financial thought leader in the personal finance field and is the resident financial expert on a weekly segment on News12 — the most watched local TV news-station in NYC. She has been featured in other notable media outlets such as ESSENCE, Refinery 29, Money Magazine, CNBC, CBS, Business Insider and more. The Journey To Launch Podcast was also named one of “27 Podcasts You Need To Start Listening To In 2018 by BuzzFeed”.

Jamila and her husband saved $169,000 in two years and are debt free besides their mortgage. She is also a mother of three young children and lives in Brooklyn, NY. 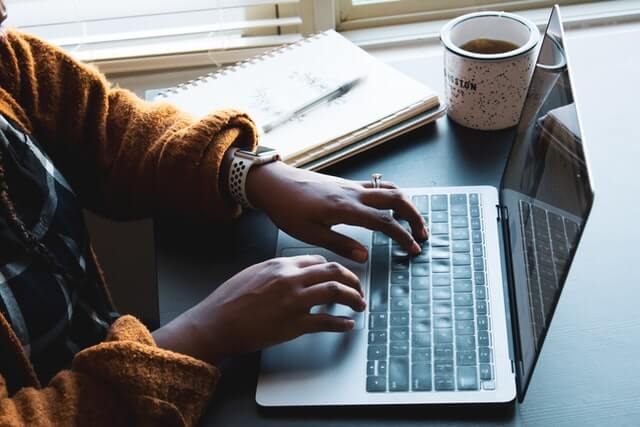 How Your ACE Score Affects Your Money Habits

Our past can unconsciously influence our decisions. Paying attention to behavior patterns with money can help create reflective money habits.