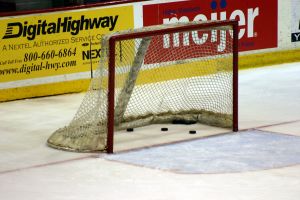 I’m not going to lie to you:  I don’t like hockey.  I’ll say I’m a Pens fan if I have to choose, but I just can’t get into the sport in general.  Trust me, I’ve tried.

That being said, I find the what the NHL lockout is doing to our local economy fascinating.  And tragic.  We’re a sports town for sure.  Right now we have football going on.  In spring and summer we get excited about the Pirates.  (By fall our team plays so poorly we reveal just how fair-weather our bucco enthusiasm is.)  But hockey fills in the rest of the year.  There are so many games played, and the season is so much longer.  We don’t have any pro basketball in this town, and despite how great they are or are not, Pitt’s collegiate team just can’t fill that gap.

So the NHL plays a real role in our economy.  This year, it is estimated that for every game NOT played, Pittsburgh’s losing $2.2 million dollars.  (Source.)  Holy.  Moly.  Let’s see where that money is lost.

Stadium ushers are getting screwed.  No hockey means no job.  No job means no money.  The holidays are quick approaching.

Stadium ushers aren’t the only ones directly effected.  Think parking lot attendants.  Security guards. Food vendors in the Consol Energy Center. Zamboni drivers.  Heck, even ticket scalpers. There’s a lot of people on the ground that will be having a hard time this winter unless something gets resolved.

I remember when we had the Winter Classic here.  New Year’s Eve and a bunch of Capitals fans were all up on Grandview screaming about how great their team was.  Annoyed as I was, those people travelling to Pittsburgh, staying at Pittsburgh hotels, riding around in Pittsburgh cabs, and buying food and beer at Pittsburgh establishments were bringing in tons of cash.  The Winter Classic may be the pinnacle of attraction as far as NHL games are concerned, but we get a smaller amount of tourists for every game.  And now that money simply isn’t coming in.

So out-of-towners aren’t buying food and drink here.  But neither are as many locals.  This puts a big dent in business at local bars and restaurants, and the owners aren’t the only ones effected.  Your bartender?  Poorer.  Your waitress?  Poorer.  The pizza delivery guy?  Poorer.  So if you happen to be somewhere where you are patronizing the food service industry, remember to tip well.  Obscenely rich people not getting along are screwing with that person’s holiday budget.  Or maybe even rent.

The games aren’t airing on any networks.  So none of the networks are advertising.  Which means they’re not making money off of those advertisers.  On top of that, many advertisers aren’t even able to sell as much of their product.  Molson Coors is even suing the NHL over this very issue.  (Source.)

As much as it’s affecting Pittsburgh, I can only imagine how bad it must be for Canadian economies right now.

25 thoughts on “How the NHL Lockout effects the Local Economy”