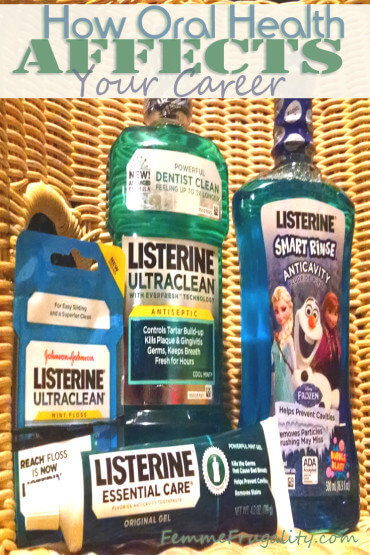 When I was a kid, my mother would take me to the dentist every six months religiously. I brushed and brushed to avoid ever having to see the drill. I was incredibly successful.

Until I hit 17. That’s when I got my first cavity. It turns out the drill wasn’t as big of a deal as I thought it would be, but it did teach me that prevention is way better than waiting to have something to fix.

Fast forward a few years, and I’ve had a few more cavities. I haven’t had dental insurance for most of my adult life, and at times I used that as an excuse not to go. Those cavities taught me that not only do I want to avoid the drill, but I also want to use preventative measures to dodge larger dentist bills.

I always made sure to go to the dentist when I was pregnant.  The first time I went, they dropped a bomb on me: I had gingivitis. Apparently it’s a common problem for pregnant women to have, but I still wasn’t thrilled.

Gingivitis is an inflammation of the gums, but left untreated, it can turn into periodontitis. Periodontitis is scary stuff. Your gums become so inflamed that it actually creates a pocket between your gums and your teeth, opening up the door for infection. That infection can  deteriorate the bone of your tooth if you leave it untreated long enough.

Do you see a trend here? The longer you leave something, the higher your dental bills are going to be. Not to mention the pain.

That sufficiently freaked me out, so when he recommended using LISTERINE® Antiseptic I happily took the coupon he offered me and obliged. Gingivitis problem solved.  He recommended LISTERINE® because brushing your teeth alone misses 75% of your mouth, leaving millions of germs behind. Left untreated, these germs can lead to oral care issues such as plaque and gingivitis, which was exactly what had happened to me.

As it turns out, gingivitis isn’t only prevalent in pregnant women. It’s prevalent in the gigantic pool of everyone. Surprisingly, while more than 8 in 10 people believe they have a healthy mouth (83%)*, the truth is that nearly all Americans suffer from some form of oral disease, and nearly half (47.2%) of American adults over the age of 30 suffer from gum disease (which includes gingivitis and periodontitis.)

Oral Health Can Affect Your Career

We all know we judge each other on oral health in our culture. Whether it’s right or wrong is unfortunately irrelevant. As a result, poor oral health can give a substantial blow to our self-esteem.

It can also give a substantial blow to our career opportunities. If we know we judge each other based on the way our mouth looks, then looking at these numbers from a recent study done by LISTERINE® in conjunction with GfK should be eye opening:

The problem isn’t just in self-confidence; some of those people who think your job chances are threatened almost undoubtedly are doing the hiring. And making promotion decisions. When you take these huge percentages into account, it becomes pretty clear that poor oral health can negatively affect your career in a huge way.

I personally don’t think we should judge people on the way they look, especially in the workplace. I believe we should judge them based on their ability to perform. I’m a reluctant realist, though, and know that’s not how things work.

I was very fortunate to have a mother who taught me to obsess over my teeth from a young age, and a dentist who taught me how to kill gingivitis, so I’ve never run into any judgement based on my oral health. For all my insecurities, my smile is not one of them.

Not everyone has that same opportunity to go to the dentist every six months from such a young age. And a lot of people who have gingivitis don’t even know they have it. While you can’t change what’s happened in the past, you can prevent further problems in the future. Brush. Floss. Use LISTERINE® Antiseptic.

And start teaching your kids to do the same from a young age. It will help them avoid those prohibiting judgments in the workplace just like it did for me.

Want to learn more? Do More?

LISTERINE is committed to promoting healthy oral care habits.  That’s why the brand is partnering with Oral Health America, whose FALL FOR SMILES campaign educates the public about the positive impact good oral health can have on overall health and well-being. OHA’s mission is so important to LISTERINE that the brand will be pledging $20K to support their work. We hope this inspires you/others to join them and help double the donation – – use #LISTERINEgives on 10/27 from 12-1 PM EST and trigger a $10 donation from the LISTERINE Brand to Oral Health America**.

Plus, check out more info on the study, and get a $1 coupon!

What is your experience with oral health and the workplace? Have you ever been judged? Or made a judgement yourself?

This is a sponsored post. I received LISTERINE® Brand products from Johnson & Johnson Consumer, Inc. as part of my participation in this project. All thoughts and opinions expressed in this post are my own.

8 thoughts on “Gingivitis and Earning Potential”