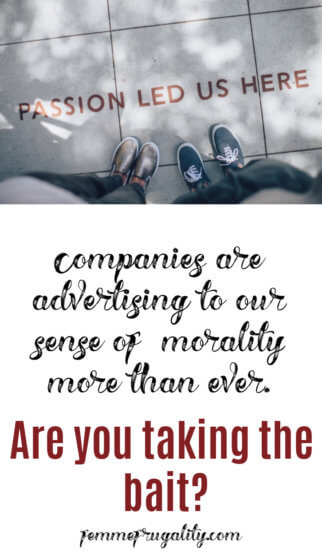 While I was in Florida, I made many Walmart trips. Because you always forget something.

On one of these trips I was picking up razors. I was about to buy my regular brand when I thought I’d check out the guys’ razors. My finances could use some shoring up, so I’ve tried to be conscious about exercising a bit more frugality. And the guys’ razors are always cheaper.

Except this time, they weren’t! 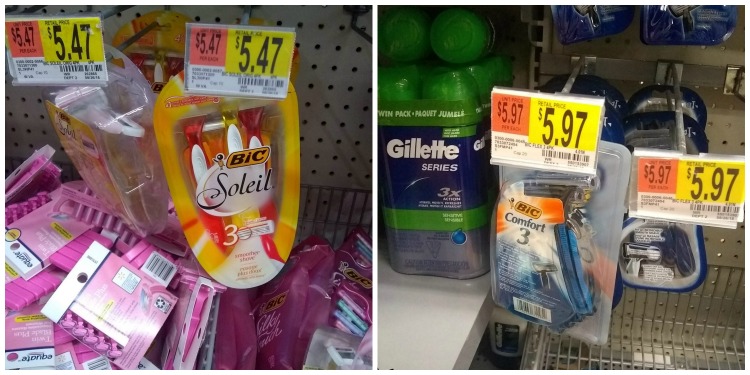 My jaw hit the floor. The Pink Tax in reverse! Two similar products, same brand. One clearly marketed to women, the other to men. I’ve tried both, and they both successfully get the hair off my legs. It’s the packaging you’re paying for.

So this anomaly was exciting.

But then I came home and found that the Pink Tax has been working its regular magic at all the area suburban stores I’ve shopped at since.

In fact, Friday night I was shopping in preparation for Snowmaggedon. I was buying razors, and went through a similar thought process to the one I experienced at that Floridian Walmart.

Wait, wait, wait. Remember that commercial that made you feel like maybe there are some good people in the world after all? And how at least some Twitter bots are protesting because apparently they don’t want a society that’s safe for women and children? Because that’s a platform now?

Buy the Gillette razors. They used their platform for good. And, yes, to appeal to Gen Z for advertising purposes. But you know what?

Nope, that ish is still expensive as hell.

*walks away, Nike sneakers squeaking on the freshly mopped floor*

So obviously I’ve had a lot of deep thoughts about razors lately. I’d like to look at the financial issues and psychological economics behind these thoughts I experienced.

First there’s the Pink Tax. It’s this thing where women’s products cost more than men’s, even when they’re identical products only differing in presentation, which is gender-binary-oriented.

Razors are obviously an example. So is shampoo. The list goes on. If it’s marketed to men, it’s cheaper. Perhaps the logic behind it is that women are more eager to be beautiful because that’s how society values them so they’re willing to invest more money into “beauty” products which are really just a part of basic hygiene.

But that logic makes me want to throw up in my mouth.

The Pink Tax is also a problem when it comes to feminine hygiene particularly. I live in the great state of Pennsylvania, where we’re not taxed on things like food and other necessary items like basic clothing.

You know what else we don’t pay tax on?

No one buys tampons because they like the way they feel. These products are not luxuries. We buy them because they are necessary to function in the day-to-day world. They’re necessities. Just like food. Just like basic clothing. Yet many states still tax them.

I’m kind of crazy and think that not only should they not be taxed, but they should be a fully-covered benefit of any ACA-compliant plan. And that same coverage should be mandated as a contingency of granting states Medicaid funding.

But that’s just me.

Am I a sucker for advertisers?

I watched the Gillette commercial this morning and thought it had a great message, not only for men and boys, but for everyone. I was then called a man hating feminist 🤷🏽‍♀️ • • • • • • #Gillette #GilletteCommercial #Feminist #Feminism #Masculine #Masculinity #ToxicMasculinity #FragileMasculinity #RiseAboveIt #LaughItOff #NothingButLove #LetsBuildEachOtherUp


Yes, I did exactly what these advertisers hoped their commercials would influence me to do. I bought their product because of their moral stance. Gen Z is coming of age.

You can officially stop calling 18-year-olds millennials. I’m in my 30s now, and I’m pretty close to the middle of the pack.

Gen Z is the hottest new target audience, and they lean liberal. They take note of things like social positions of companies, and they truly do vote with their dollars.

Millennials do this to some extent. Obviously. I bought into the razor ad. But I think Hasan Minhaj does a good job of exemplifying the effects of millennial anxiety on our final spending decisions. I’d recommend watching the whole thing, but you’ll pretty much get the point I’m trying to make if you watch to 1:40.

Note: We’ll be talking more about millennial anxiety and its effect on our personal economies in coming weeks. You can subscribe here to get a notification when the post goes live.

So I bought a product because the people in their marketing department were smart enough to prey on my sense of morality.

Does that mean I’ve been duped?

I’m of the opinion that it doesn’t. Now, it may have been a bit irresponsible of me to not research if Gillette as a company has any skeletons in their closet before I made the purchase. But given the information I had at the time, I’m happy with the decision.

Really I think we just need to talk about these things and accept that sometimes our individual actions or opinions may be wrong. For example, with retrospect I can see that I should have researched the company via actual news sources to see if my values aligned with theirs or not. This rather than relying on an advertisement put together by marketing professionals. They hit my values on the nose in that ad. But do they exemplify those values after I give them my money?

They very may well. The marketing department may have had only the greatest of intentions as they crafted this ad that made me cry. The company may very well live up to these values. I haven’t heard anything to the contrary. I couldn’t immediately find anything disturbing about the ad like I experienced with that terrible Pepsi commercial a year or two back, either.

But because it is coming from an advertising department, it’s not necessarily a reliable source to represent the actual company culture.

We placed a new symbol of women and leadership in a place that no one can ignore. Get the full story > https://t.co/sDYyqqye2E pic.twitter.com/XQVznL6hoj

If we don’t openly talk about our values and the way we digest media when those are the very things advertisers are targeting, we will cease to be informed consumers.

In the meantime, if anyone has an inside scoop on the work and company culture at Gillette, lemme know. Until I have information that changes my mind, I’m going to consciously allow myself to be swayed by this brilliant marketing campaign.