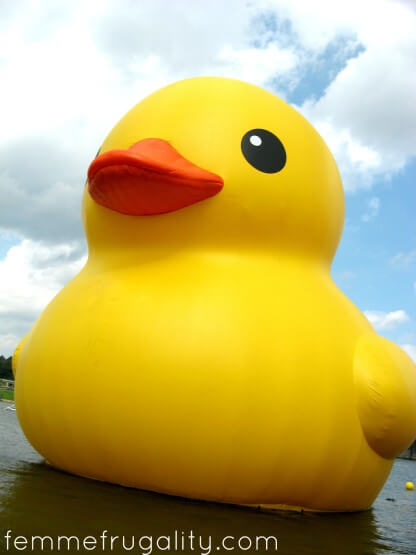 For those of you who missed it, there was some mystique surrounding the arrival of this huge rubber duck to our fair city of Pittsburgh.  It’s finally here, though.  It’s big, it’s yellow, and it’s fabulous!  (Though I’m still not entirely sure it’s magic.) 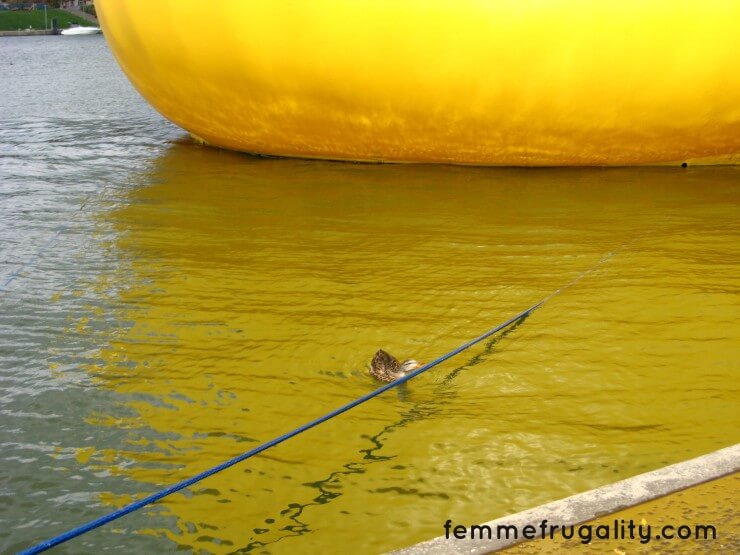 A real duck trying to peck away at the rubber duck’s tethers. 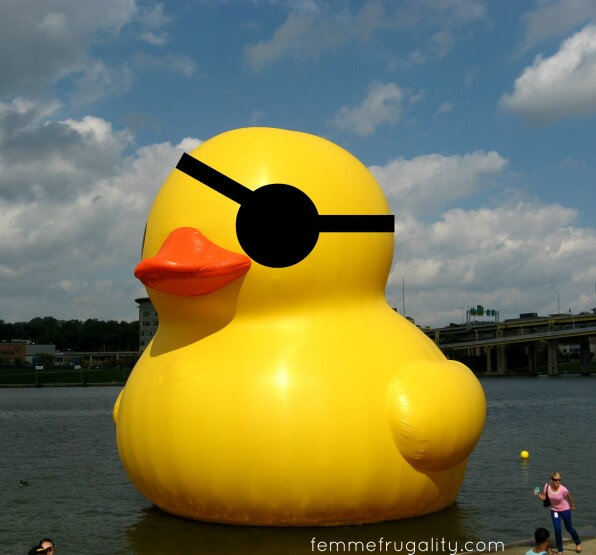 Arrived just in time for the play-offs! 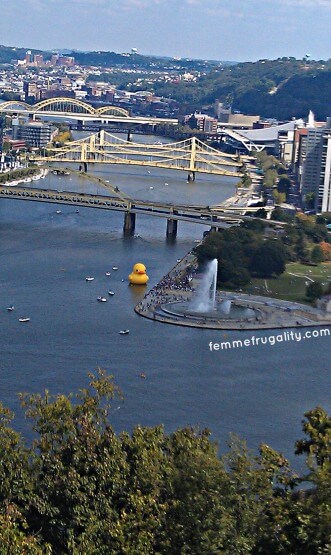 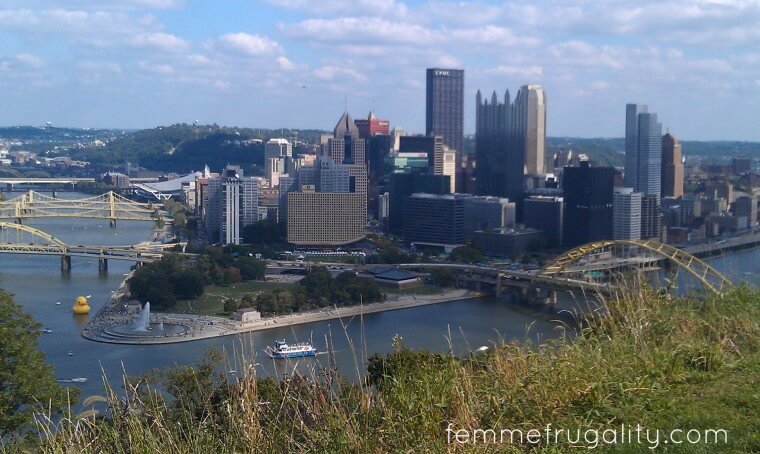 It’s free to go visit and take pictures!  Ducky is with us until October 21st as a part of the International Festival of Firsts.  When we went, the regular vending for Point State Park was open.  There was also a small souvenir stand.  Some of the designs adorning the staple hats and t-shirts were cool, but most of them were just a yellow silhouette of a yellow rubber duck ironed on to a shirt.  We decided not to drop any money on that.  If we end up really regretting that decision, it’s something that could be DIYed so easily that even WE could do it.