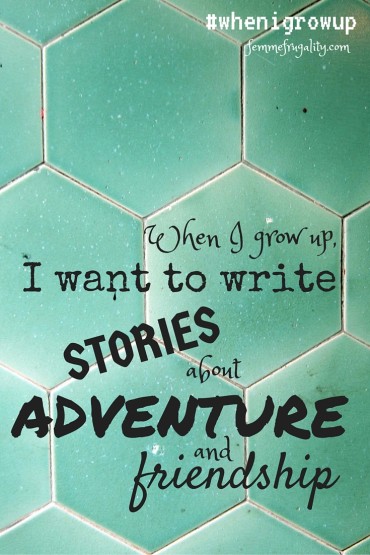 It’s been a while since an Around the World in Books update, where I strive to read 80 books from cultures across the world for under $20 total. Here’s my running tally so far:

And today’s book was another eBook that I spent $1.99 on, but it turns out this one was well worth the cost. That will bring my grand total up to $6.73. Not a great number for only being 15 books in. I’m going to have to watch myself and not rack up anymore late fees!

Reading in email? Click here to see the title.

I’m pretty sure this book was recommended by Sarah, but it was definitely someone over at Suburban Finance.

Ohmigod. It was an amazing recommendation. The quick read chronicles the early education of Tetsuko Kuroyanagi herself. She got kicked out of her first grade classroom, but her mother never let her know that. Because she didn’t want to give her a complex.

She had an amazing mother.

Her mother then enrolled her in a very, very alternative school. The building itself was literally train cars lined up on the school’s property, with one for each grade. The children were allowed to work independently in each subject in whichever order they fancied, with the teacher there to support the learning process and answer questions. As long as they got all of their work done, they got to go on walks in the afternoon, which were hands-on science and history lessons in disguise.

It was magical. This book is nonfiction.

Unfortunately, this was also during WWII. The school was bombed, and subsequently never able to reopen.

The school’s headmaster, Mr. Kobayashi, had envisioned building this school his entire life. He was very involved in every aspect, making full-inclusion a part of the everyday curriculum long before our mainstream policies did so here in the States. He understood the way children learned, and fostered an environment where they could do so effectively and without fear of repercussion.

There is good news. His students went on to do great things, whether they were acclaimed for them or not. Kuroyanagi herself was acclaimed, and has done many amazing things over her lifetime. But she started out as an actress and talk show host, raising herself to celebrity level which allowed her to do a ton of charitable work across the globe. She accredits her success to her early education at Mr. Kobayashi’s school.

My only regret with this book is that I had not read it sooner. It’s been around since the 80’s…..

…why is it not required reading for anyone who will have to work with children ever? Seriously, if you have or work with kids, it’s a must-read. And a short one at that.

When I Grow Up…

I was highlighting all through this book, but there were a couple quotes from Mr. Kobayashi that really and truly hit home.

Mr. Kobayashi used to tell the kindergarten teachers not to try and fit the children into preconceived molds. “Leave them to nature,” he would say. “Don’t cramp their ambitions. Their dreams are bigger than yours.”

This was said in the midst of the human race tearing itself a part. There was so much hope in those words. There’s a lot of truth, too.

When we fit children, or ourselves, into molds, we too often stifle creativity. We lose solutions to future problems as we teach and learn that there is only so much we can do within the confines of our self-imposed black and white lines. Imagination dies a slow death in this way, and the curiosity we need to ask questions like, “Why did the apple fall from the tree?” slowly dissipates.

The wonder that embodies childhood helps us invent the world of tomorrow when we maintain it. Filling out bubbles on a sheet of paper only assesses our knowledge of what we already understand about the current world. It does not create tomorrow.

This got me thinking about my own childhood dreams. I wanted to write novels about adventure and friendship when I grew up. I’d fold thick stacks of standard white paper in half and staple them together at the center, creating my binding. I’d write words and draw pictures.

To give you an idea, the one I remember most was one where my three best friends and I were trying to catch and stop a nefarious crew of criminals. Our quest led us to my family’s ethnic homeland, where my great-grandmother’s spirit rose from her grave as she gave us vital information that would help us catch the deviants.

What genre is that?

The real question: who cares?

Obviously, like most childhood dreams, it died. I’m not writing adventure/friendship/ghost stories/mystery novels as I sit here today.

I can actually remember exactly how it died. I was working on Windows 93 in my family’s basement. I was typing away at a story about a girl who found out that she had a twin she had been separated from at birth. That twin had recently died. That twin had been a witch.

My main character had magic blood in her, too, and the school was looking for a replacement for her sister as they had one representative from each magic family. So they uprooted her from her perfectly normal life, and forced her to acculturate into a residential school where her biological family’s reputation for magic powers preceded her.

It was totally going to look like I ripped of JK Rowling.

So I quit. My idea was no longer original. And who was I but a young girl in a suburban basement, when compared to a grown adult who knew how to market and was wise enough to not initially reveal that she was a woman? Because sexism? (I had no idea she wrote her first outline on napkins on a train at this point.)

A few years later, I read Cat’s Cradle by Kurt Vonnegut. I loved it. I started devouring everything of his I could get my hands on. There was a prevailing theme that ran through his work. It went something like this:

Sorry, kids. There’s no way to make money as a writer anymore.

I gave up on my dream when someone else had a similar idea to my own. I buried it when my literary hero told me it was impossible. 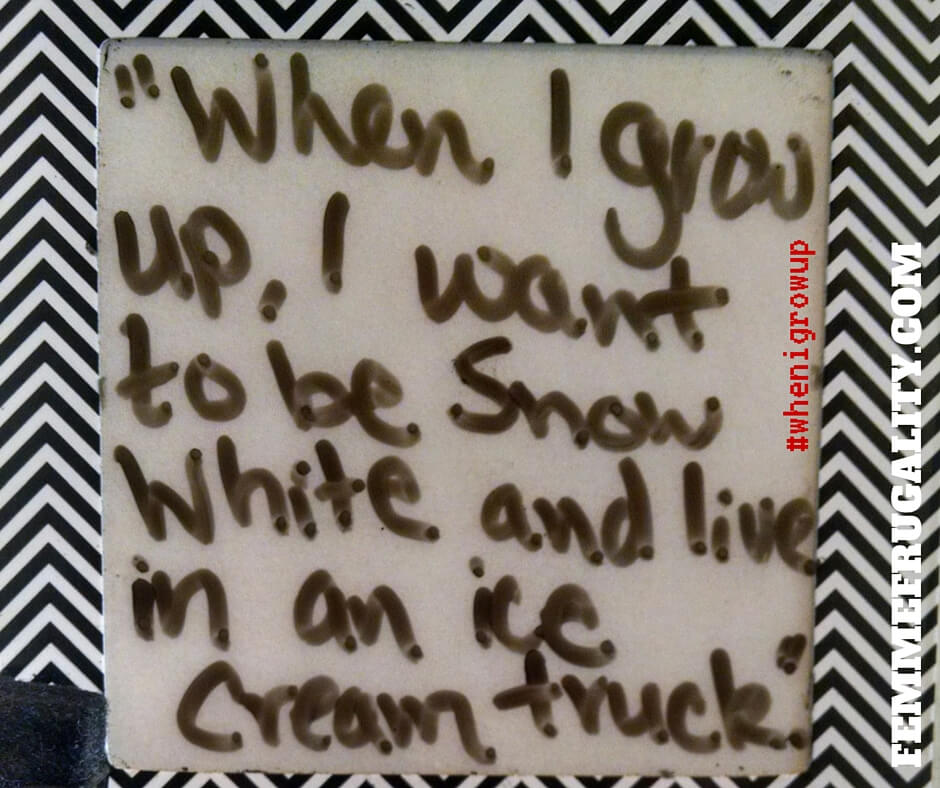 To be honest, I’ve never felt like I fit the mold. But I sure as heck tried. I started placing greater importance on numbers and practicalities. I convinced myself that my adventure novels weren’t going to rock the world, anyways. I gave up imagination for logic, ignorant to the fact that the two work best in concert.

I continued studying language. Our language. Other languages. Both of my careers have focused around it, actually. Mr. Vonnegut, something amazing happened. The internet popped off. I now get paid to create content based around personal finance because of new technology.

And yet, he was still probably right. I get paid to write. But it’s a far cry from the fiction I had envisioned in my youth. In all honesty, it’s a dream I’m not overly anxious to get back to.

But it’s still really sad that I left it behind.

In my adult life, I now try to actively create. Not for money. But for the process of it. To exercise my imagination. To put my hands to something that doesn’t necessarily have to mean anything. To paint or write or dream just because I want to.

I think that’s the goal of personal finance, specifically when we start talking about financial independence. To get to a point where we can create the life we want to, simply because we want to. To not be tied down by obligations and practicalities.

But when we get too entrenched in the numbers and working out the practicalities of today, we can sometimes stifle that childlike urge that was our initial motivator.

What did you want to be when you grew up?

With that in mind, I want to ask something of you. What did you want to be when you grew up? The “crazier” the better. Leave it in the comments, or if you want to get really fancy, post a pic on Twitter with the hashtag #whenigrowup. I’ll do a compilation post of all of our dreams.

Maybe you don’t still identify with them today. But the lack of inhibition from your childhood is something I’d love to bring back. Because when we stop trying to fit the mold, we can do amazing, creative things.

Having eyes, but not seeing beauty; having ears, but not hearing music; having minds, but not perceiving truth; having hearts that are never moved and therefore never set on fire. These are the things to fear, said the headmaster.

Canada: The Dog Who Wouldn’t Be by Farley Mowat recommeded by Messy Money
Afghanistan: The Underground Girls of Kabul by Jenny Nordberg recommended by Savvy Working Gal
Nigeria: Under the Udala Trees by Chinelo Okparanta
Philippines: May Day Eve and Other Stories by Nick Joaquin recommended by Guiltless Reader
Iceland: Scarcity in Excess by Arna Mathiesen & Thomas Forget
Sudan: The Wedding of Zein by Tayeb Salih recommended by Kate Wilson
Kenya: Out of Africa by Karen Blixen recommended by Christine from The Wallet Diet
China: Factory Girls: From Village to City in a Changing China by Leslie T. Chang
Ethiopia: The God Who Begat a Jakal by Nega Mezlekia recommended by Based On a True Story
French Antilles: Victoire: My Mother’s Mother by Maryse Conde recommended by Based on A True Story
Suriname: The Free Negress Elisabeth by Cynthia McLeod recommended by Based On A True Story
Costa Rica: The Ticos: Culture and Social Change in Costa Rica
France: All the Light We Cannot See by Anthony Doerr recommended by Our Next Life
Germany: In the Garden of Beasts or Devil in the White City by Erik Larson recommended by Emi from AIP Around the World
Haiti: All Souls Rising by Madison Smartt Bell recommended by Tre from House of Tre
Jamaica: A Brief History of Seven Killings by Marlon James recommended by Jana of Jana Say
South Africa: Cry the Beloved Country by Alan Paton recommended by Emily from The John & Jane Doe Guide to Money & Investing