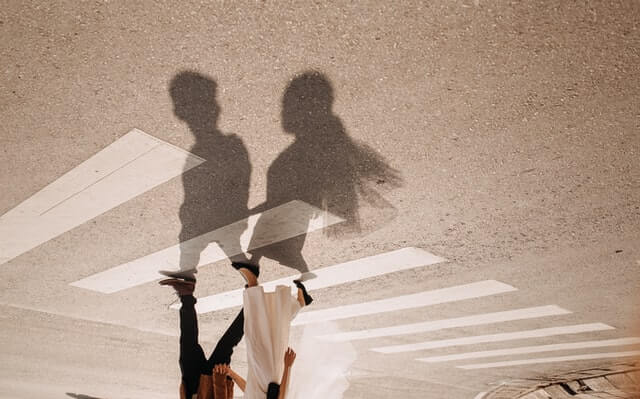 You know that feeling when someone tells you that you can’t do something?

That feeling in your gut that just wants to prove them wrong?

In 2011, Patagonia launched its initial ‘Don’t buy this jacket’ campaign: A full-page ad featuring the Patagonia jacket you weren’t supposed to buy. The company took things to the next level, claiming the ad was meant to highlight its eco-friendly ethos.

If consumers are encouraged to think twice before they purchase, the company reasoned, they would ultimately buy less stuff. When consumers buy less, you would hope less would be produced, thus easing the burden we place on our planet.

When you buy higher quality, you don’t have to buy as often. So while you should think twice before purchasing, Patagonia’s hoping that when you do, you’ll remember their ad and high-quality product.

That complex reasoning may be well thought out.

But at the end of the day, you remember the ad because it’s different. It tells you to do the opposite of what they’re hoping you’ll do, and harkens back to the type of reverse psychology you and your friends used while you were children.

Most reverse psychology in advertising isn’t as blatant. Because if you recognize it, you might alter your behavior.

One way to use reverse psychology in marketing is to not only not advertise, but make it difficult for potential customers to find your storefront. When businesses do this, they put off the air that they don’t necessarily ‘need’ your business, and that their product is only for an exclusive group of people.

When you’re told you’re not allowed in the in-group, your gut reactivity may push you to want to join even more. Businesses that  put off these exclusive airs can attract people who want to be included or those who want a unique, special experience.

NYC is known for its difficult-to-find clubs hiding behind common storefronts. For example, if you know where to find the secret door inside UES Ice-Cream Shoppe, you’ll find the Storage Room. The Storage Room is a cocktail speakeasy.

Subscribed to too many email lists? You’ve likely seen reverse psychology delivered straight to your inbox.

Some newsletter managers will send out emails actually encouraging people to unsubscribe. If you’re not going to engage with the newsletter, they tell you, they don’t really want to keep you on it anymore.

Do some people unsubscribe?

Yes. But those are generally viewed as people who would not have bought anyways.

And it does something else to the people who choose to stay. If the reverse psychology works, they may engage with the newsletter more. After being told their lack of engagement could get them kicked off the list, they engage more, making them more likely to purchase.

The Wilt Chamberlain VW commercial is one of the classic examples of reverse psychology in advertising. First they show you that Wilt Chamberlain won’t fit in the car. It’s not a good product for him.

If you purchase something from a salesperson, you might encounter this same type of reasoning. Let’s say you’re the salesperson. A common tactic is to first show a product that you know provides more than what the consumer needs. It’s also likely way outside their budget.

When they tell you so, you show them a second product. It has less bells and whistles, but no one needs that many bells and whistles anyways. Plus, compared to the initial product you showed them, it’s way less expensive. It’s feels like an acceptable alternative, and they purchase.

Examples like Patagonia and VW show instances where companies used reverse psychology and the consequent reactivity from consumers to grab attention. They tell a joke and let you in on it. By letting you in on it, you’re more likely to trust them.

But reverse psychology is often more manipulative. We expect advertisers to try to manipulate us. When we learn more about the methods they use, we can make more conscious spending decisions.

We expect advertisers to manipulate us, but we don’t expect the same behavior from those closest to us. If reverse psychology is happening in your personal relationships, you may want to seek help from a therapist. Learn more about why and how at BetterHelp.com.