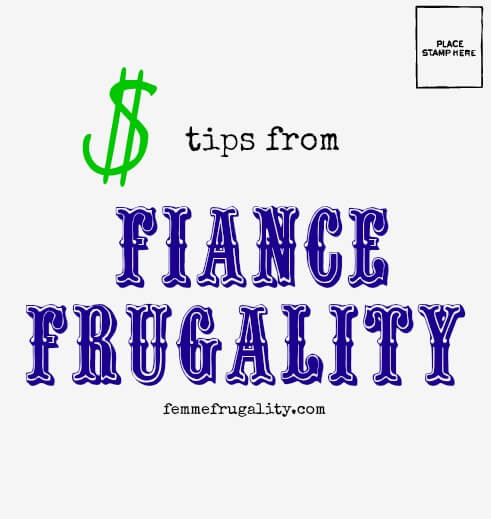 Back by popular demand is the fiance, or more appropriately, all my fiance’s most recent ideas for what I should write about on this blog.  So here is his advice for you, Femme Frugality readers.  (Disclaimer:  If you have not read his advice before, know that it’s meant to be humor on his part.  Not actual financial advice.)

One night his idea was for readers to open up their own frugal hotel.  He started off by telling me a great way to save was to leave off the ceiling.

Then he said you could use orange peels as air fresheners.

By the time he told me to shoot any dogs I found in the bathroom, I knew it wasn’t originally his idea, but a skit that had run on DVE during the olympics.

We sat there for a couple of minutes trying to figure out when we were both able to listen to DVE at the same time.  The kids must not have been in the car.  Which meant we weren’t in the car together.  And then I realized he was at work when I was driving back from my ski trip.  Which is when we both heard the same skit he later tried to sell to me as content.

According to him, if you play guitar, or “any other instrument, really,” you should consider taking up street performing.  During the Bucco’s games you’re supposed to go down to the Clemente bridge and play for the passer-bys.  He maintains that you’d make a killing.

BUT, you’re supposed to be very careful not to steal someone else’s corner:  fellow performer or just lowly panhandler.  Because either one could end in an all-out brawl.

Because it expands your mind, making you smarter and a better person.  When I told him I agreed with him, but saw little to no relationship to personal finance, he came back with, “Yeah, well people find your most popular article because they’re looking for weed.  It doesn’t all have to be about money.”

So apparently he understands SEO without even knowing he understands it.  For a minute, a couple years ago, my article on joint banking accounts (I’m against them) was my most popular, but not because everyone cared about my opinion on joint checking accounts.  It was because I used the image of a marijuana joint, which was apparently very visible on internet image searches.  (I guess I haven’t talked to him about my stats in years.)

The last idea he had was actually a pretty good one.  One that I’m going to have him help me write.  Look for it in the near future!