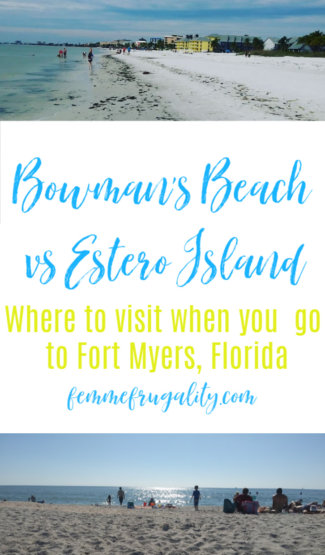 The first place we visited in Florida was Fort Myers Beach. We were there for the Thanksgiving holiday itself. Our hotel had a full kitchenette, which was great. The night before we picked up turkey, rolls and sides from Honey Baked Ham. The meal was amazing, super low effort for a holiday meal, and cost us around $80 total, which is about what we would have spent on groceries to cook that meal ourselves, anyways.

We did a lot while we were in the Fort Myers area. None of it was too crazy expensive. But the cheapest activity was hitting up the actual beach. We did two this time around, and definitely had a favorite when all was said and done. 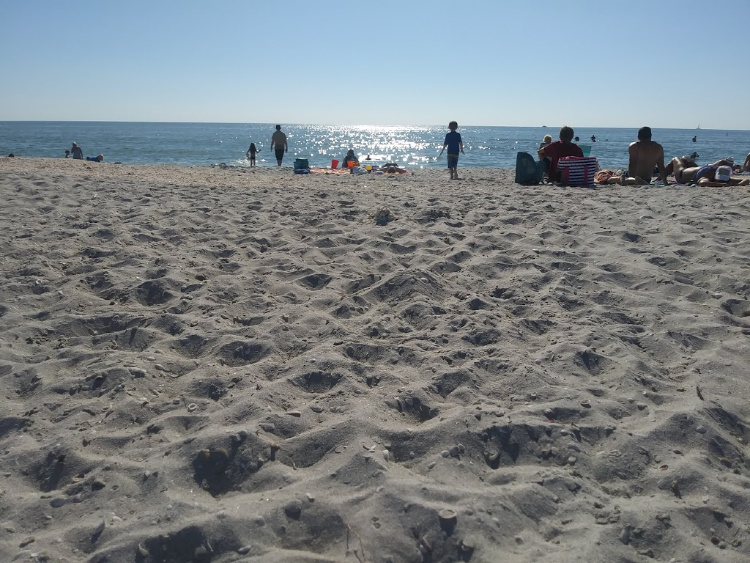 Bowman’s Beach is on Sanibel Island. To get to Sanibel Island, you have to cross this massive, elegant, white bridge which rises over the most beautiful blue waters you’ve ever seen (as long as there’s no Red Tide.)

To get across it, you need to pay $6. They only take cash, which is super convenient in 2019. If you’re like me and almost never carry cash, their security cameras will record your license plate number, using it to locate your address and send you a bill.

All the way at the tail end of the island is Bowman’s Beach. You’ll drive by quaint shops and nature reserves to get there. When you arrive, you’ll be greeted by a massive parking lot. Nab a spot, pay for parking at the machine located in the middle of the lot, and start down the trail towards the beach.

About a quarter of the way down, there are restrooms and changing rooms. They were pretty clean for a public access beach, but you’re still going to want to wear flip flops at the very least. There were also some outdoor changing cubicles, too, and outdoor showers to rinse off after you’re done.

The rest of the hike is over beautiful white sand. It’s not crazy long, but the walk is definitely going to range from cumbersome to inaccessible if you’re there with anyone who has mobility issues.

When we got to the beach it was crowded. That wasn’t entirely unexpected; it’s a popular beach known for its shells. There was a barrier of them about halfway up the beach, and then another band of them for about 5-10 yards after you stepped into the water, after which you got to silky sand under your feet.

Honestly, they ended up hurting my feet more than amazing me. We got there in the afternoon so I’m sure it would have been more of thrill if we had gotten there first thing in the morning before things were picked over.

But I was also unusually grumpy, though I still tried to wear a smile. This may have affected my shell love. You see, there were tons of no-see-ums. They’re tiny little bugs that leave big, itchy bites.

These little guys loved me, and to top it off, I had some type of allergic reaction to the bites. The inflammation turned the cold I was almost over into bronchitis, which led to an Urgent Care visit. They got me the meds I needed and it was a free visit since I had already met my annual max deductible on my health insurance (yay?). But I’m definitely going to have some scars from those bites.

Last year when we went to Sanibel it was for a wedding, and we visited the beach via the family’s private property. It was breathtakingly beautiful, but I did also get bit to hell and back on that trip, too. There wasn’t enough calamine lotion in the world.

So for the bugs alone, I don’t think I’ll prioritize Sanibel as a destination in the future. That doesn’t mean I don’t fawn over its impossibly blue waters and white sand shores. But it does mean that I’m perfectly satisfied with seeing those same waters and beaches over on Estero Island where I don’t think I was bit once. 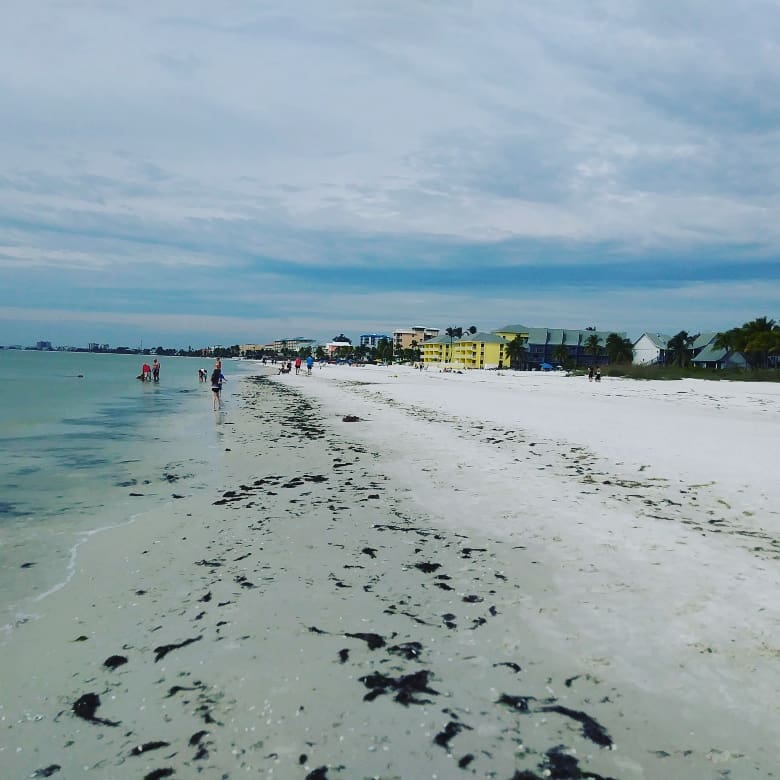 Estero Island is in Fort Myers Beach. It’s a long skinny island with only one bridge back to the mainland. We stayed right about in the middle of the island, across the street from the beach.

All the impossibly blue waters and white sand shores. None of the bugs. Enough people that if you needed help someone would notice and be able to call 911, but not so many people that you could hear the people next to you converse.

Granted, we were there during the week of Thanksgiving. We were also staying far enough down the island that I would imagine the crowds started thinning out before they got to us, staying closer to the bars and restaurants near the bridge.

Wanna hear something funny? We even found this huge cache of shells. It was amazing. I only thought to take a picture once we had cleared most of them out, but we brought them home so I got an after shot: 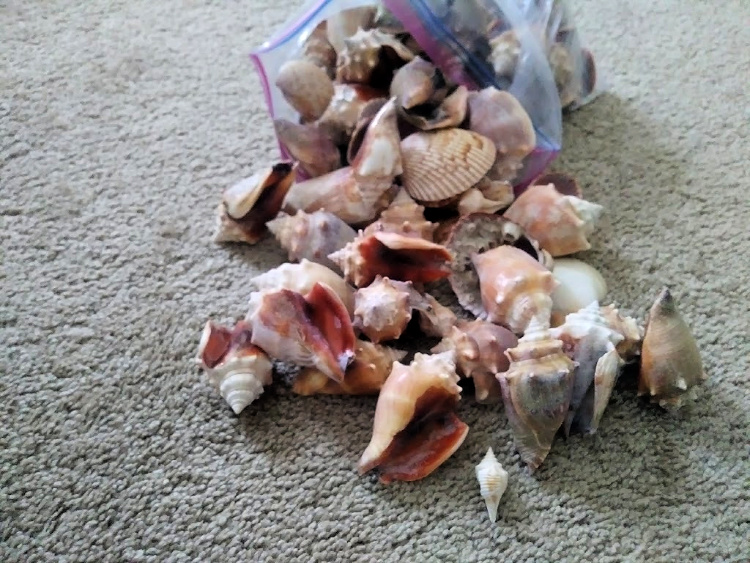 Which is better–Bowman’s Beach or Estero Island?

For me, Estero Island was the clear winner. There’s probably tons of people who would disagree with me. But the cheaper-than-Sanibel hotels, comparative absence of no-see-ums while we were there and the lack of feet-cutting shell beds won it for me.

Also, because we were staying on Estero Island, it was a cheaper beach because we didn’t have to pay for parking.