This post is brought to you and contributed by Casey Musarra. Casey is a reformed sports journalist tackling a new game of financial services writing. Previous bylines include Newsday and Philly.com. Mike Francesa once called her a ‘great girl.’ 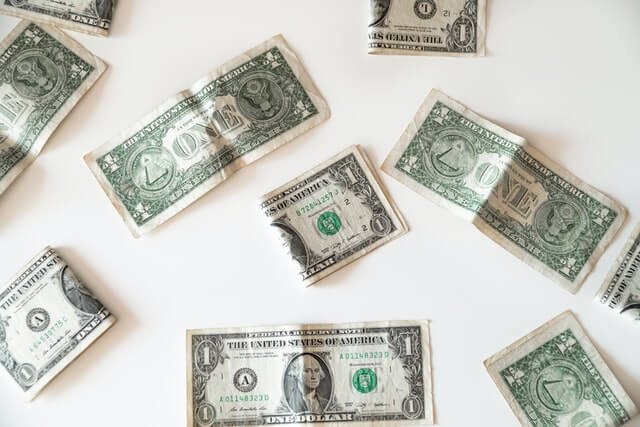 As of the most recent Census data, women still are earning just 82 cents for every dollar men earn.

But it’s not all bad news for women in the workplace. According to the National Center for Education Statistics, females have outnumbered males in college enrollment every year since 1991. In turn, this means women can earn more money than men at a younger age.

While women have long dominated the college-educated, that hasn’t been reflected in the workplace until recently. Remember when women used to go to college to find a husband? (Gag.) Me neither.

While women tend to begin their careers making more than men, the pay gap soon hits—and grows larger as workers age. The pay gap used to be widest among lower-paying jobs but is now largest among higher-paying jobs. Only 336—or just under 12%—of the world’s billionaires in 2019 were women.

Meanwhile, women were 17 times more likely than men in 2019 to work in an industry that doesn’t pay a living wage, according to a report from the Institute for Women’s Policy Research.

Despite typically having lower incomes and possibly dealing with more student loans, women tend to be better at managing debt than men. Overall, women have better credit scores than men, which can put them in a better position to qualify for opportunities to consolidate said debt. A low-interest personal loan for debt consolidation can help streamline your debt into a single payment, making life a little bit easier as you continue trying to shatter glass ceilings.

The gender and racial pay gap

The wage gap doesn’t end at gender—it’s even wider for women of color.

The undervaluation of domestic work

Domestic workers are highly undervalued in the United States, and the COVID-19 pandemic illuminated this even further. Marginalized women make up the large majority of domestic workers.

According to the National Domestic Workers’ Alliance, more than 90% of domestic workers—the majority of whom are women houseworkers—lost their jobs as a result of COVID-19 by the end of March 2020. More than 3/4 of these workers said their earnings were the main source of income in their households. In other words, they’re the breadwinners and often single mothers.

On top of that, women carry out about 2 1/2 times more unpaid household and/or care work than men, according to a UN Women report. And nearly 2 million women left the work force because of COVID-19. This is an issue that 50 prominent women, including Tarana Burke, Julianne Moore, and Amy Schumer, are pushing the Biden Administration to rectify with the Marshall Plan for Moms.

How COVID-19 affected women at work

While many jobs have started to come back—the unemployment rate was down to 6.3% in January—they’ve rebounded more for men than women.

The Bureau of Labor Statistics monthly job report from December—the first month of job loss since May—showed a net loss of 140,000 jobs, all of which were women’s jobs. Women lost 156,000 jobs while men gained 16,000 jobs.

But hey, look on the bright side? The gender wage gap is expected to close by 2070.

Sure, you’ll probably be retired, or maybe even dead. But the gap is projected to close. Eventually.