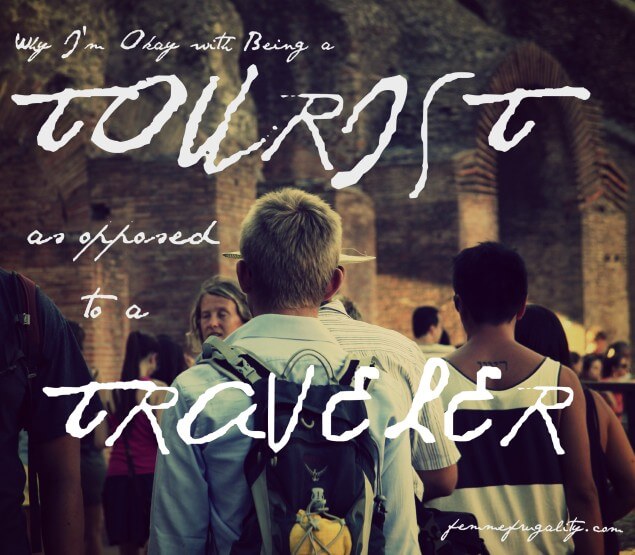 I was so excited for our honeymoon.  A trip to a beautiful beach!  In a beautiful hotel!  With safe water!  And no kids!

I love them more than the world itself, but we seriously needed some “us” time.  To do things like sleep 8 hours straight.  And to go a day without wiping a butt is something I hadn’t done since before we had any children.

Then I talked to the then fiance.  He said I was being crazy and paranoid.  And that he needed me to not be that way.  Because I’m the traveler and he was going to freak out if I did.   So I told him I would get my game together.

And then wrote secret “I love you forever and I’m so sorry we decided to go on this stupid honeymoon” letters to my kids behind his back.  I hid them, told my sibling about them, and told where they were in the event that we did, in fact, die.

We made it back alive and well.  Obviously.

I’ve never been afraid to travel.  I’ve loved it, embraced it, jumped in with both feet.  Every. Single. Time.  Except this time.  Motherhood gives birth to new fears that you never thought could exist before.  (I’m totally fine traveling when my kids are with me, by the way.)

And we had an amazing time.  I’m so glad we went and did and saw everything that we did.

But I’d be kidding you if I said we acted as “travelers.”  We didn’t live as the locals did.  We didn’t aspire to be amateur anthropologists.  We didn’t ask for the name of the best kept secret restaurant in town.  Because we wanted to stay safe.  Maybe that’s paranoid of me.  But I don’t think so.

Despite our best efforts, we did have one scary moment.  We went into town to do some souvenir shopping.  Or tried to.  Our cab driver didn’t speak English, and the husband’s high school Spanish got left back in high school.  We made a turn I wasn’t expecting, and all of a sudden garbage started lining the streets.  Houses started looking like tin shacks.  We looked at each other.

“Do you think we should ask him to just take us back to the hotel?”  my husband, the father of those beautiful children, asked me.

A couple more turns and we had arrived.  “Here,” he said.  “Tulum shopping.”  The neighborhood had only gotten slightly better.  This wasn’t the Tulum shopping we were looking for.  We were the only non-Mexicans around in a huge tourist town.  We looked at each other uneasily, and got out of the cab.

“We shouldn’t have gotten out of the cab.  We’ve got to find another one.”

I really believe that if there hadn’t been such a language barrier, it wouldn’t have been nearly as scary.  It’s not like neither of us has ever seen a rough neighborhood.  But walking by what appeared to be a prostitute and two thugs before contemplating how the hell we were going to ask anyone where to get a taxi in this neighborhood without speaking their language or getting robbed or worse was easily one of the most internally panicked moments of my life.

The husband darted into the street.  I had no idea what he was doing.  And then he was standing in front of a taxi.  We climbed in and got the heck out of there.

We always tip well, but we tipped like mad after that.  We also restrained our bargaining when we finally did find those souvenirs to bring home. We wanted to get at least one family out of those shacks.  And not for the glory of it or the guilt.  But because when you see something like that, you just know it has to be changed.  By whatever means possible.  We were pretending our tips would help, because we knew no other way to fix it.

I’m pretty sure we weren’t being paranoid about this.  When we went on our tour, our van had to stop at an ATM on the way back. My Spanish is awful, but my comprehension is slightly better than my expressive.  The driver and our guide had a quick exchange.  The driver pointed to the entrance to the neighborhood we had been in before while they were talking about where to stop to get money out.  The guide shook his head and he said, “No, not with the tourists.”  And  then we stopped at another one in a much safer part of town.

I’ll still label myself a traveler when I go places where I feel safe talking to people.  But if I’m going to a tropical, though in places dangerous, locale to admire a beautiful beach, I’m 100% okay with not leaving the “resort” and being a tourist.

And making it home alive to those amazing children.  (You didn’t think I would bring it back up to that level again, did you?)

21 thoughts on “Why I’m Okay Being a Tourist as Opposed to a Traveler (Sometimes.)”