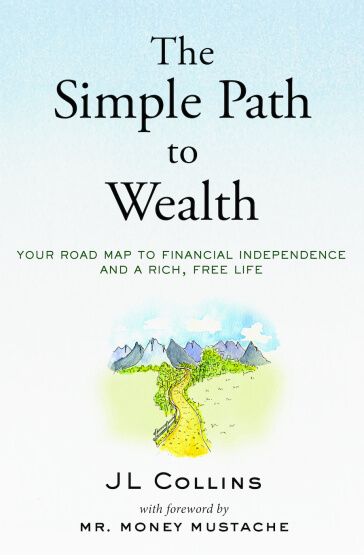 The year was 2008. Since the previous summer, I had been hearing news of the housing bubble burst. Since I wasn’t a homeowner and worked in a specialized field, I didn’t pay much attention.

I was working at a job where I truly made a difference in the world. I was transforming the lives of others on a daily basis. It was one of the most rewarding experiences I’ve ever had.

I held a part-time job on top of it to help pay the bills. Because in 2008, making a difference in the world didn’t typically pay well.

It was at that part-time job that the panic started rolling in. In the break room, there were boisterous conversations about investments slipping. People who were far closer to retirement than I were losing their life’s savings. The company was employee-owned, so those stocks were slipping, too.

After a few weeks of this, I stopped going to the break room. Instead, on my break I went to the ATM in our store and started taking $600 out of my savings account at a time. (That was the daily max.) I knew it was FDIC-insured, but would that hold any meaning if the whole world went to hell?

I stuffed that money under my mattress like it was the 1930s. A habit I no longer practice. Had I stayed in school traditionally, I would have graduated with my peers around this same time, and struggled to find a job that would realistically allow me to pay off all of the student debt I had incurred.

This experience led me to believe that the stock market was a stupid option. Your life savings could be wiped out right when you needed it the most.

But I was at a loss as to how to build wealth on a modest income. A savings account would lose value thanks to inflation no matter how much I saved. CDs were nowhere near what they used to be before the Recession, and the odds on winning the lottery were dismal at best.

Also, as someone who has lived a significant portion of their life in Pittsburgh, I had little faith in my modest pension.

Then someone commented on my blog.

There was this new commenter on my blog in the early days. I hadn’t quite been at this a year when the mysterious jlcollinsnh showed up. He always had insightful things to say, and seemed to appreciate frugality in much the same way I did.

I clicked through to visit his site. “Oh, no,” I thought. “Another investing blog.”

I figured I owed it to him to at least check it out. So I read.

And I was amazed.

He addressed every last one of my concerns, and took the mystery out of investing in the stock market. He made it understandable, evaluated the risks and explained how to mitigate them. I didn’t often have super valuable comments of my own to add to the conversation, but I read and read and learned and learned. It was the beginning of my pivotal mind shift on how to build wealth.

The commenter writes a book.

Last year, JL Collins asked if I’d be willing to be a reader for his book. He was kind enough to label me “smart,” but smart enough himself to know that I knew little enough about investing to represent the mass populace.

The book was amazing. It took all the things I had learned on his blog, and added some value-packed info to boot. It made the entire prospect of investing to build true wealth and financial independence simple. In fact, that’s the title: The Simple Path to Wealth.

The Simple Path to Wealth drops. Here’s how it addressed my concerns.

This past weekend, the book became available to the public. You can, and I’d recommend should, pick it up on Bookshop.org

There’s a lot to learn from this simple method, but here are the ways JL Collins’ work has clarified my personal perspective and approach to investing.

The stock market’s not safe.

While inherently true, the stock market also historically moves up. The ride comes with its ups and downs, but even after a “down” period, you’re still likely to have more money than you invested 20 years ago.

It can be. But it doesn’t have to be. Collins reviews an easy strategy to diversify by investing in just one fund: VTSAX. It’s Vanguard’s index fund. What that means is that it is invested in the market as a whole, so you investment will near match the standard index of the entire market. Since trying to beat the market is a dangerous and commonly unsuccessful endeavor, you’re likely to come out far further ahead than taking on a complicated investment strategy.

The diversification comes from the fact that when you’re investing in the whole market, you’re inherently investing across sectors.

Not everyone can get VTSAX conveniently. Collins knows this and makes recommendations for those who:

I don’t want my whole life to be about money.

I know this sounds weird coming from a personal finance blogger, but I do truly feel there’s more to life than money. That financial wealth should be secondary. I think wise money management can make doing the things that truly matter in life way easier, and that financial knowledge can help the masses lead a less stressed out life. Hence I write. I want to provide a means to make other people’s lives easier since I was once in a place where money was a major hindrance to everything else I wanted to do with my time here on Earth.

JL Collins’ daughter was/is much like me. She knew this all was important, but didn’t want to spend her life thinking about it. That’s why he started his blog and, ultimately, wrote this book. He wanted to give her simple advice to follow that would make all those financial decisions less taxing while still providing her with a path to achieve financial wealth.

He did a great job. I’m sure his daughter appreciates his work, and I appreciate the fact that she prompted it. Because there’s so many people out there with the same perspective: they want to be wise with their money, but they want the entire thing to be easy enough that they don’t have to spend their lives constantly dwelling on it.

If you’re anything like I was after the Recession, anything like Collins’ daughter, or simply someone who is already thick into investing but sick of the complexities and time it takes, read this book

. It can truly be life-changing.