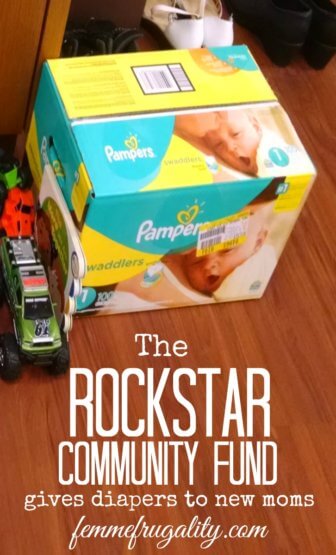 When I was a new mom, I was broker than broke. There was very little money coming into our household, and that makes it hard to get by, even if you’re managing the cash you do have real well.

After ushering that little human being out of my womb, I learned some humility and got on some assistance programs. One of those programs was WIC, and it literally allowed us to sustain our children during those first few years.

While I was breastfeeding, they provided me with the nutrition I needed to produce healthy milk.

When I found out I was expecting again, my milk dried up and they provided the formula needed to get my kiddo to the next step.

As my kids got a little older, we didn’t have to stress about affording healthy foods, baby or otherwise, because this program exists.

Our WIC Office and the FREE Table

The closest WIC office to us is about a neighborhood and a half over. It’s not a great area. At one point there was some type of violence that happened there–they were very hush hush about it, but they did install an intercom system so they could start buzzing people in and keep everyone safe.

Most of the people I knew in my neighborhood would drive far away to go to an office in a more desirable locale, but this place was close and convenient, so we stuck with it.

The waiting room was shared with an OBGYN’s practice. Pre-ACA, this was one of those places that the pregnancy version of Medicaid automatically assigned women to. I was assigned there, but I called and switched to my own doctor. Before the days of expanded Medicaid, a lot of these women didn’t have an opportunity to regularly see an OBGYN, so they might not have had their own doctors.

That meant that a lot of the pregnant ladies and mothers of young children that frequented the waiting room didn’t have a lot. As a result, a community “FREE” table was born. We’d all bring in clothes our little ones  had grown out of. Occasionally there would be books or toys thrown into the mix. Anyone could take anything that they wanted or needed.

Since we’ve moved off of the program, I still take our “donations” there over Goodwill or something of the like. I might not get to write them off come tax time, but I know they’re going directly to people in my own community who really need them.

I was particularly proud of my kids this year. We always do an annual toy clear out before Christmas, but it’s usually after the children are in bed. Because melt-downs are no fun.

This year they were old enough to grasp the concept of charity and giving, and picked out some of their favorite toys to give to kids who might not have as much as they do.

As I was gathering up our latest haul to take over to the WIC office, J. Money let me know that the Rockstar Community Fund was kicking off. They were giving out fifty $20 VISA gift cards for people to do good in their local communities. 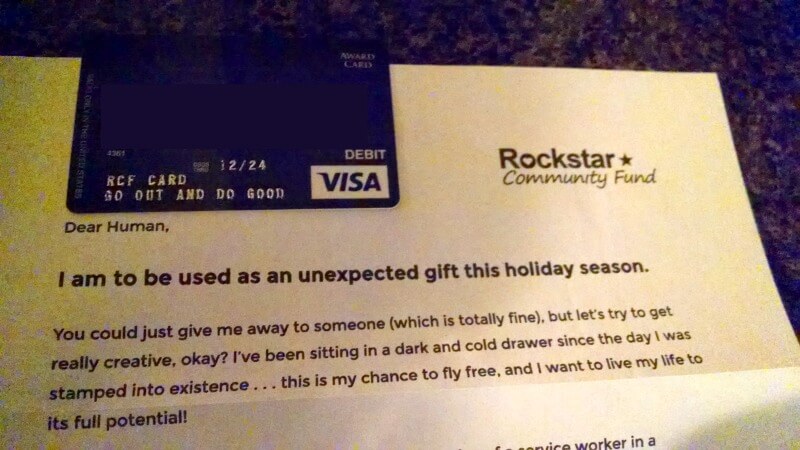 The card–and the letter it wrote to me. 🙂

I immediately thought of what I needed back in the days when I visited the WIC office myself. Food was pretty much covered through assistance programs. Clothes and toys could be found at FREE tables.

But my biggest expense was always diapers. There was virtually no where to get help paying for them (as far as I am/was aware,) and they are freaking expensive.

When my card came in the mail, I looked for sales, picked up a box at the store and took it in with the most recent batch of toys and clothes. The office was virtually empty when I visited, but I know when some new mom realized that it was a box of diapers and not just a bunch of clothes in a diaper box, they were going to be as excited as all get out. 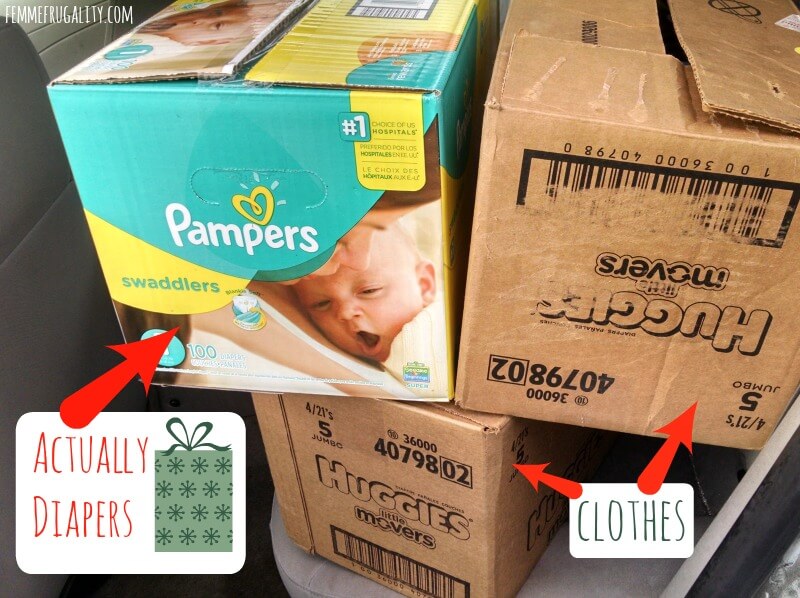 Getting Involved in the Rockstar Community

Giving diapers to new moms isn’t the only good the Rockstar Community Fund did this December. Mine was just one card out of fifty. Poke around the personal finance community to find more examples of positivity the project has perpetrated.