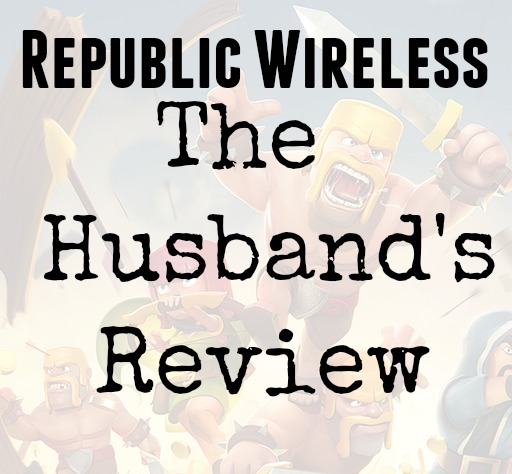 I made the full-time switch to Republic Wireless last Spring, but the husband held on to his contract provider for a while longer.  He wanted to see how it went for me.

The coverage for him is just as good as his old phone, and he gets more because he can actually make calls on WiFi.  He’s also loving our low monthly bill; $50/month for two people with a plan that actually gives us more than our old carrier did at more than triple the price.

He makes a lot of calls from 3G for work.  He noticed that the first time he dials a number, the phone tries to make the call and then hangs up.  This is only with new numbers, and only happens once.  I hadn’t noticed this as I make most of my calls on WiFi, but I tested out his claim and found out he was right:  it wasn’t just his phone.  Mine does the same thing.

But in the grand scheme of things, it’s a minor annoyance.  You just dial again and everything works as it should.  And it only happens once per number.  For $25/month he’ll take it.

His other complaint?  He had to relearn how to navigate Clash of Clans.

It took him two minutes.  If that’s his most serious complaint, I think we’re good.

Occasionally I’ll catch the husband bragging about things I write about on Femme Frugality.  (Or as he calls it, Femmy Frugality.)  Since he’s made the switch, I’ve heard him bragging about Republic Wireless more than occasionally.  Despite the Clash of Clans mishap, he’s happy, and he’s recommending it to friends.

On his behalf, let me recommend them to you, too.  You can check out the phones and plans with Republic Wireless here

.  If you make or have made the switch, be sure to come back and share your own experiences!