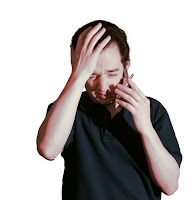 When my fiance and I got together, he put me on his cell phone plan.  I got a dumb phone.  Because I didn’t need the data.  I needed my cell phone to make calls and text message.  If it could take the occasional crappy cell phone picture, that was great.

Everything was fine until I started noticing our bills getting bigger and bigger.  I looked at what we were getting charged for, and the major culprit wasn’t extra messages or minutes.  It was data.

Data.  On  my dumb phone.  I called every month to get the charges removed.  I was always met with a fight.  I had to explain that I didn’t use the internet on my phone.  Ever.  Every time I called.  I was not a happy camper.

We get smart phones.
So when our 2-year contract was up, we switched to another company.  And we got smart phones.  Part of our decision was based on the fact that it’s really hard to find a dumb phone anymore.  The other part was that we would be paying the same amount every month to have data as we were getting charged to not have data and pay mystery overage charges with our other carrier:  $150/month.

I wasn’t really happy with the number, but I fell in love with being able to check my email on my cell  phone.  Other things I fell in love with:  Twitter, Pinterest and Good Reads at my fingertips.  Our customer service was exceptional with the new carrier, but I still found myself finding ways to shave dollars off our bill.

I monitored our data every month, adjusting it according to how much we used.  Really it was more like how much he used.  I refused to use my phone unless I had a wireless connection, which meant I wasn’t contributing to our data allotment.  So our bill would be ten dollars more or less each month, depending on how much I thought we’d need.

It was a bit cumbersome.  And not worth the extra $10 a month.  I have kids.  I was going to school full-time.  I write.  I’m going back to the workplace soon.  On the rare occasion I have a free night, I like to hang out with friends.  I have a life.  And ten dollars was not worth the time I spent pondering our monthly bill.

Republic Wireless contacts me.
About a month ago, I was contacted by Republic Wireless.  They offer an unlimited everything plan for either $19 or $29 a month.  Everything.  That includes minutes, texts, and that previously troublesome data.  It’s a no contract plan.  Color me skeptical.  I had looked into no contract plans before and found their coverage to be spotty at best.  A cheap plan wasn’t going to do me any good if I couldn’t get it to work in my living room or the school parking lot.

They sent me a phone and gave me some free service so I could check it out for myself.  And I love it.  It’s everything a cell phone should be.  I have all my fancy smart phone stuff that I’ve become so addicted to.  I have coverage.  Literally everywhere I’ve tried it.  If you are able to get an internet connection, the phone runs on that for data, calls, everything.  Then if there’s not a wireless connection available, it defers to Sprint network coverage.  So as long as you’re in an area where Sprint works well, you’re not going to get any more dropped calls than usual.  I even had a phone conversation where I was moving and I lost my wireless connection; it switched to the cell network like nothing had even happened mid conversation.

Did I mention it’s only $19 or $29 a month?  Seriously.  If we both had the phone that’s over $100 savings PER MONTH from even my old dumb phone plan.  That’s at least $1,200/year.  Why have I been paying so much for so long?  What else could I have been spending that money on or saving it for?

My fiance brought up the fact that you have to buy the cell phone first.  Which is true.  You have to pay $199 up front for the $19/month plan or $79 up front for the $29/month plan. But we figured out the math, and after the second month’s service, we would have already made up the costs by switching from the major network, which may have given us free phones, but is charging $150 over and over again each month for service.

PLUS I’m super excited that it can make international calls without having to add a fancy charge.  If you’ve got a Wi-Fi signal, it doesn’t matter where in the world you are, the call can be made.  Without any extra fees.  You can’t make a traditional call using a cell phone tower if you’re going international, but most places that have a cell signal have Wi-Fi nowadays anyways.  We’re going on a honeymoon somewhere outside of the US sometime next year and that will be a really nice feature to have.

Oh, and Canada doesn’t count as outside of the US for these purposes; if you’re in Canada it works on wireless AND cell service, too.

I’m in the process now of seeing if we could cancel my line with the carrier we have without incurring any cancellation fees.  We’ll have to keep at least one line with them until our contract expires for sure.  But I think we could get that bill down at least $50-$60/month if my line went to Republic.

If you want to try it out, they’ve given me you can view all the plans here

. They’ve updated since the writing of this post, and you can now get your service for only $5/month. It’s crazy.