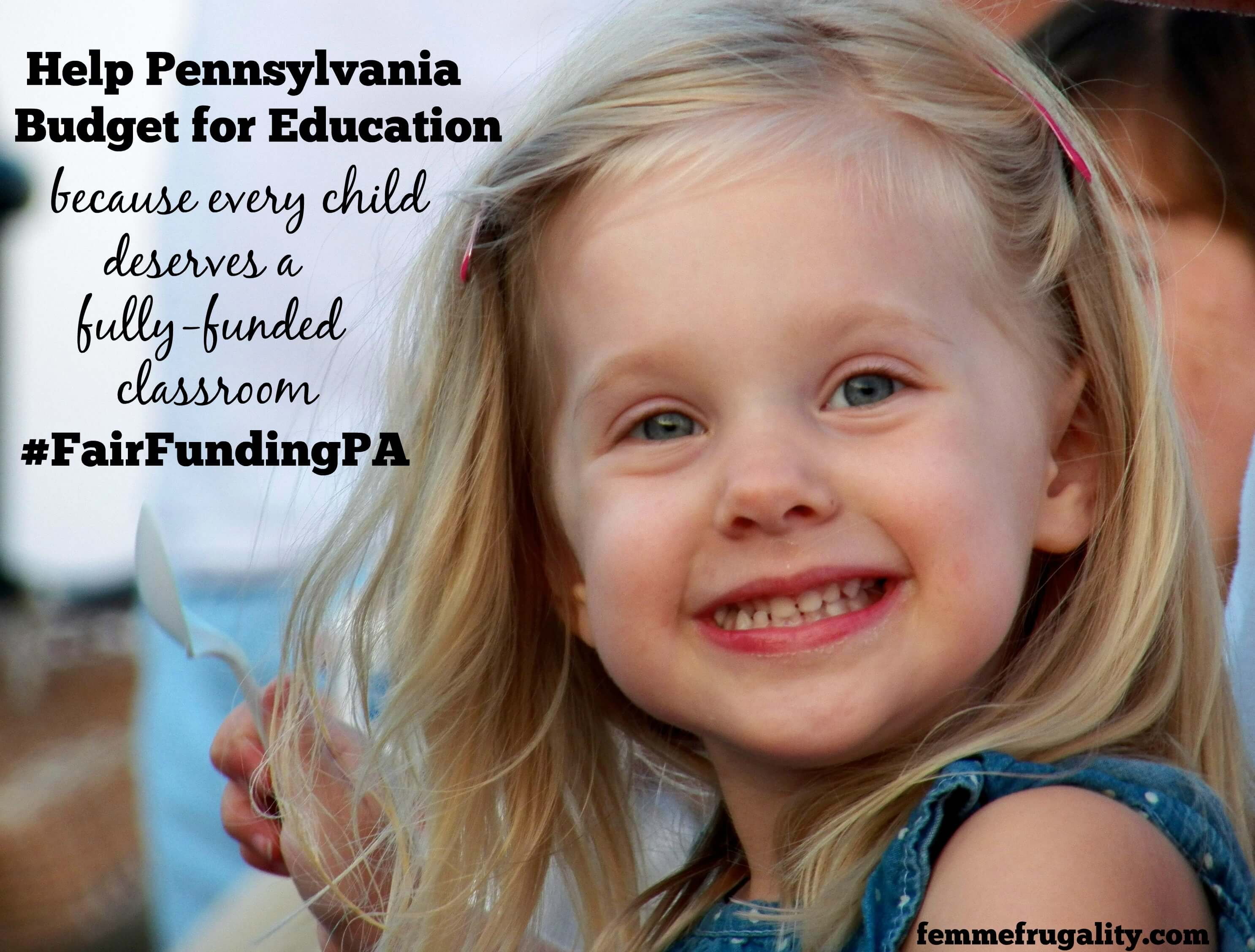 Normally we talk about good money management around here. Today, we’ll be doing the exact opposite.  We’ll be talking about poor money management, how the state of Pennsylvania’s monetary formulas affect our children on a daily basis, and why you should get involved in the Campaign for Fair Education Funding.

In Pennsylvania, our schools are largely funded by local taxes. That means that if you live in a wealthy area, your school district is going to have a ton of money to do great things, like provide students with new textbooks, iPads, science labs and highly trained teachers.  If you live in a poor area, the exact opposite occurs. Your children won’t get an equal education, because there just isn’t the money to provide the teaching tools or extracurricular activities that they need to succeed.

Why is this the case? Well for one, our state has the largest gap for spending per student between wealthy districts and poor: 33 percent. Oh, well.  This is what happens when you have a decentralized education system, right?

Wrong! The entire nation operates on a system that puts value on decentralization, yet Pennsylvania is one of only three states that does not have a Basic Education Funding formula.  (The other two are Delaware and North Carolina.) That means that our state has money and doles it out, but who they will give it to and why is anyone’s guess from year to year. This problem was compounded in 2011 when the state’s education budget was unapologetically slashed.  While a limited amount of that funding has since been restored, there is still a massive gap between what it is and what it was prior to 2011.

This lack of a formula is a problem for so many reasons. The first is that the schools who desperately need the money because they don’t have the taxable wealth of wealthier districts don’t get the cash injection they need to educate their students properly. When students aren’t educated properly, we perpetuate a cycle of poverty. This isn’t okay. Every child, regardless of how much money their parents make, deserves a chance at success.

Another problem with the lack of a funding formula is that it disallows districts from making an accurate fiscal budget for the upcoming year. You can take a stab at how much you think will be coming in, but you really don’t have enough of an idea to create a  usable plan for your students’ education. Have you ever tried budgeting without hard numbers? It doesn’t usually turn out well. 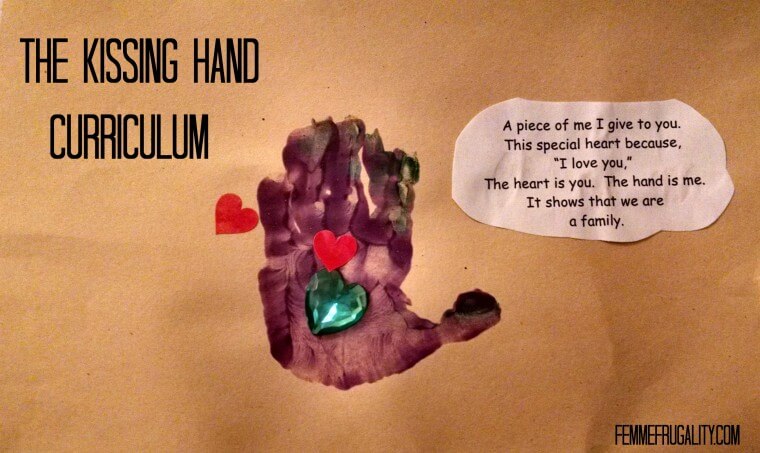 Ways my kid’s fantastic teacher addressed age-appropriate curriculum needs through this project: literacy, art, fine motor, promotion of positive family relationships, promotion of feelings of belonging, conceptual understanding in meaningful contexts. This is what happens when you have the funds for great programs.

My kid goes to a public school that appears to have proper funding. It’s not a rich district. But we’re lucky that the specific program they’re in receives a lot of federal funding, so they’re able to attract superb teachers who are ridiculously good at their jobs. But I’d be lying if I said I didn’t feel a pull  to move to an affluent suburb in a better performing school district. I have more than one child that will be in more than one program, and I don’t feel that all of my children will receive an education in the city that would equate to the same standards as one in the suburbs.

While the district appears fully funded, they battle with issues that require more resources, like poverty and a larger population of English Language Learners. That doesn’t mean that I don’t want my kids exposed to the poor. We’ve been there ourselves. That doesn’t mean I don’t want them exposed to those from different cultural and linguistic backgrounds. Just the opposite, really.  But if the school is incapable of providing an adequate education because of these problems, I think any parent would move their kid to get a higher quality education if they had the means to do so. (Or, as many parents in the city do, send them to private school.)

A lot of parents don’t have the means to do this.  A lot of children suffer, because they can’t get the education they deserve when they’re not in fully-funded programs.

The Campaign for Fair Education Funding is attempting to change all of this.  They’re attempting to do it with a formula.  As anyone who’s ever written a budget before knows, having hard numbers helps you create an accurate prediction for how much you will need and allows you to allocate your resources responsibly. With this in mind, the new formula will take into account variables that affect how much a district has to spend. If you have more English Language Learners, you get more money because these students cost more to educate. The same goes for children living in poverty. And children that are homeless or in foster care.

The equation would also take into account the amount of resources the district has from local taxes and charter enrollment. A wealthy district may be capable of being less reliant on funding compared to a district that doesn’t have the same tax base.

This formula would give every child a chance to succeed. It would help our urban districts, as well as our numerous rural ones. It would allow every district to give their students the proximity to opportunity that so often determines  our (financial) success in life.

The campaign is non-partisan; its members include 50+ education advocacy organizations from every part of our state including teachers and school administrators, charter and traditional public school reps, urban and rural interest groups, business and organized labor, faith-based groups, and community groups.  Add to that the voices of individual parents and concerned Pennsylvanians, and we’ve got a real chance at changing things in a big way.

If that sounds like something you can get behind, I’d encourage you to get involved.  The great thing about democracy is that we can dictate how our society functions, but that only works if we exercise that right.  Two major ways to help solve the Fair Education Funding dilemma are to sign up to get updates about the campaign, and/or to attend a rally in Harrisburg on Tuesday June  23rd to support the cause.  (More info on the bottom of this page.  Pittsburghers can catch a free ride to the event!)

A third major way to get involved is to join me for a Twitter Party on Monday, June 15 from 1-2pm.  We’ll be discussing the proposed funding formula, ways to get involved and our love for our Pennsylvanian children who we want to give every opportunity to succeed.  To join me, follow and contribute using #FairFundingPA.

* I’m teaming up with the Campaign for Fair Education Funding to speak out for students across Pennsylvania. Although I am receiving some form of compensation, all opinions remain my own. #FairFundingPA *