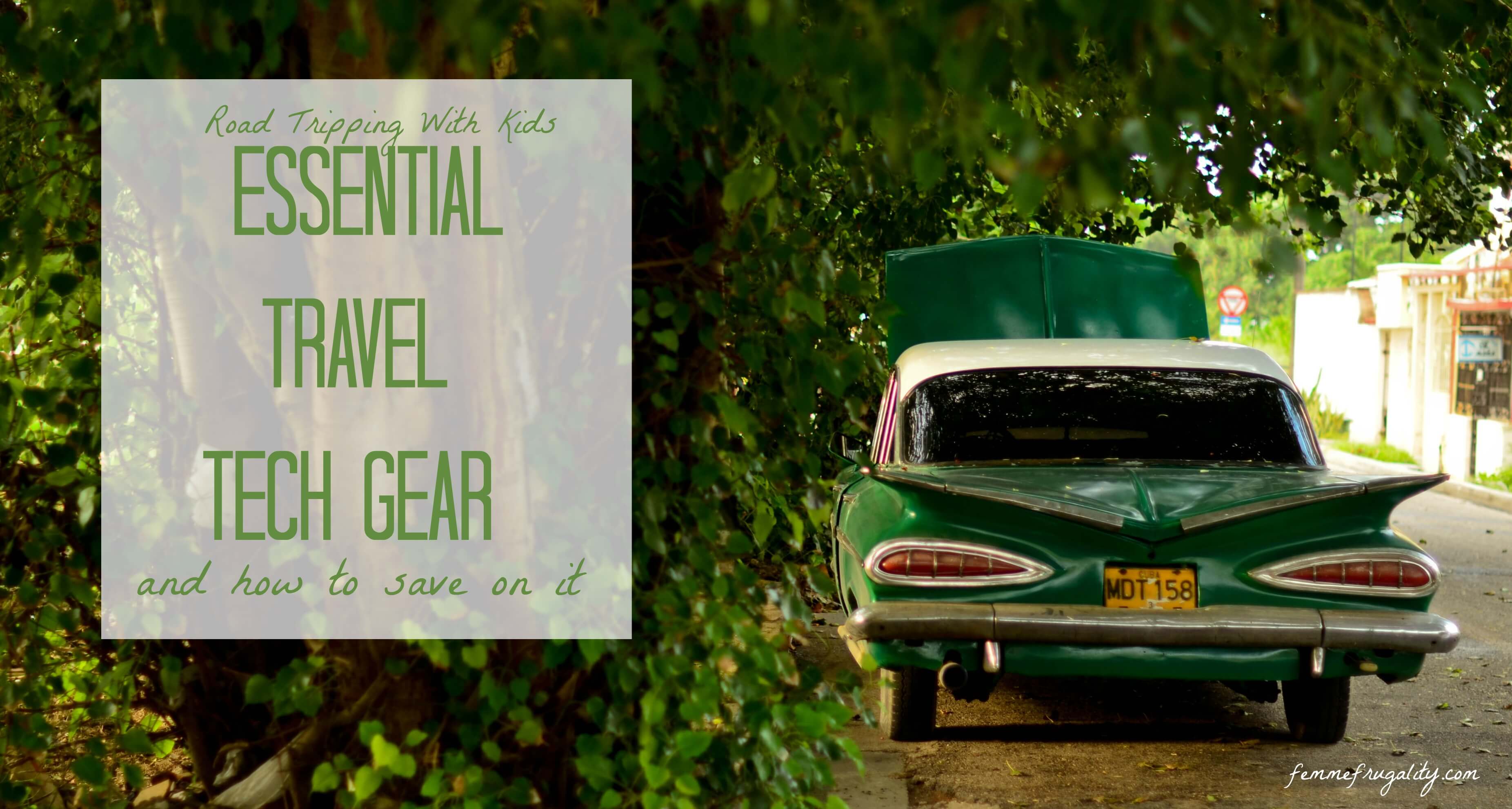 Road trip season is so close I can smell it.  I know of at least one that we’ll be taking.  It’s pretty major, and I’m pretty excited.  But I’ll get into that in another post.  Hopefully there will be some spur of the moment trips, too.  And we’ll probably make it to Upstate NY at least a couple times.

Things have changed for us since the days we were childless, though.  While we used to just be able to pack up a few essentials and hit the road, now we have to do things like plan, wash, and prepare.  A major thing that’s helping make this process a whole lot easier is technology.  We have three essentials in our travel tech gear arsenal that usually make for exciting trips, but not-so-exciting car rides.  (Which is a good thing when you have toddlers, believe it or not.)

A little while ago, we had to get a new-to-us car.  It’s not the latest model year, but it is less ancient than the vehicle that was its predecessor.  I discovered an audio jack in this car.  I found out I could hook my phone up to it.

I entered the twenty-first century.

Soon thereafter I figured out I could create free playlists on YouTube.  And then hook my phone up to my car.  And listen to whatever music I wanted to for free.  While the husband is still hanging on to some CDs, most of them are scratched up anyways.  And I don’t have time to burn mixes.

So you know we’ve got some cruising music for when the kiddos are passed out.  And a separate Yo Gabba Gabba playlist for when the exact opposite happens.

We were able to get the wire for $6.  Best investment ever, and so far I’ve only used it for my commute.  Road trip, here we come.

Seriously.  Games.  Books.  Everything I had for entertainment when I was a kid in one device.  Less bags need to be packed.  Less, “Are we there yets?”  Less cleaning up the car after we’ve actually arrived.

But iPads are ridiculously expensive.  To save money on them, the best deals I’ve been able to find are on used ones via sites like Craigslist.  (For my Australian readers, you can do the same thing by getting an iPad from Gumtree.  You can also get other travel tech gear there such as cameras and unlocked phones.)  There are a couple of things to take into consideration before buying one used, though.  Things like:

That’s what my husband loving calls my GPS device.  We’ve used it to go geocaching all around the country.  I purchased it before you could get the fancy app on your cell phone, but essentially what it does is allow you to plug in coordinates and go on a treasure hunt.  You find a “cache” in the middle of nature (though there are urban caches) and then trade treasures (think McDonald’s toy quality) inside.  You can read more about the sport here.

If you don’t already have a GPS device, downloading the app is both cheaper and more user friendly.  It runs you $10, and brings up nearby caches no matter where you are, updating as you travel.  It’s great for stretching your legs along the journey, or discovering new, off-the-beaten path locations once you’re at your destination.

What are your travel tech gear musts?  Are you heading anywhere soon?