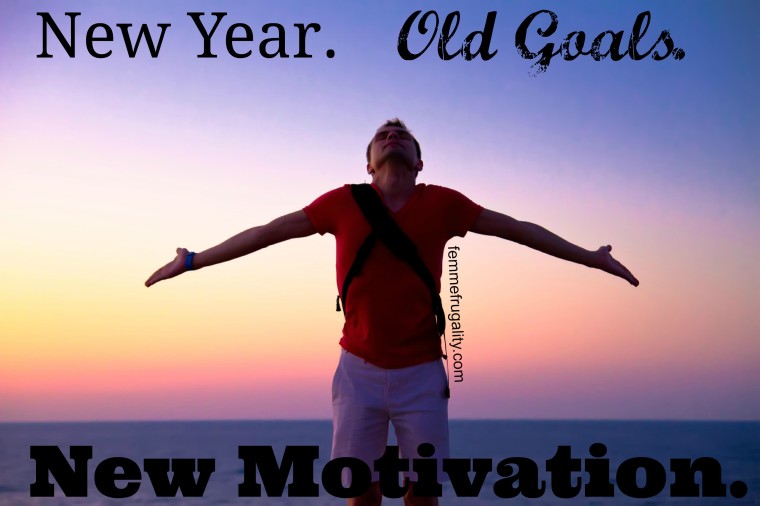 Happy New Year’s Eve, everyone!  I have an old goal to share with you, but one that my husband and I have been looking at with new energy in the past months.  We prefer to set goals as inspiration and motivation strike rather than waiting for an arbitrary date on a calendar.  But this arbitrary date seems like a good time to share it with everyone, so here we go.

For some time now, we’ve dreamed of owning a home.  It’s always seemed incredibly far out of reach.  I mean, the rent’s too damn high.  Our income is a little on the low side.  We have had other things we’ve needed to save for.

But we have a renewed energy.  We’re saving.  We’ve decided it is attainable.  We’ve decided it’s a must and can’t be prioritized off of our list any longer.  And most importantly, our income’s started to move in the right direction.  We’re not balling or anything, but saving is getting a lot easier now that we’re able to meet most of our family’s day-to-day needs.  (Plus I hear banks like when you can actually afford to pay the mortgage they’re extending you.)

We probably could get an FHA loan in the coming months.  Three point five percent down in a market like Pittsburgh’s wouldn’t be too much of a stretch.  But there’s a few reasons we’re deciding to wait a bit longer, despite my itch for our kids to have a yard to play in now:

That’s not the end.  All that means is that things can’t stay exactly the same.  Something’s got to change.  It’s likely not his income.  If anything, he will need to cut hours as his coursework gets more intense.  (That’s always been a part of the plan in my eyes, though we’ll see if he feels the need for it when the time arises.)  It may or may not be my income from my day job.  Although I am constantly working to make myself more valuable, there’s no way I can predict any increase or decrease in income at this point.  (Which I’m okay with.  I’m very happy with my career and where I am at this stage of it.)

That leaves one more income source in our household.  That is this blog.  It’s been doing well lately, but to come up with the money needed in our time frame I really have to kick things into overdrive.  That doesn’t mean much will be changing around here from what you see as a reader.  What it does mean is that I have to get a lot of behind the scenes work done.

In order to reach our house goal, I’ve set a goal to double my traffic in the next six months.  That’s no small feat considering the traffic I do have has been earned after 3.5 years of work.  But I’m going big to go home.  If you don’t run a website, the next bullet list might not interest you.  Feel free to scroll past it. 🙂  If you do, however, here’s my plan for building things up behind the scenes for the next six months.  I’d love your feedback on it all:

So there’s my “New Year’s” goals.  Thank you for reading in 2014!  Any success I have in my little corner of the internet is nothing without all of you who open emails, send tweets, pin pins, or simply check in everyday.  Without you, I would have quit a long time ago.  Without you, I’d never have the confidence to set such high goals for the new year.  But with you, I know it’s possible.  And for that I thank you from the bottom of my heart.

If there’s anything specific you want to see on Femme Frugality in 2015, let me know in the comments or shoot me an email (you can find it under the “About & Contact” tab.)

Stay safe for New Year’s, and I truly hope it’s a happy one for you!