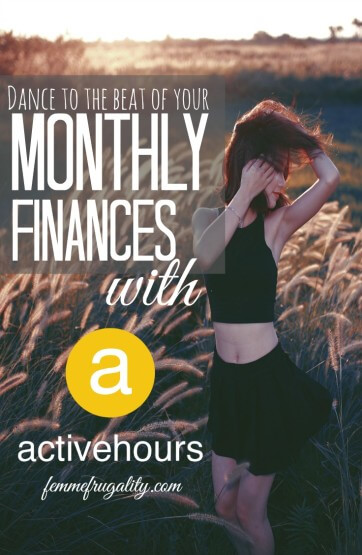 Money management is like a dance. Your cash flow is the band, but your bills don’t always step in time with the music.

It’s not an easy dance.

You work, and work, and work. Then you wait for the money to hit your account, like you’re waiting for a beat to drop. You budget your life and expenses around that money. You look at the bills you have to pay, calculate how much you’ll be bringing in, and hopefully arrive at a number that’s above $0. (If it’s not, you need to make more money or rein in your spending.)

Here’s the thing, though: Bills aren’t always due on the day you get paid. Like misplaced staccatos, your rent likely comes due on the 1st, your car payment may be deducted from your bank account on the 15th, and in between you have insurance and subscriptions (that you bought so you could survive canceling cable) coming out on odd dates in between.

You should know all of these dates, and account for them in your budget. But if you’re like most people and get paid every two weeks, you’re not likely getting paid on the same days every month. There’s two glorious months a year where you get three paychecks, but most months you’re dancing around due dates and paydays, trying to get them to work in concert.

It’s likely you’ve slipped a couple of times. You’ve missed a step, and had to let a bill go, resigning yourself to paying a $10 late fee. Or overdrawing your bank account, making that Netflix subscription $38 this month instead of only $8. Or hating that you’ll actually have to pay interest on your credit card balance this month because your money doesn’t come in until four days after the due date.

That kind of sucks. It’s not like you’re irresponsible; you’ve earned the money you need to pay your bills. You just don’t have access to it yet. I’d be lying if I said it had never happened to me. I’ve definitely paid a few choice late fees back when I jammed out to every-other-week paychecks.

There’s a money management app for that.

This whole dance is ridiculous. In the age of technology we live in, there’s no reason we shouldn’t be able to access the money we’ve earned without having to wait two weeks.

If you’re an hourly worker, which I was for many, many years of my adult life, there’s good news on the tech front. A new app has been developed by people who recognized this problem, and saw every reason to provide a solution. That money management app is Activehours. And it doesn’t charge fees or interest.

Activehours gives you access to the money you’ve earned when you want it. When you work, you log your hours. Then, if you know that streaming subscription is going to come out on Thursday, but you don’t get paid until Friday, you can use the app to withdraw $8 so the automatic deduction will be covered, saving you $30 or whatever your bank charges for overdraft fees. You don’t pay any interest when you use the app; the $8 will be debited when you get your paycheck— without any additional fees. Activehours is community supported, so you just give them a voluntary tip to support the app.

This money management app gives you power over your finances, enabling you to live responsibly despite only officially getting paid every two weeks. Because they believe in empowering you as a worker and a consumer, you get to pay what you think the app is worth, whether that’s $0 or a gazillion dollars.

You’ve got those moves…

Empowering yourself with your money doesn’t just keep you from tripping up; it helps you feel comfortable and secure in life so you can worry about other things, or take your money management skills to the next level. Get the tools you need to get your monthly money management under control, and then dance like nobody’s watching.