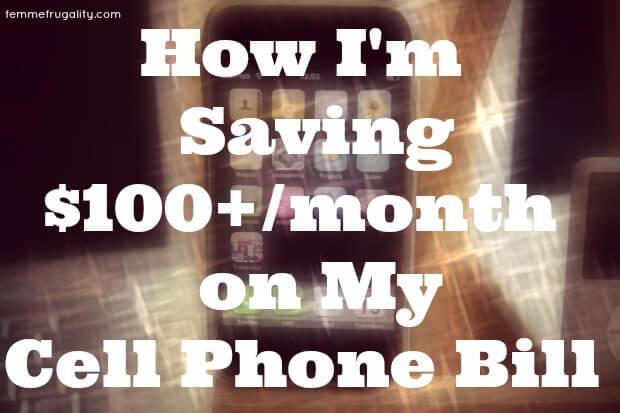 a test run a while back.  They’re a cell phone company that allows you to make calls and do everything else a smartphone does via wireless, and when wireless is not available, you revert to the Sprint network.  And they charge you very, very low monthly bills.  That include everything you need.

I loved them.  I was locked into a contract with a major carrier, though.  So I waited to make the switch.  And I’m not really sure why I did.  I look at the cancellation fee vs. what I could have been saving every month and it’s AMAZING how much money I lost.

I would link back to the post where I talked about my original experience, but it’s been a while and some of the information is outdated, so I’m just going to lay it all out again here.  First of all, I was initially worried about coverage.  I need my phone for my kids, for my work, for my everything.  (It’s sad, but true.)  You get some of these smaller carriers with smaller monthly charges and your service can end up suffering because of it.  That did not happen for me.  In fact, I’ve had Sprint in the past.  While they have pretty great coverage in Pittsburgh, I get MORE reception with Republic Wireless because of the ability to use WiFi.

So how much does it cost, exactly?  Here’s a breakdown.  Try not to have a heart attack if you’re like me and were spending well over $100/month before making the switch:

$5/month-You can talk, text, and use data all you want, but only on WiFi.  No Sprint network to back you up.

$25/month (This is the plan I have)-Unlimited talk, text and data via WiFi and cell service with 3G for the data.

Best part:  contract-free!  And you can switch plans up to 2 times each month.

I have yet to encounter a dead zone.  That being said, if you know Sprint’s service is crappy in your area this may not be a good alternative carrier for you.  Ask a friend who has Sprint before you sign up.

I’m also in love with the actual phone. 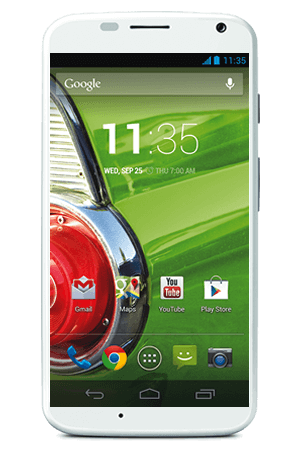 Republic recently updated their phone options.  Now you can get either a MotoX or MotoG.  I went with the Moto X.  And it’s easily the fanciest phone I’ve ever had.  The voicemail interface is innovative and so much easier to use than a traditional system.  I flip my phone around twice and have my camera open without having to unlock it.  The camera’s pretty great, especially with the KitKat update.

Also, I can talk to my phone.  I say “OK Google Now…” and then tell my phone who to call or what to search for AND IT DOES IT.  It’s crazy to me.  (I know I’m behind the curve compared to people who have a previous relationship with Siri.  That does not whither my enthusiasm.) This has been especially great for me when I’m driving and need to make a phone call.  It’s now 100% hands-free and I feel so much safer doing it.

I’m pretty sure there’s a million other features I have yet to discover.

My husband brought up that you do have to pay for the phone up front.  The Moto X is $299, and the Moto G is $149.  We’re thinking he’s going to try out the Moto G when he makes the switch in a couple of months because from what we can tell, there’s not a huge difference unless you need to talk to your phone or care a lot about little extra features.  And while I enjoy them on my Moto X, it may not be worth $150 for him.

But here’s the thing:  when you’re paying so little for the plan, you make up for the cost of the phone itself in about 3 months.  Maybe a month less, maybe a month more, depending on how much you’re paying for service now.  And that’s for the more expensive Moto X.

And here’s the other thing:  the way major service providers have revamped their service arrangements to accommodate new upgrade plans, you’re paying for your phone anyways. Just over a longer period of time.  The days of contract re-up discounts are virtually gone.  Want to hear the real kicker?  You’re not just paying for your phone once, but twice.  And you’re probably not even aware of it.  I wrote an in-depth article on the subject, and anyone who has a cell phone period should read it, even if you’re not planning on switching carriers.

.  For me, it’s been a really smart decision for my budget.

While we’re talking about cell phones, I wanted to share this video that’s been going around the blogosphere.  I’m so happy it exists.  I’ve been talking to so many people lately about how zombified we’re becoming as we’re so attached to our phones.  We’re becoming worse significant others, friends, and parents because we pay more attention to our devices and “social” media than to the real people in our lives.  We are becoming worse human beings.  Remember that while you may “need” a phone to function in our modern world, you don’t need to have it glued to your hip, or beeping every time something happens on the internet.  We need real, human interaction in our lives, and to get that we may have to start a type of revolution.  Even if it’s ironically internet viral.

*I am an affiliate of Republic Wireless, and links provided herein reflect that.  Because of our relationship, I received my phone free of charge along with a few months of free service.  My opinions are my own, regardless.  I wouldn’t have made the switch if I didn’t whole-heartedly love my first experience, and I definitely wouldn’t have written even more positive words if my second experience hadn’t been so incredibly fantastic.*

32 thoughts on “Making the Switch: How I’m Saving $100+ Every Month on My Cell Phone Bill”