It was so worth every ounce of anticipation. And every mile driven.

We have a kiddo who needs a little extra help, and the staff both at the Farm Show Complex and the event itself were first class. They let us go in a couple minutes early to alleviate any inconveniences for our family. You don’t find appropriate accommodations everywhere you go; it felt fantastic to not only have our needs met, but to have them met with smiling, welcoming faces by people who went out of their way to show us around and make themselves available throughout the day.

It also allowed us to have a pretty cool view of this: 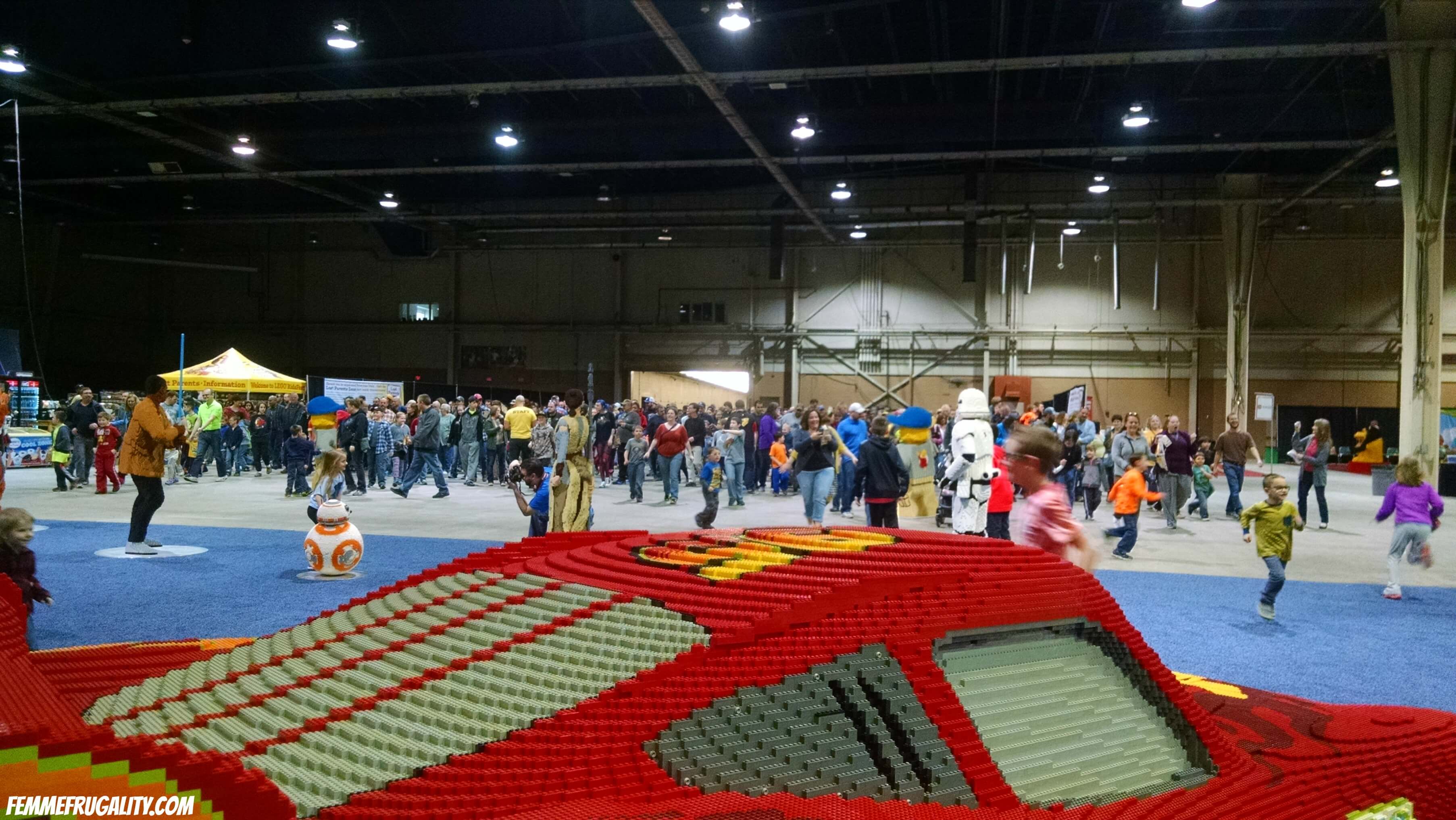 After they are done explaining all the cool things to do, they let everyone in the “line” run into the displays and expositions. The joy and unbridled enthusiasm of all those kids was an awesome thing to see. 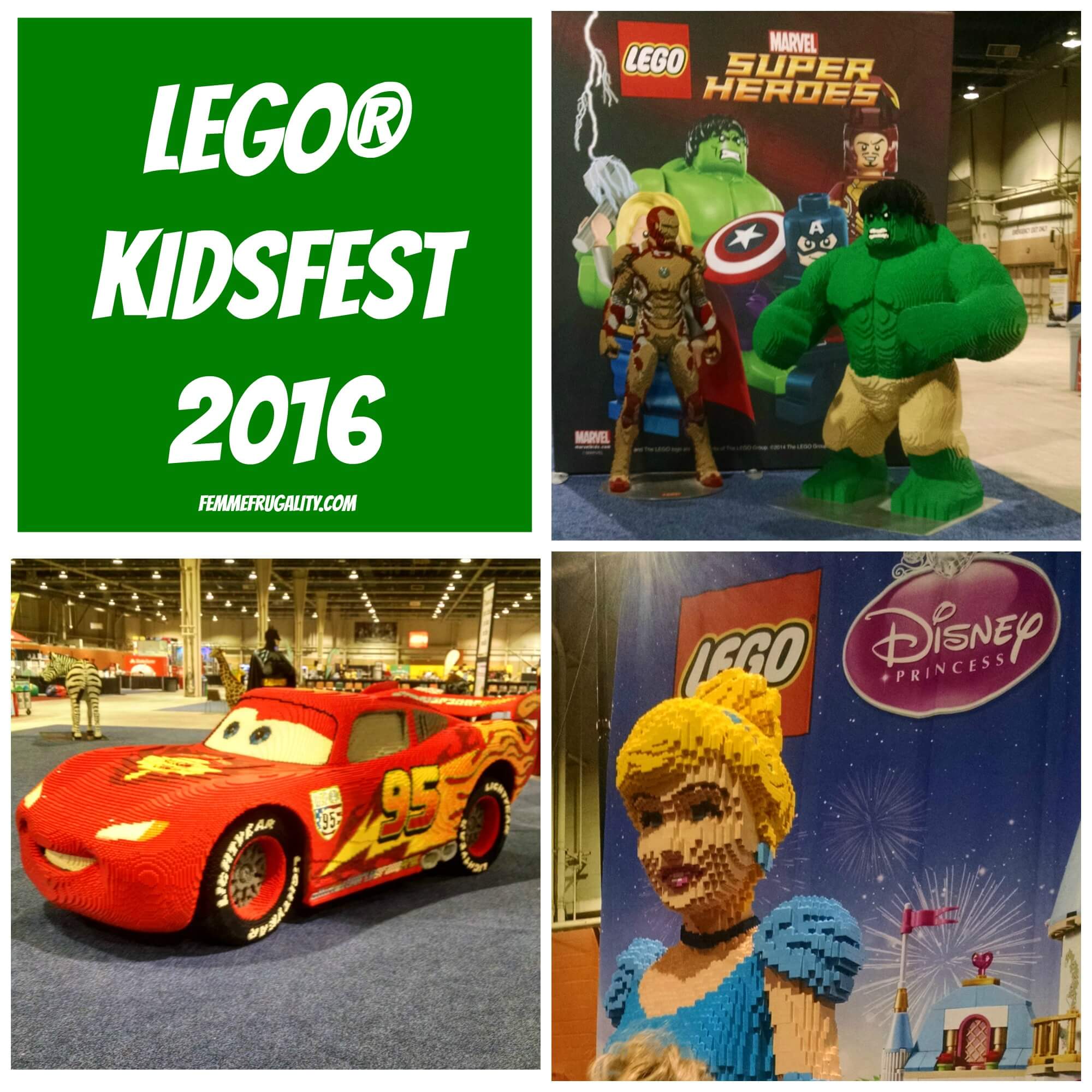 There were tons of castles, an elven fairyland that lit up and moved, and an awesome map of the US built up with 3D landmarks. 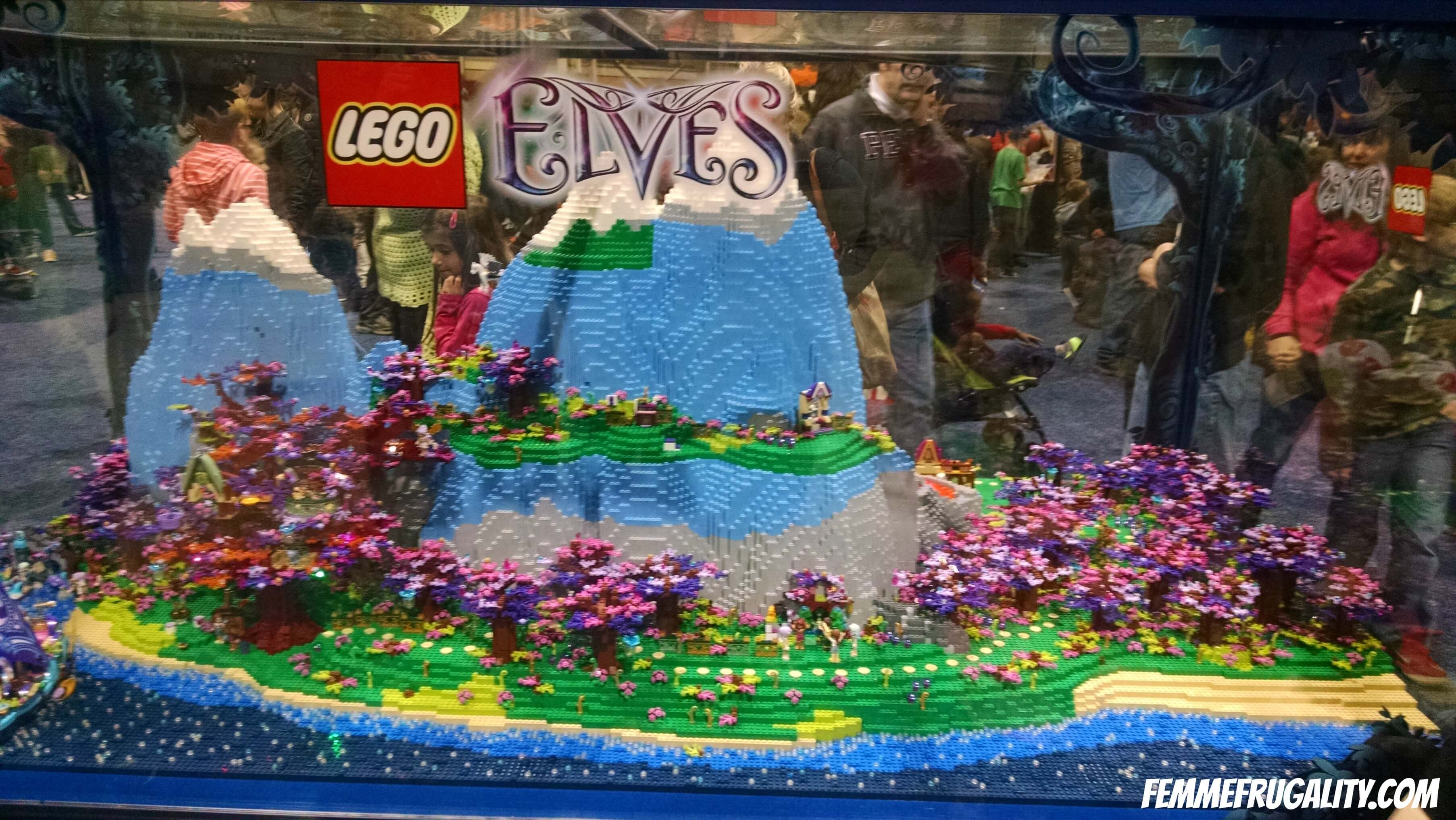 We sat in this giant pile of LEGO bricks as we experimented and played. 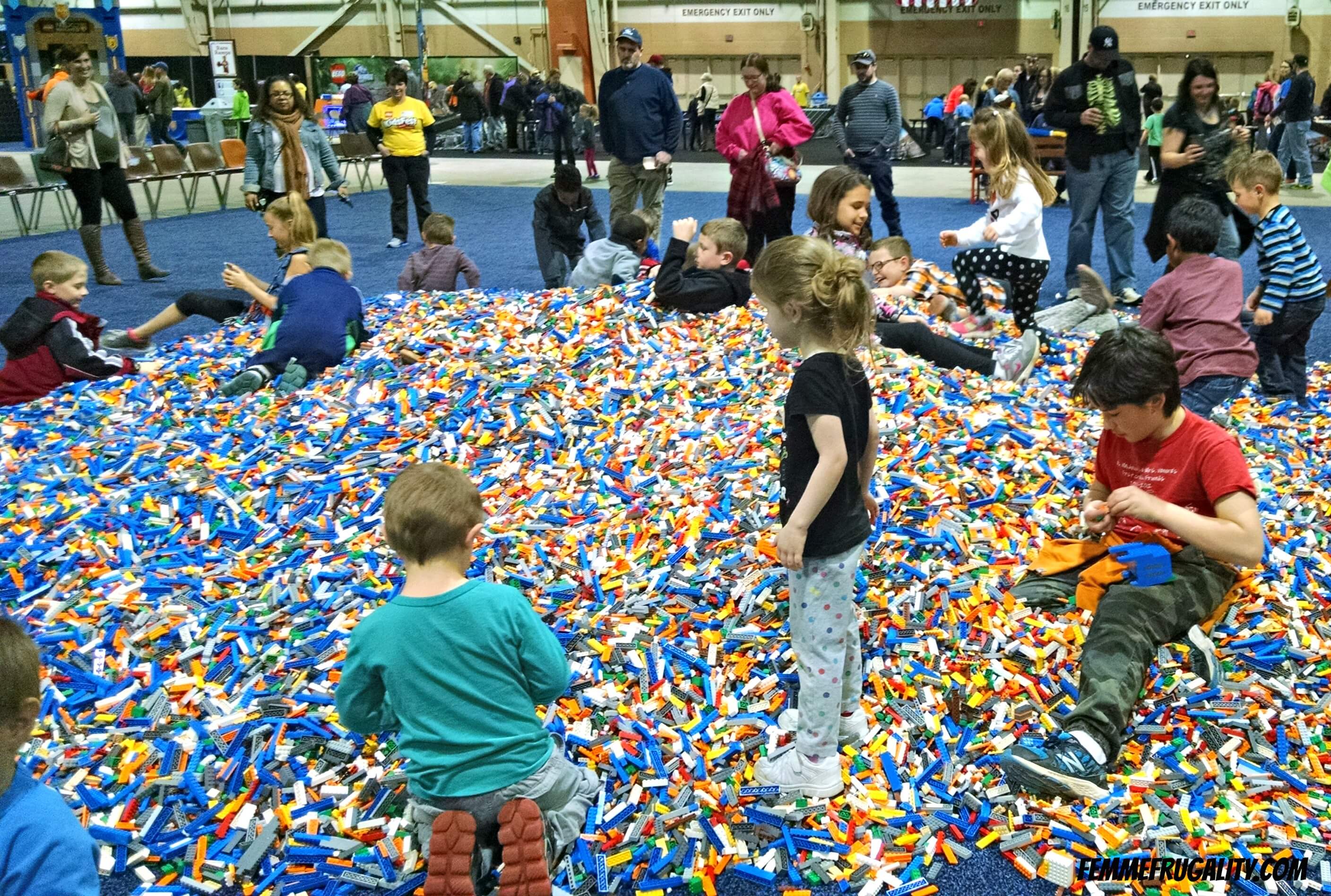 There was even a display case for the kids’ creations. 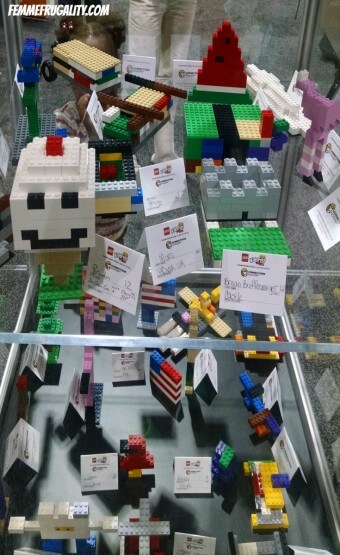 We got to check out the new Santoki LEGO Stationary, too. They have pens, erasers, pencils, markers, rulers, and even journals that you can literally build on. They’re pretty dang cool. I’m now the proud owner of two of their pens: 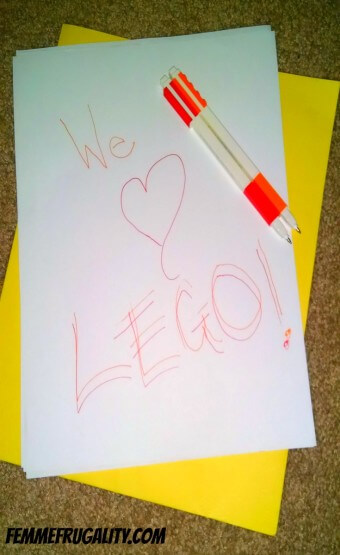 I learned some interesting facts, too. Did you know there are only three LEGO Masterbuilders in the entire world? Two of them were at the event in Harrisburg! You could sign up for sessions with them, but my kids were regrettably a little too young to sit for them. 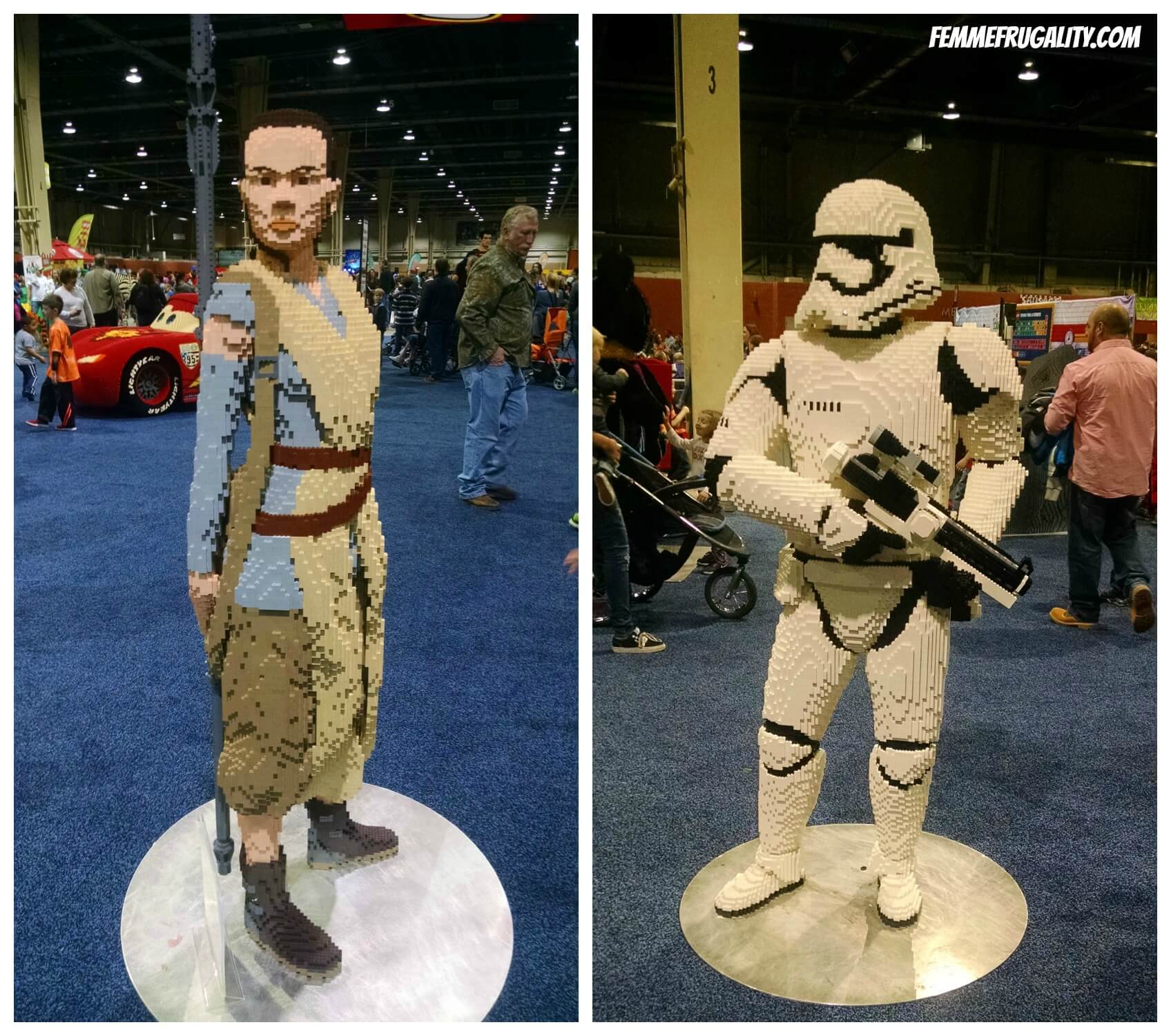 There were also opportunities to play video games and watch Cartoon Network on a giant TV surrounded by LEGO creations; both of these our attention span was too short for.

But at the price, $19-$22 depending on the session time, there’s no need for FOMO. We can come back in subsequent years, and have a whole other experience without going broke. That’s what I loved most, I think. At a reasonable price, they held back no punches, and really gave a value-packed, age-appropriate experience to such a wide range of children.

Have you even been to a LEGO event? Would love to hear about it in the comments!

*In order to write this post, I was provided with free tickets and stationary products.*