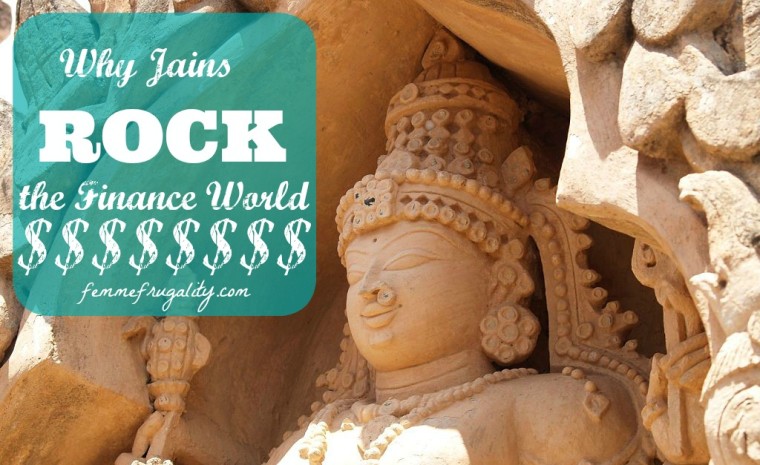 Sometimes it can be tempting to surrender doing the right thing in order to make a quick buck.  Or even a lot of bucks.  But long-term, honesty and good ethics will get you a lot futher.  Just ask the Jains, who happen to do very well in the fields of real estate and finance.

Jainism is an Eastern religion based in India.  While parts of it are similar to Buddhism, it is its own distinct religion, also independent of Hinduism.  The prevailing belief that drives their spiritual path is that all people, animals, and plants have souls, and no one of those souls is greater than the other.  They strive to escape the cycle of reincarnation, and this can only be achieved through ridding themselves of all karma, by doing no harm to any living thing.

Jainism has no clergy, but they do have monks and nuns who live the religion to the letter of the law in order to escape the cycle of reincarnation.  The nature of doing no harm to any living thing in any way means that most of these monks and nuns rely purely on charity to survive.  They can’t kill a plant, so they beg for vegetarian scraps.  Other Jains are happy to provide them, but they must truly be leftovers, and cannot be prepared with the intention of giving them to the monks and nuns.  One sect even forgoes clothing as it is a worldly posession, and provides the opportunity the avoid shame, one of the many earthly emotions that the enlightened must be immune to.

Even the monks and nuns know it is unrealistic to ask everyone to live like this.  That’s not the goal.  The goal is personal enlightenment.  Because without others who were willing to harvest plants for food, no human being would be able to survive.  Including the monks.

Making a Living as a Lay Jain

Jains who are not monks or nuns (or lay jains) do their best to live in accordance with the code, but do not adhere as strictly as the monks and nuns.  They are vegetarians, refusing to harm animals, and in many cases, go out of their way to help harmed animals individually and by establishing organizations to do so on a larger scale.  They must be non-violent unless in self-defense.  They are the epitome of minimalists, owning only what they need and giving away their surpluses.  There are also very strict and unique rules on chastity.

But the reason Jains rock the finance world is because they must always be honest, and never steal, cheat, or avoid taxation.  They also do very well in real estate for these same reasons.  Even a lie through omission is not permissible.  While many others in these fields do and say what they need to in order to get ahead, you know that Jains are trustworthy.  And when we human beings trust someone unequivocally, we are going to give them our business.  Again.  And again.  And again.  And that is why Jains make the ranks of India’s top bankers.  (This concept is very similar to Buddhism’s Right Livelihood, though, again, these are totally separate spiritual philosophies from one another.)

Do you feel that your job ever puts you in a situation where you are pressured to be dishonest, even simply through omission?  Do you think your career would be better helped by a reputation of honesty, even if it meant the loss of a client or income in the short-term?  I would love to hear your thoughts in the comments.

17 thoughts on “Why Jains Rock the Finance World”