Hey, guys! March 8th is International Women’s Day. To celebrate, I got together with some fab personal finance bloggers to arrange a blog tour. Each one of us answered the question, “Why is financial independence important to you as a woman?”

Keep scrolling to read Robin’s piece. It’s deep, and will definitely leave you thinking about money on another level.

Want to check out other posts in this blog tour? You can do so here:

And now, without further ado, I introduce you to Robin from Mastering the Side Jam:

In honor of International Women’s Day, a group of female writers were asked to share why financial independence is important to them as women. I decided to participate, knowing my story might be a bit different than others in my age range. I’m located squarely within the Generation X era, generally considered to be middle-aged.

Far enough from youth that one would assume I’d have a fair amount of knowledge and wisdom. And while I won’t exactly dispute that, I will say I’ve worn my share of blinders over the years.

But also, I love having opportunities like this, as it provides a venue to experience and share many unique perspectives. Because every story is different. Every scenario weighted and affected by millions of decision points. Not one person has a life, or background, or “why” precisely the same as someone else’s. We are a product of our genetics, upbringing, influences, experiences, actions, choices, and challenges.

So why is financial independence important to me specifically?

I think it essentially comes down to how complicated life can sometimes become. Because for all the planning, and education, and best-laid plans …. well, you’ve probably heard the end of that phrase. No matter how much time you’ve spent in painstaking preparation, things don’t always go the way you expect them to.

Case in point: I am in a long-term, committed relationship. However, I am not married. Our relationship has lasted a lot longer than the marriages of some friends and peers. But just the same, we have no legal document saying we are responsible for, or indebted to, one another.

In addition, I’ve been the parent of two children who are not my own. I chose to raise them, provide for them, support them emotionally and financially. That was my decision. Do they owe me anything? No, of course not. I am not their mother. I love them like the children I never actually had (and never will.) But they technically don’t owe me a thing.

As I grow old and gray, there’s no guarantee I will have anyone to care for me in my later years. There’s no reason to assume they will provide assistance, like one might expect children to care for their aging parents. While I do give them the benefit of the doubt, since they’re amazing young men — it’s not a position I prefer to even put them in.

In my early 20’s, I willingly entered into a relationship with a single father of two children. Their “real” mother had hightailed it out of there, for reasons no one will ever know. But I knew what I was getting into. I was fully aware of what I might be giving up. How they would always come first, since they were his flesh and blood. I was just the person who cooked, cleaned, paid bills, packed lunches, attended school conferences and baseball games.

Putting the needs of all others above my own, because that’s what a mother does. (Even though I’m not a mother.) 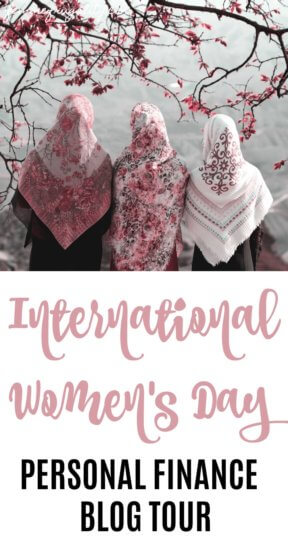 They’re grown. What next?

Twenty years later, they have sprung into adulthood. They’re self-sufficient, and I am nothing but proud of all they’ve become. But as they get older, their lives will begin to evolve as well.

They’ll fall in love, get an apartment or a house, begin a family. Do I want to remain a part of their lives? Absolutely! But that’s not an ironclad promise. Because their “real” mother may enter back into the picture. They may begin to feel nostalgic, and forgive all of her transgressions.

And if their father and I part ways someday? There’s a chance I may be cut out of the fold. After all, he is true family, and I’m not. What loyalties do they have for me, over him? When push comes to shove, if they’re forced to take a side, I know it would be him. It would have to be, since he’s their father.

He and I have never married, which I suppose makes it both better and worse. Better, because we legally don’t owe each other a thing. Worse, because it would almost be too easy for one of us to make that decision, take that leap. No messy divorce red tape to cut through, because we are just “dating.” (For twenty years.)

Because of that, he also does not owe me anything. All I did was raise his children, keep house, act as disciplinarian, and give up a huge chunk of my youth and child-bearing years. But that was my choice. I know that, and have no regrets.

Raising those boys has been the absolute best part of my life, and I truly believe it was my purpose. But also, acknowledging there is no pot of gold at the end of the rainbow. “Why bother changing now? We’ve made it this far — and marriage is just a piece of paper.”

And now that I’m a bit older, wondering where my life has gone — there’s a renewed frenzy to start getting my financial house in order. Because back then, I was needed. Whether appreciated or not, I was a staple in the household. They couldn’t get by without me. And now they can.

So the years of putting others’ needs ahead of my own are finally beginning to gnaw at me. A lack of savings, inadequate retirement plan, barely perceptible emergency fund. Those are things I’m in the process of building, because no one else is going to do it for me.

I have to learn how to be self sufficient, financially independent, if need be. To have a handle on where the next phase of my life is headed.

I know plenty of middle-aged single women, who have been operating on their own for many years. And I know just as many middle-aged married women, who have the inferred safety of leaning on another for financial worries. And I’m not sure where I might fit in with these groups.

Because although I’ve been part of a family unit for an extended amount of time, I’m still essentially on my own. When it all comes down to it, no one is going to take care of me, except me. And that is my goal in pursuing financial independence.

So why is it important for me to be financially independent? Because there’s that possibility I may have to fend for myself one day. No one else has an obligation to care for me — which is a scary realization.

And while my circumstances may be a bit unique, I’m pretty sure there are women out there who may be in a similar situation. Putting too many eggs into one basket. Betting on something that is far too risky to gamble.

After years and years of giving pieces of yourself, be careful you haven’t given away too much. Make sure you have something else to fall back on, just in case you need it. And if you don’t — well, then that’s the best possible insurance policy for you to hold on to.