Prepare to enter the paranoid inner ramblings of my brain.

In exactly six months, the world is set to end according to the Mayan calendar.  I’m freaking the heck out.  When I first learned about this, the year was 2004.  I figured I had plenty of time to prepare and do everything I wanted to.  Eight years seemed like a long time.

Six months isn’t.  For a while I allowed myself to pretend like I didn’t believe it.  Like it wasn’t going to happen at all.  I was reassured when the news report came out saying they had found some stone or something that calculated time beyond December 21, 2012.  Then a sudden realization dawned on me.

Of course time is going to continue after Armageddon.  It’s entirely egocentric to think that just because the human race is decimated or crippled that time will cease to be.  The Mayan calendar ends on a long count cycle.  They’re about 5,000 years long.  At the end of every cycle, there is some catastrophic event and then a following rebirth of the earth. 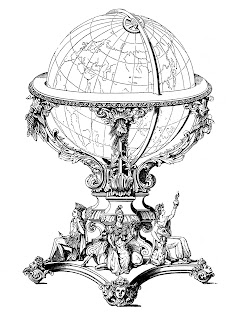 The last event, if I’m remembering from my readings correctly, was a monumental flood.  Sound familiar to you?  Probably, because almost every culture ever has a story about a great flood and a couple who survived it to repopulate the earth.  This next long count cycle is supposed to end in a rain of fire.  That also sounded familiar to me, as the same prophecy is made in the Bible.  Nostradamus made a similar prediction.  (But that man made a lot of predictions…some of them were bound to be correct.)  Washington had a dream about three wars in the Americas…one he knew:  the revolutionary war.  The next was described as what we now know as the Civil War.  The last people were walking around burning.  If you know of fire ending the world in any other cultures, I’d love to hear about it, though it will fuel my paranoia even further.

I really don’t want the world to end.  I enjoy living this life and am not at a spiritual place yet where I am able to let go of the physical.  I love my family.  That’s the biggest thing.  I don’t want that to stop existing.

So if the world does end, how will you spend your last six months?

Eat, Drink, and be Merry for Tomorrow We Die
I imagine if you are certain the world will end, you may fall into this category.  Usually this mantra is prescribe to wicked sinners, but really, you don’t have to be a drunk glutton for the concept to apply to you. Will you be racking up your credit cards so that you can have all the fun you can while you’re around?  Scratch off some major things on your bucket list?  Travel to see those things you never have before?  Buy awesome clothes?  Eat at lavish restaurants?  If the world ends, it’s not like your credit score is going to matter one bit.  So why not have fun while it lasts?

Stock Up on Survivalist Gear
This is what I’m leaning towards.  If I’m sure the world is going to end.  Which I haven’t decided yet.  Drain savings accounts and max out credit cards to buy books telling me how to live in a post apocalyptic world, weapons, canned food, seeds, some type of water filtration system, tents, hard core blankets and clothing, radios, generators, tents, candles…the list goes on.  I don’t know why I’m inclined to think that if everything is lit on fire, somehow I will survive.  Maybe I just have to hold on to a little sliver of hope.  Maybe I should instead learn to let go of the material or strengthen my faith in the spiritual.  Until then I’ll be planning my purchases like the Japanese (who apparently are all into survivalist gear in their post-tsunami mind state, bless them.) 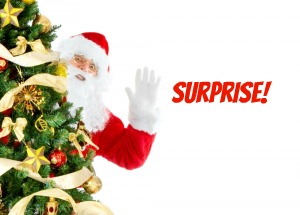 Let’s say you’re 100% sure we won’t be here on December 22.  And then you wake up and it’s three days till Christmas.  UH-OH!  You were wrong.  Don’t feel too bad.  We’re all wrong sometimes.  But if you did either of the above mentioned things, you’re in big trouble now.  You have no savings, tons of debt, and probably no gifts to put under the tree.  (Although I do know some people who are celebrating Christmas early this year so they actually get to celebrate it.)  Maybe that’s enough of a reason to convince yourself that nothing’s going to happen.  Even if you’re sure that it is.  Live your life like you’d live your life anyways, because if it starts raining fire, there’s not a whole lot you can do about it.  But if it doesn’t, you’ll still have some semblance of a bank account.  Which will allow you to live the rest of your life as happily as you would have if you didn’t buy into ancient prophecies/astronomy.

I’m not Advocating Any of This
I have a disclaimer for the site, but this post feels like it calls for an additional one.  I do not know if the world will end.  This is pure speculation from someone who has read a lot of science/fringe science on the matter; not an expert.  You cannot hold me accountable either way.  In addition, I am in no way a financial adviser.  If you’re looking for personal financial advice, about the end of the world or otherwise, you should seek out a professional.

14 thoughts on “If the world is ending, is it time to rack up your credit cards?”