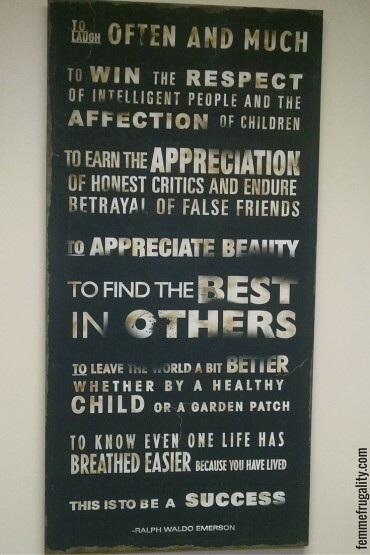 Okay, so it wasn’t actually Emerson that said this. But it’s great food for thought regardless of attribution.

A big part of establishing your financial goals is determining your “why.”  I hadn’t asked myself this in a while, so recently I decided to sit down and reevaluate.  I’m not sure if asking why is the right question, though.  Because here’s what I came up with when I asked myself why:

There were quite a few other justifications I didn’t include in there for your sake, but that’s the general picture.  By asking why, and digging deep, all I found was uncertainty.  A worship of work abounds in our culture, but the more I live my life the more I realize I want to build other aspects of my life.  I don’t want to be a lazy  mooch, but I’m not quite sure why I put all the pressure on myself that I do.  Because this is what happens when I ask myself this question:

What would you do if money were no object?

Want to know the crazy thing about all of that?  Almost none of it requires tons and tons of money.  The thing about taking my kids to do cool stuff reveals more about my insecurities as a mother than their interest in crazy expensive experiences.  At this point in their lives, spending time with mommy anywhere is more important than participating in the coolest parts of pop culture.  I guess I should average out for that changing in coming years, though.

But everything else requires time.  So what I actually want isn’t money; it’s time.  And my lifestyle of preference apparently doesn’t require as much financial maintenance as I had previously thought.

Have you ever evaluated your “Why?”

10 thoughts on “If Money Were No Object…”