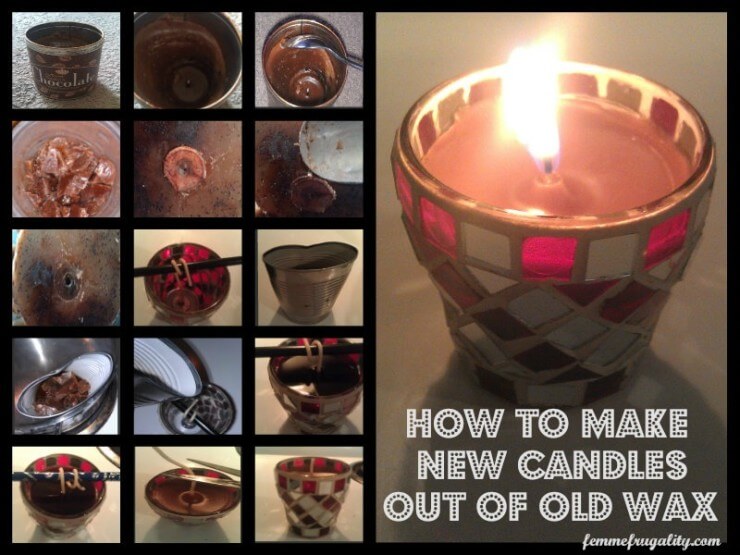 This happens to me a lot.  I have old candles that I love that end up burning weird so that there’s a lot of actual wax left, but not enough wick to burn it.   In the past I’ve just sadly thrown them away.  NEVER AGAIN!

Here’s how I upcycle all that old wax into new candles. These can be for personal use, or serve as really easy, home-made gifts.

This round’s victim was my Chocolate Aunt Sadie’s candle.  Burned in the past mostly around Valentine’s day, it would have me salivating within seconds. 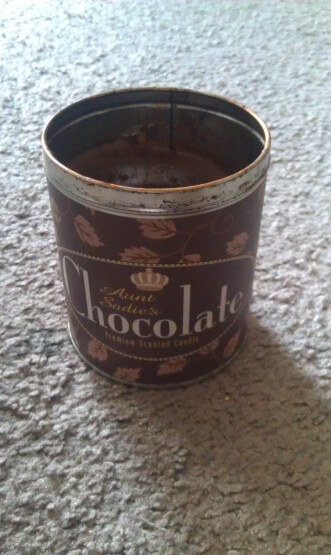 The first step is to get a spoon and chip the wax out of your container.  The metal circle that holds the wick in the bottom will probably be stuck.  Just use a spoon to pull it out from the bottom once you get there.  Then break up the wax into meltable, even chunks.  I was going to reuse the container, but mine ended up looking like this: 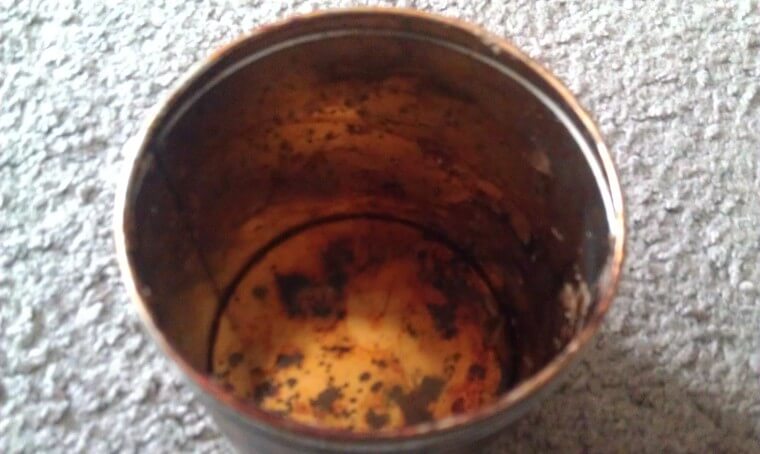 So it was off to the recycle store with that mess.

I had a couple of votive containers I have been using over the years.  I originally got them at the dollar store.  So I just used a couple of them as my new candle containers.  Before I melted the wax, I prepped the containers by lining up the wick to the bottom center, and wrapping the wick around a pencil that would hold it in place while I poured: 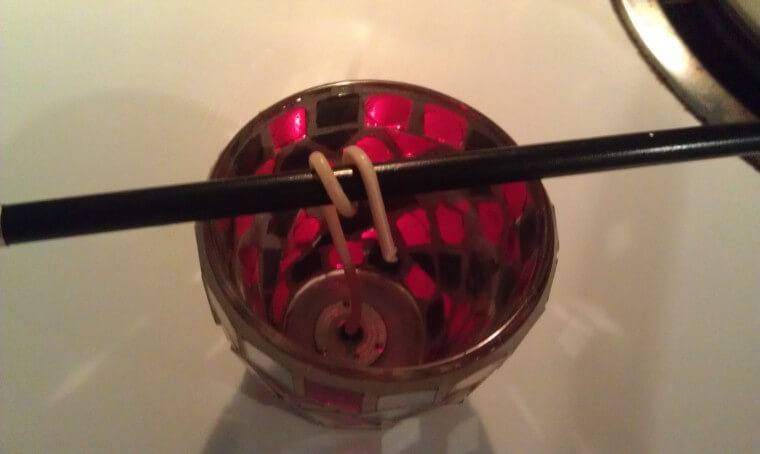 Then I actually melted the wax.  You could use a double broiler, but I have nothing that fancy.  I just filled a pot with a couple of inches of water, brought it to a boil, and then stuck a tin can with the wax chunks in it so it would melt without ruining my pot.  I bent the can so that when I poured the wax out it would act as a spout. 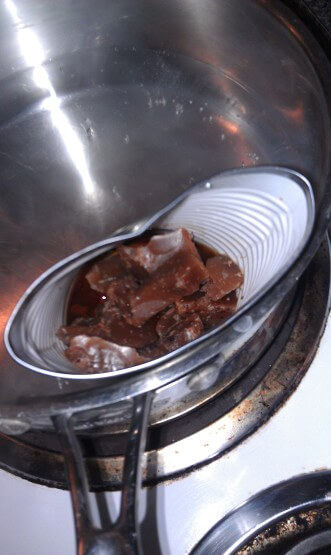 NOTE: Be mindful and careful when burning the wax! Do not leave it unattended.

After the wax was melted, I poured it into two of my containers, almost as full as I wanted them.  I then let them cool completely (which took overnight in my case, but will vary with the original candle you used.)  Then I melted down a little bit of the wax I had saved to top them off so they would burn right.  I let that cool, trimmed the wick, and I was done! 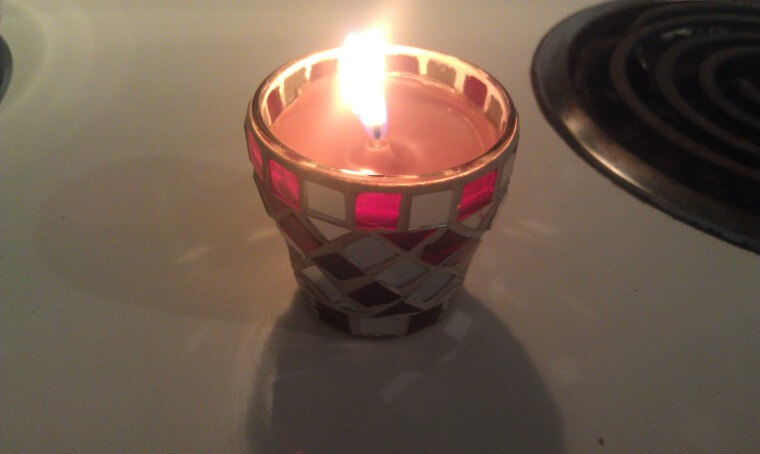 I got two new candles out of something I would have previously thrown away.  I’m keeping one, and I haven’t decided yet whether to keep the other or gift it.  I was surprised at how easy the entire process was:  the longest part was waiting for the first cooling.